Is the Media Even Aware that Trump Has Had a Grudge Against the NFL Since the 1980s? 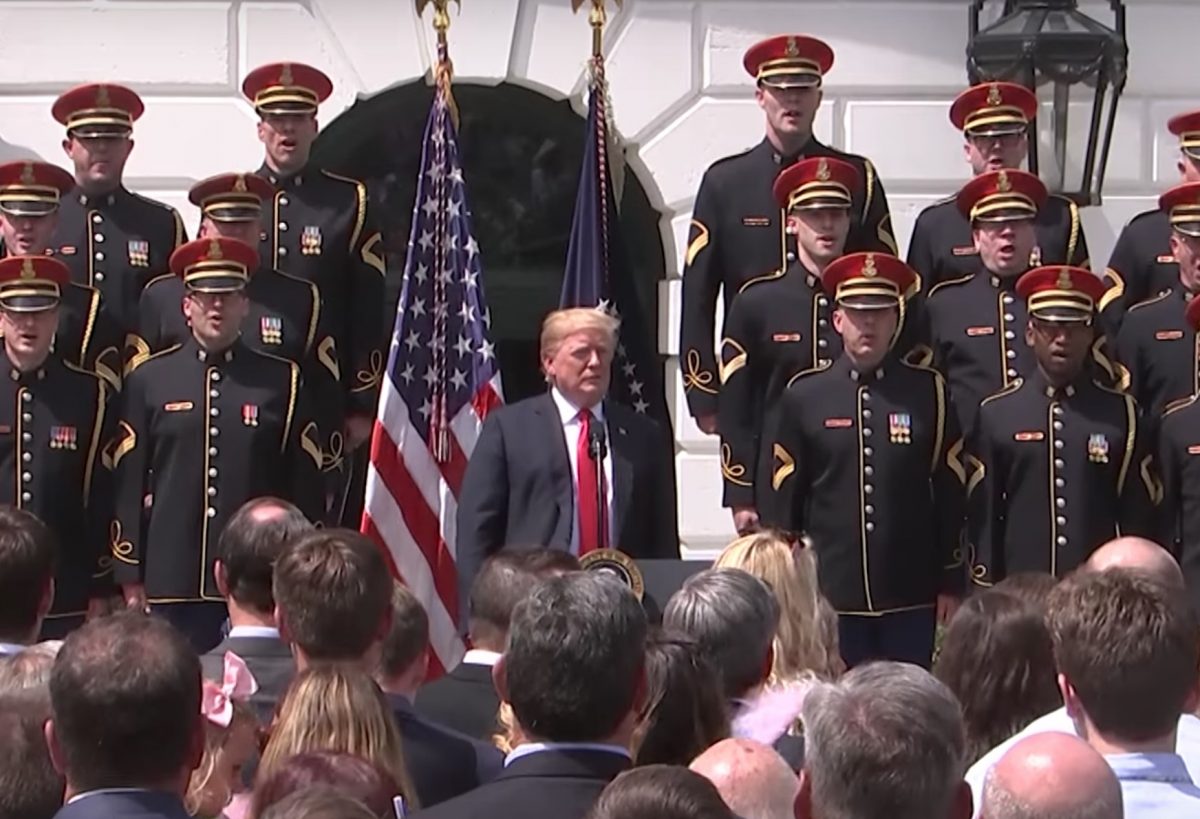 It has always amazed me how short, even in the era of easy access to history provided by Google, the memories are of most of those who are reporting the news. This, combined with a stunning inability to put pieces of even rather simple puzzles together, often makes for a dicey combination when it comes to how important stories are told.

We are now almost a year into the contrived battle between President Donald Trump and the NFL over the national anthem, which is easily the most overblown narrative of the Trump administration, if not the country itself. And yet, I surmise that a huge majority of the population still has no idea about what may be the key fact which is driving at least part of the controversy.

I am referring to the reality that Trump has a very clear and deeply intense reason to possess a personal vendetta against the NFL which goes back to the mid-1980s. It was then that Trump, an owner of the New Jersey Generals of the rival USFL spring football league, tried to compete with the NFL and got completely crushed.

Trump, an incredibly insecure narcissistic egomaniac, has always desired to be seen as part of the really rich people’s club, and wanted a way to prove the prodigiousness of his manhood. I believe this is because Trump has never been really very wealthy, and is a guy who dodged the Vietnam War after being forced to go to military school because he was too much of a brat for his parents to put up with.

Owning an NFL football team, especially in the 1980s, would have validated everything Trump fears about himself to be fraudulent (because it is). When his Hail-Mary pass failed, and the USFL went needlessly under thanks almost entirely to Trump’s hubris, he was publicly humiliated.

He then led an anti-trust lawsuit against the NFL and “won,” though his side only received $3. In exchange, Trump would effectively be forever black-balled from the hyper-exclusive club of NFL owners (even if he had the money to buy a football real team, which he didn’t then, and he still doesn’t now).

All of this history, given Trump’s well-documented personality disorders, provides incredibly important context for his current war with the NFL. After all, this is a man who famously ran for president because Barack Obama insulted him at a comedy dinner, so the idea that he is being motivated, at least in part, by a long-held grudge against the NFL is hardly a stretch.

However, bizarrely, the news media hardly ever even mentions it. It is almost as if they don’t even seem to know that it ever happened.

Instead, most of the media coverage surrounding the flap over Trump disinviting the Super Bowl champion Philadelphia Eagles to the White House has centered on Trump’s alleged racism and his desire to appeal to his political base of white males. The rest of it focuses on Trump acting like a king and punishing those who don’t properly bow to him in the form of forced “patriotism,” or just his fear of being embarrassed by a small turnout.

Now, to be clear, Trump’s fight with the Eagles has provided plenty of legitimate fodder for each of these narratives, with plenty of blame for a lot of awful behavior to go around.

Trump has transparently tried to make disinviting the Eagles about them not standing for the anthem, but that, no matter how hard the state-run propagandists at Fox News tried to spin it, was a bald-faced lie. His spokesperson Sarah Sanders has been equally duplicitous in her attacks on the Eagles, though I don’t think the team (of which, as a kid who grew up just outside of Philadelphia, I was once a die-hard fan) really dealt with this issue in good faith either. The contrived “patriotic” event which replaced the Eagles celebration was as cynical as it gets and, frankly, a bad joke.

I have no doubt that Trump is continuing to hammer this asinine issue because he thinks it is a winner politically, but I am convinced that this whole thing is also Trump’s way of getting back at the NFL for having committed the most egregious sin one can commit in Trump’s World: Making Trump look and feel badly.

Ironically, if the media educated the public to Trump’s petty historical motivations here, and at least some people realized that the patriotism angle is just a contemptuous ruse, it may not end up being a political winner at all for the president. After all, using the American flag to cover up your own personal grudge against the professional version of America’s favorite sport is dastardly enough to turn off at least 1-2% of Trump’s cult-like support.

As for why I am no longer a big Eagles fan, that goes back to 1995 when their current owner, Jeffrey Lurie, backed out of rehiring my childhood hero, Dick Vermeil, as the coach of the team. You see, Donald Trump isn’t the only one who can hold on to a good grudge.