7 Biggest Takeaways From the Mueller Report 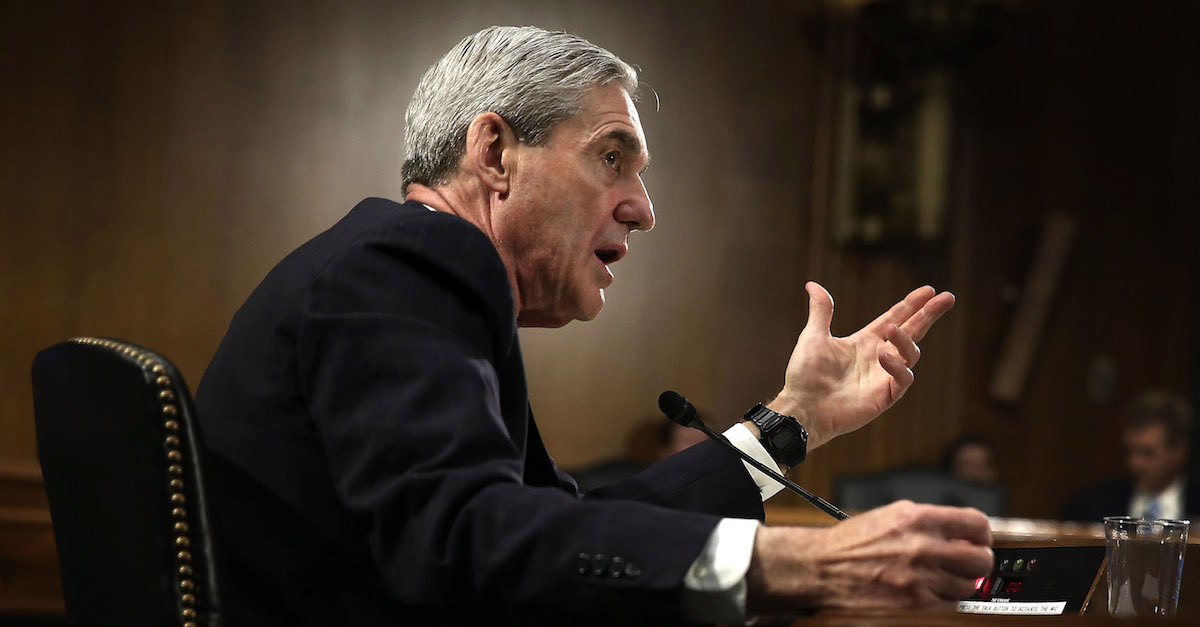 The wait is over: Special Counsel Robert Mueller‘s massive report on his investigation into President Donald Trump and Russian interference in the 2016 election dropped on Thursday, with some light redactions.

The report is sprawling in scope and length, clocking in at 448 pages. In the minutes after its release political and legal pundits scrambled to analyze the tome, wearing down the Ctrl-F buttons on their laptops.

We have known for weeks that the report would not result in an charges against the president, thanks to Attorney General William Barr‘s summary, which reported (1) that Mueller did not find evidence of a conspiracy between the Trump campaign and Russia, and (2) that Mueller declined to draw a conclusion on obstruction of justice. Barr made that decision for him, announcing the president would not be charged with obstruction.

Nonetheless, the full report, which is the result of a nearly two-year investigation that has captivated the United States, rocked the political world upon its release given the trove of new information contained within. Here are the top seven takeaways:

1. The investigation did not establish a criminal conspiracy

Barr’s conclusion that the investigation did not find evidence of a criminal conspiracy between the Trump campaign and Russia was confirmed in Mueller’s report — but the picture the special counsel painted was less rosy than the attorney general.

Here’s the key paragraph, from the executive summary of the collusion section of the report:

Although the investigation established that the Russian government perceived it would benefit from a Trump presidency and worked to secure that outcome, and that the Campaign expected it would benefit electorally from information stolen and released through Russian efforts, the investigation did not establish that members of the Trump Campaign conspired or coordinated with the Russian government in its election interference activities.

The report did outline some indirect possible coordination between Trump and Russia, including his statement in July 2016 statement: “Russia if you’re listening, I hope you’re able to find the 30,000 [Clinton] emails that are missing. I think you will probably be rewarded mightily by our press.”

2. Mueller did not charge Trump with obstruction. But he couldn’t exonerate him.

Mueller’s report established early on that it planned to follow Justice Department guideline against indicting a sitting president. And while there were issues with bringing a case on obstruction, the report was clear that it did not exonerate the president.

The report recounted 10 “episodes” involving the president and potential obstruction of justice, before concluding:

Because we determined not to make a traditional prosecutorial judgment, we did not draw ultimate conclusions about the President’ s conduct. The evidence we obtained about the President’s actions and intent presents difficult issues that would need to be resolved if we were making a traditional prosecutorial judgment. At the same time, if we had confidence after a thorough investigation of the facts that the President clearly did not commit obstruction of justice, we would so state. Based on the facts and the applicable legal standards, we are unable to reach that judgment. Accordingly, while this report does not conclude that the President committed a crime, it also does not exonerate him.

Barr ultimately made the decision for Mueller, announcing the DOJ would not prosecute the president for obstruction.

Mueller’s report said Trump’s written answers in response to their questions were “inadequate” as well as “incomplete or imprecise.”

Ultimately, Mueller’s team determined it wasn’t worth issuing a subpoena to interview the president in person, after weighing “the costs of potentially lengthy constitutional litigation, with resulting delay in finishing our investigation, against the anticipated benefits for our investigation and report.”

Trump’s first reaction to learning from then-Attorney General Jeff Sessions that a special counsel was being appointed: “Oh my God. This is terrible. This is the end of my Presidency. I’m fucked.”

He proceeded to scream at Sessions for not protecting him, sparking bitter animosity that would flare up in public until Sessions left the DOJ in 2018.

He later added: “Everyone tells me if you get one of these independent counsels it ruins your presidency. Tt takes years and years and I won’t be able to do anything. This is the worst thing that ever happened to me.”

5. Trump tried really hard to stop the investigation. He was saved by his staff.

The report is packed with countless instances off Trump trying to shut down the probe in ways that would have completely screwed him. His staff, fond of ignoring his insane impulses, saved him on more than one occasion.

Mueller’s investigation found “multiple acts by the President that were capable of exerting undue influence over law enforcement investigations, including the Russian-interference and obstruction investigations.”

One such instance: he asked former White House counsel Don McGahn to have Mueller fired. He also asked Corey Lewandowski to have Jeff Sessions, then the attorney general, to limit the scope of the investigation.

Both staffers wisely refused, and McGahn in particular resigned — telling colleagues Trump simply asked him to do too much “crazy shit.”

6. Mueller leaves the door open to Congress on obstruction

While Mueller did not reach a conclusion on obstruction and Barr ruled out a DOJ case against the president, there’s one graf in the report that pundits are focusing on as a potential wink to Congress:

The conclusion that Congress may apply the obstruction laws to the President’s corrupt exercise of the powers of office accords with our constitutional system of checks and balances and the principle that no person is above the law.

In a lengthy passage that follows, the report lays out congressional authority to conduct an obstruction probe — one that could lead to impeachment proceedings.

This may not be of as much legal consequence as the rest of our takeaways from this report, but it’s a media story, we are Mediaite, and this is actually bananas.

Here’s the deal: remember when Sarah Sanders explained James Comey’s firing to White House reporters by saying that “countless” FBI staffers told her they lost faith in him?

Mueller asked Sanders about that comment, under oath, and she confessed that she completely made it up.

In the words of the Mueller report: “Sanders acknowledged to investigators that her comments were not founded on anything.”

There you have it folks. The White House press secretary not only lied, she lied about the pettiest thing imaginable, in order to smear the FBI director the president just fired. If we ever get another press conference during this administration, we hope a reporter asks Sanders why she should be trusted to tell the truth.