Andrew Yang Turns Down MSNBC Invite, Blasts Them on Twitter Instead: We Don’t Need Them 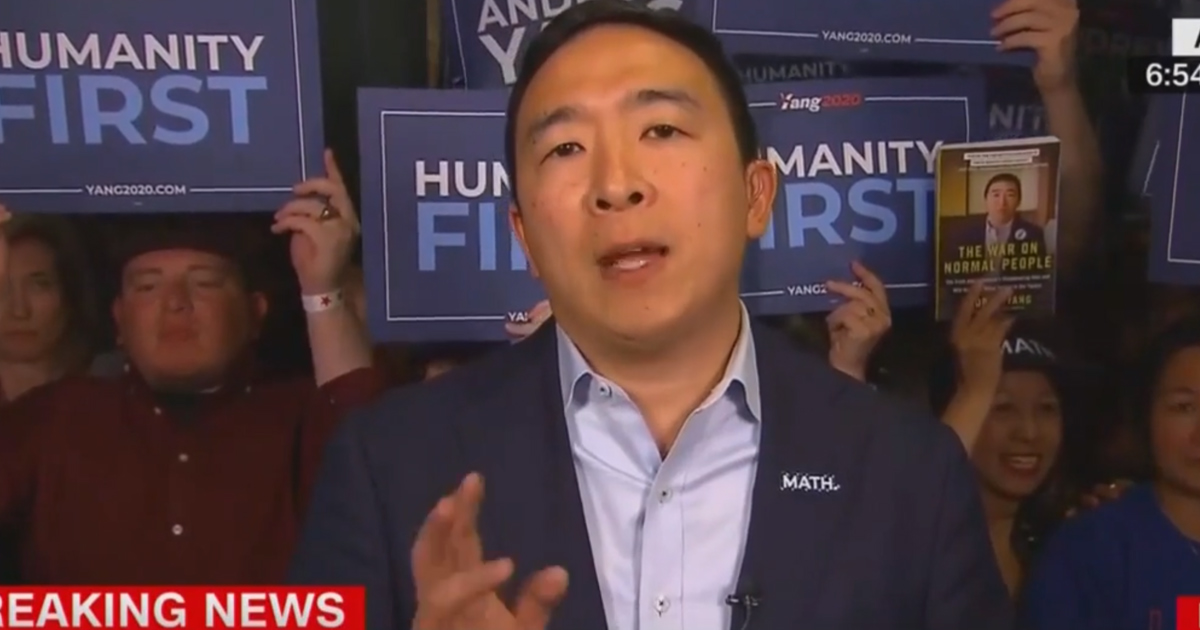 Candidate for the 2020 Democratic nomination Andrew Yang was not happy with MSNBC’s handling of the primary debate on Thursday, a point which he made on air on CNN.

He made the point again on Saturday about what he sees as the network’s biased coverage, when he tweeted about turning down an invitation to go on the network’s air, and gave his reasons why.

Yang said he’d be “happy” to appear on the network if they’ll “apologize on-air” to him, presumably for how he was treated at the debate. Yang told CNN’s Wolf Blitzer that he went extended periods of time without being asked any questions, despite raising his hand for a chance to respond to statements from other candidates, and couldn’t “get a word in edgewise.”

His tweet was more broad, regarding overall coverage of the candidates on MSNBC and air time devoted to individual campaigns.

Was asked to appear on @msnbc this weekend – and told them that I’d be happy to after they apologize on-air, discuss and include our campaign consistent with our polling, and allow surrogates from our campaign as they do other candidates’. They think we need them. We don’t.

He said that MSNBC would have to be willing to “discuss and include our campaign consistent with our polling, and allow surrogates from our campaign as they do other candidates’.”

“They think we need them. We don’t,” said Yang.

Update: Yang added more to his commentary after this article was published.

They’ve omitted me from their graphics 12+ times, called me John Yang on air, and given me a fraction of the speaking time over 2 debates despite my polling higher than other candidates on stage. At some point you have to call it.

The whole time we have gotten stronger. This is actually bad for MSNBC. It will only get worse after I make the next debates and keep rising in the polls. The people are smarter than MSNBC would like to think.