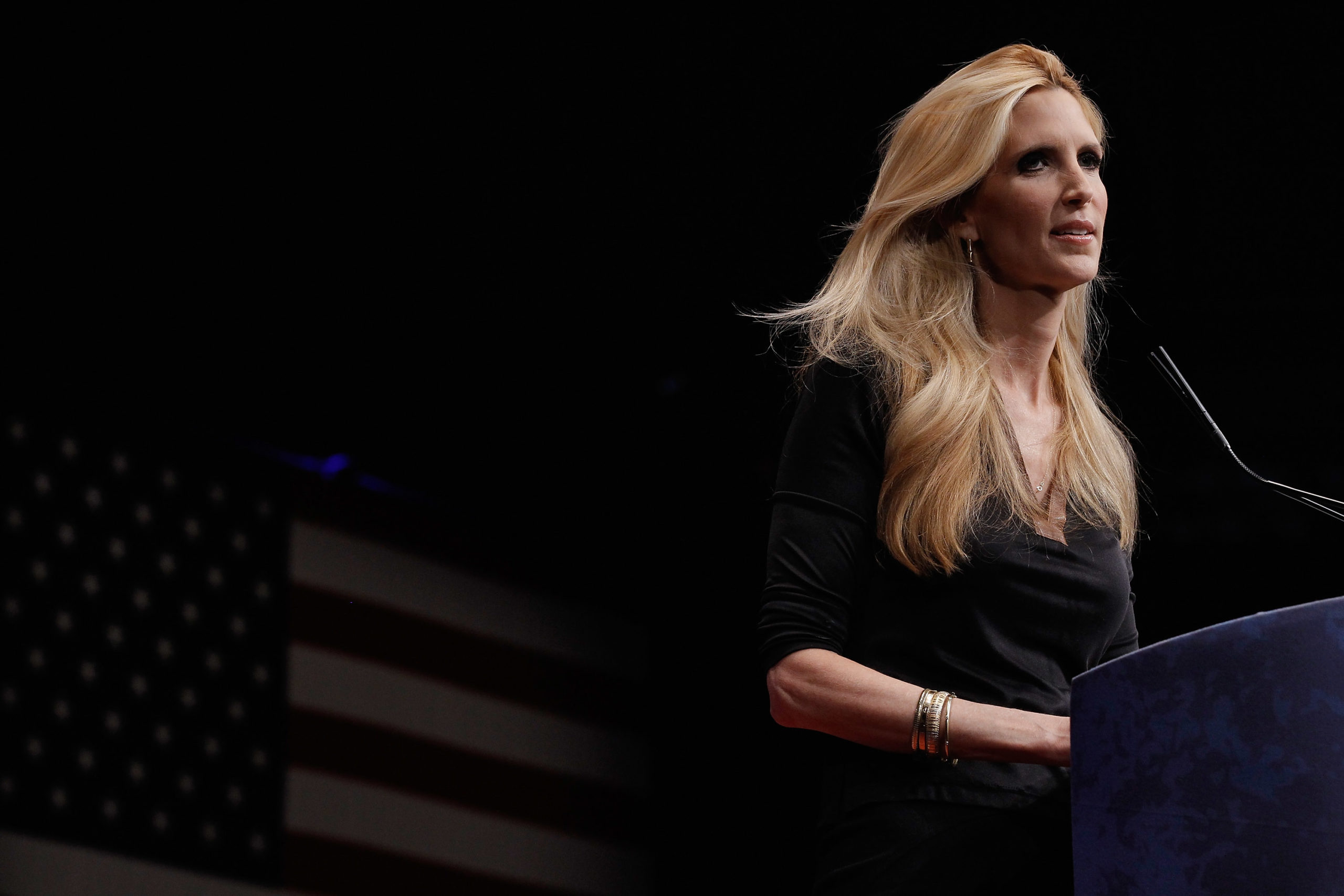 Conservative commentator and author Ann Coulter continued to blast President Donald Trump on a podcast Tuesday for his attacks on former Attorney General Jeff Sessions, calling the president an “egomaniacal baby,” a “childish president,” the “easiest person to play I’ve ever, ever seen,” and a “pussy.”

Following her series of Twitter posts calling out the president for his treatment of Sessions over the weekend, Coulter explained on the Daily Daily Caller Podcast with Derek Hunter what led her to take on Trump.

“At 4:30 in the morning, Saturday night — well technically Sunday morning — I went on Twitter for the first time in a while and I saw this jackass tweet by our jackass president being a big baby blaming Jeff Sessions for the Russia investigation once again,” recalled Coulter, branding the Russia investigation “something that was entirely, 100 percent his fault, I mean apart from the Democrats and liberals who launched it.”

Calling President Trump a “ridiculous egomaniacal baby” and a “childish president,” Coulter noted that Trump, not Sessions, decided to go on Lester Holt’s NBC News show after his decision to fire FBI Director James Comey, which ended up prompting the investigation.

“Trump is the easiest person to play I’ve ever, ever seen,” Coulter declared. “All you have to do is challenge his ego.”

“You can say to him he’s part of a gang that robs a 7/11 and kills the clerk. This is how you get him to confess: ‘I know you didn’t have anything to do with it, you were just like the getaway car driver, right? You’re not a big part,'” she continued, before theorizing that Trump would reply, “No, no!… I’m the one who shot the clerk!”

“That’s Trump. That is our president,” Coulter argued. “So, that’s basically what happened. He goes on Lester Holt and he has to be the big man — ‘No, no, it was my decision. It was my decision to fire the FBI director. This Russia thing it was just getting out of control’ — I mean he rambles and says lots of stuff, but he clearly said that he fired the FBI director because of the Russia investigation… That’s what got him the special prosecutor, because he couldn’t help bragging that he was the one who made the decision.”

Coulter went on, “He does this all the time. So it was 100 percent his fault. It doesn’t matter that it was a phony investigation, we all knew it was a phony investigation from the beginning,” and added, “Contrary to rumor, Jeff Sessions didn’t recuse himself from anything having to do with Russia, he recused himself from anything having to do with the campaign, as is required by law. If the investigation had been a phony story about, who knows, Trump’s business dealings, you couldn’t have Michael Cohen as attorney general, or at least overseeing that investigation of Trump’s business. Jeff Sessions was on the campaign, he could not be the attorney general overseeing an investigation into that campaign that he was a part of.”

“This is basic blackletter ethics law and these morons on an allegedly conservative network that will parrot anything Trump says go, ‘Oh no, he didn’t have to recuse himself,'” she concluded. “He had to recuse himself!”