Elise Stefanik Gets Trashed By Ex-Pals for Her Trumpian Turn: She ‘Sold Her Soul to the Devil’ 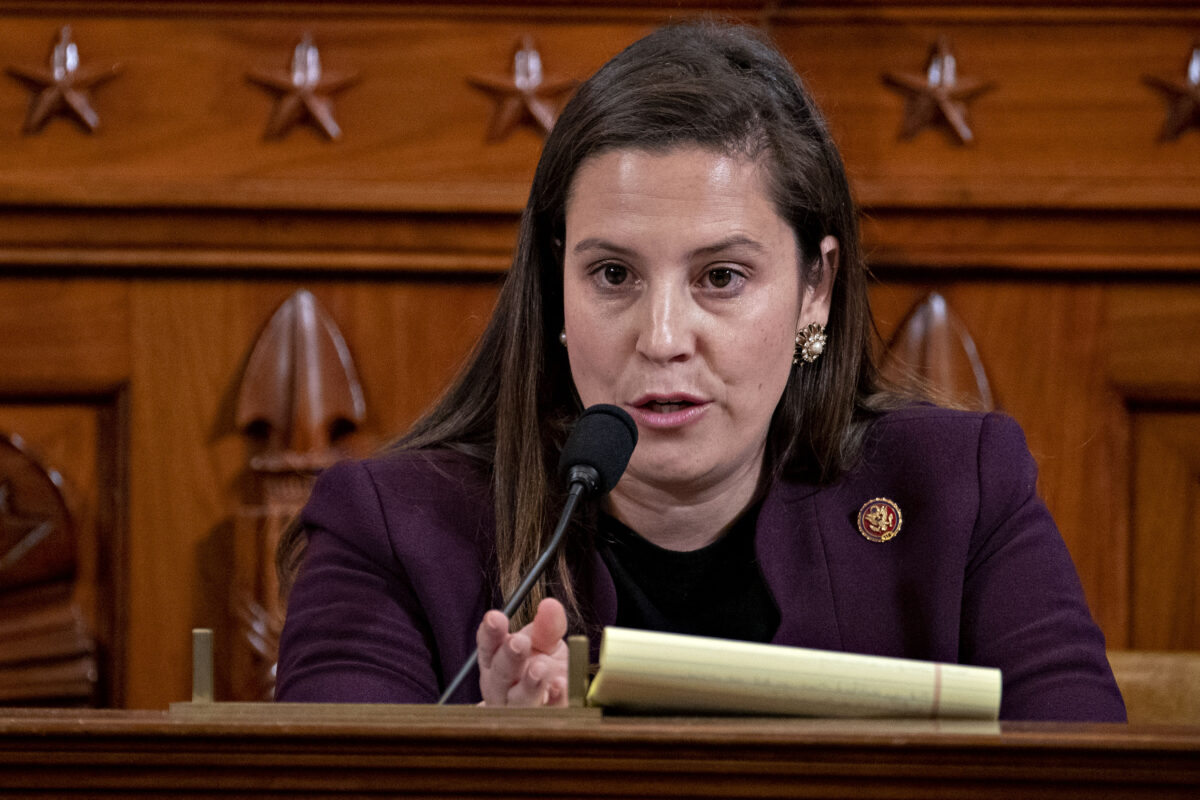 She “sold her soul to the devil.” That was the blunt assessment conveyed by a former longtime friend of Rep. Elise Stefanik (R-NY), regarding her metamorphosis from a “widely respected moderate Republican” with a reputation for bipartisan collegiality into an ardent supporter of former President Donald Trump.

TIME senior correspondent Charlotte Alter described Stefanik’s transition — and the confusion and dismay it has caused her former friends and mentors — in an article titled The ‘Handmaiden of Trump’: How Elise Stefanik Went From Moderate to MAGA, accompanied by a frank Twitter thread with more details on Monday morning.

Stefanik held several positions within former President George W. Bush’s administration and had key advisory roles on the 2012 Romney-Ryan presidential campaign. She was only 30 years old when she was first elected in 2014 to represent New York’s 21st congressional district, making her the youngest woman ever elected to Congress. That record has now been beaten by another New Yorker, Rep. Alexandria Ocasio-Cortez (D-NY).

At the time, Stefanik was “hailed as the fresh face of the New GOP,” wrote Alter, “known for her embrace of facts, her trust in science and her push to build a more diverse party, highlighted by her successful efforts to recruit more GOP women to run for office.” She was also a “prominent member” of a caucus of moderate Republicans, the Tuesday Group.

The 45th president “redefined the GOP,” shifting the key conservative litmus test from policy issues to loyalty to Trump and a willingness to support his baseless conspiracy theories about the 2020 election.

“Stefanik has adapted,” wrote Alter, detailing how she stepped forward as a vocal defender of Trump during his impeachment trials and is now positioned to take over Rep. Liz Cheney’s leadership role within the House Republican Caucus. Cheney, with a far more conservative voting record than Stefanik, is expected to be ousted in a vote this week because of her public criticism of Trump.

“Elise could have been the face of a new generation of Republicans that could represent a real big-tent party, that could build beyond the base, that could lay the foundation for a coalition that could win elections nationally,” said Margaret Hoover, host of PBS’s Firing Line who worked with Stefanik at the Bush White House. “It shows that she was never motivated by principles, and that’s deeply disappointing.”

“To be a handmaiden of Trump and get a little pat on the head from Trump is not a leadership move,” said former Rep. Barbara Comstock (R-VA). “It’s embarrassing. It’s sad.”

Some of the most damning remarks originate from Melissa DeRosa, a childhood friend of Stefanik’s who currently serves as a senior aide to Gov. Andrew Cuomo (D-NY). DeRosa has found her own name in headlines as Cuomo’s various scandals have arisen, and Stefanik did not let their friendship stop her from taking potshots at DeRosa.

This is a criminal coverup. https://t.co/3RTsEzEsRy

?? “The effort … to obscure the pandemic death toll in New York nursing homes was far greater than previously known” ??

As I’ve said from the beginning. This is a MASSIVE CORRUPTION scandal at the highest level of NY State Government. PROSECUTE NOW!https://t.co/sGfLkuTna6

DeRosa has returned the fire on Twitter, calling Stefanik “complicit in an attempt to overthrow the United States Government,” regarding the Jan. 6 insurrection at the U.S. Capitol.

Here’s DeRosa on Stefanik in the aftermath of the Jan 6 insurrection: pic.twitter.com/pkpoCu7tl4

Alter has interviewed Stefanik and DeRosa several times, and called their offices for her recent TIME article and to update her book, The Ones We’ve Been Waiting For: How a New Generation of Leaders Will Transform America.

DeRosa’s spokesperson said that Stefanik had “sold her soul to the devil,” and Stefanik’s spokesperson proffered similarly virulent attacks, calling DeRosa a “federal criminal,” “the most anti-woman disgraceful hack there is,” and “the Ghislaine of New York State politics,” referring to Ghislaine Maxwell, the former girlfriend of convicted child sex trafficker Jeffrey Epstein.

Stefanik’s spokesperson said that DeRosa was a “federal criminal” and “the most anti-woman disgraceful hack there is,” and called her “the Ghislaine of New York State politics.”

These women had been friends for 20 years!

Stefanik “sort of threw Melissa under the bus,” added Caroline Mason, the former headmistress at Albany Academy for Girls, where Stefanik attended. “She basically abandoned her own core values for a man who had no core values.”

Her friends list might be shrinking, but her pro-Trump turn has been profitable for Stefanik’s campaign fundraising. In the last quarter of 2019, she raised $3.2 million, seven times what she had pulled in during the previous quarter and making her the House’s second-highest fundraiser.