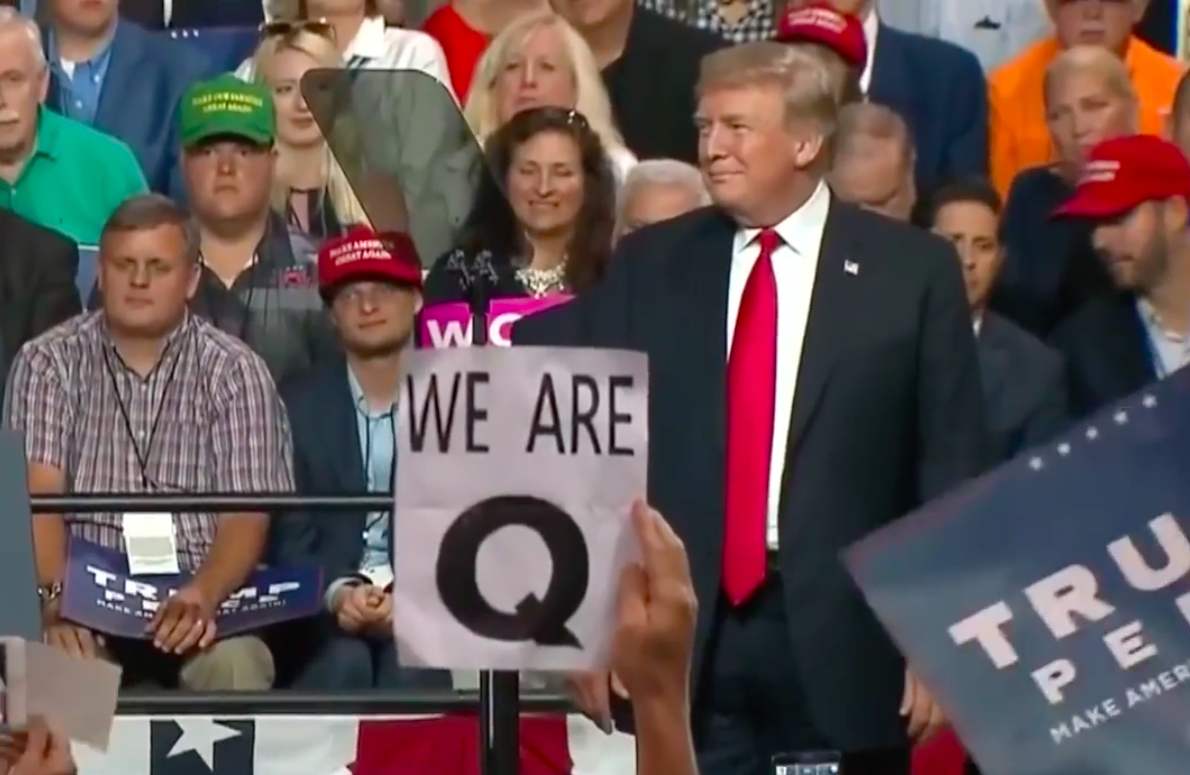 The Federal Bureau of Investigation is now treating certain fringe conspiracies, like the widespread QAnon theory, as a new potential catalyst for acts of domestic terrorism.

The May 30, 2019 intelligence memo published about these theories, which was first reported on by Yahoo News, specifically mentions the Pizzagate and QAnon theories, the first of which claims top Democratic officials ran an underground pedophile ring from inside a Washington, D.C. pizzeria, while the latter alleges President Donald Trump is working behind the scenes to expose a secret cabal of global elites who they also believe to be pedophiles. The bulletin marks the first time the FBI has treated such conspiracies as a terrorist threat.

“The FBI assesses these conspiracy theories very likely will emerge, spread, and evolve in the modern information marketplace, occasionally driving both groups and individual extremists to carry out criminal or violent acts,” the FBI memo, which was distributed at the agency’s Phoenix offices according to Yahoo News.

The document went on to state that adherents of these theories wrongly think they are uncovering “real conspiracies or cover-ups involving illegal, harmful, or unconstitutional activities by government officials or leading political figures.” While trying to explain the QAnon theory, the bulletin names Trump, as the author explained the conspiracy started with an anonymous 4chan poster who goes by “Q” and shares supposedly “classified information online to reveal a covert effort, led by President Trump, to dismantle a conspiracy involving ‘deep state’ actors and global elites allegedly engaged in an international child sex trafficking ring.” Believers in the crackpot idea are almost entirely Trump supporters, who often show up to the president’s rallies with various Q themed posters and clothing.

“The advent of the Internet and social media has enabled promoters of conspiracy theories to produce and share greater volumes of material via online platforms that larger audiences of consumers can quickly and easily access,” the FBI memo went on to state, before suggesting law enforcement officials discuss these “potentially harmful conspiracy theories.”

The FBI’s national press department did not comment on the specifics of the bulletin in a statement to Yahoo News: “Our standard practice is to not comment on specific intelligence products, the FBI routinely shares information with our law enforcement partners in order to assist in protecting the communities they serve.”

In July, FBI Director Christopher Wray acknowledged before the Senate Judiciary Committee that “the majority of the domestic terrorism cases that we’ve investigated are motivated by some version of what you might call white supremacist violence.”