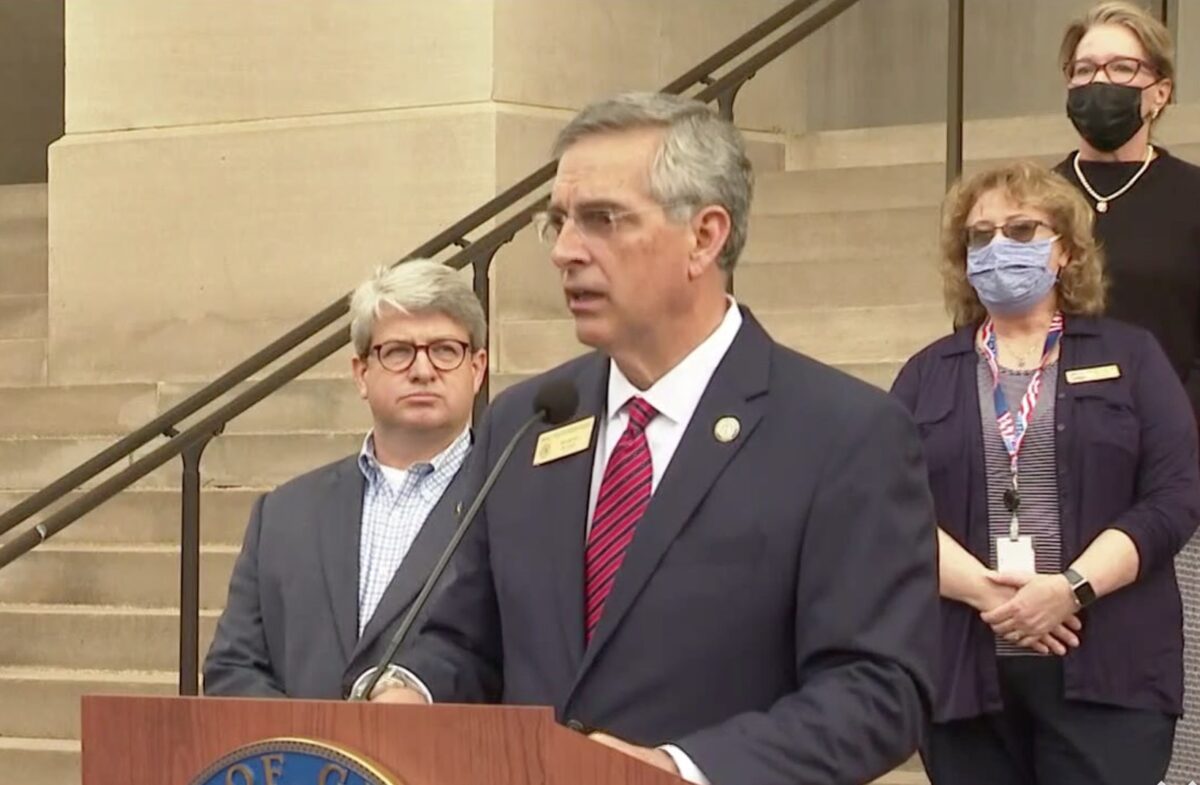 Georgia’s Republican Secretary of State, Brad Raffensperger, went on the warpath Sunday evening, attacking Congressman Doug Collins (R-GA) for his role in advocating for President Donald Trump in his dispute over the state’s election results.

“For the first time in the history of Georgia, Absentee ballots submitted through our electronic portal required photo ID,” Raffensperger wrote in a post published on Facebook. “My team — we made that happen.”

My team secured and strengthened absentee ballots for the first time since 2005. As Secretary of…

Ever since the closely-contested results came in from Georgia, Raffensperger has been leading the state’s effort for a manual vote recount, though odds it will change the results are remote. Raffensperger has shrugged off Trump’s attacks on him while the process played out. So far, the recount has seen neither significant problems nor major vote shifts.

Collins has been leading Trump’s recount efforts in the state, so Raffensperger was mocking the congressman over the fact that he lost his race against Sen. Kelly Loeffler (R) and Raphael Warnock (D) as they head into Georgia’s special runoff election.