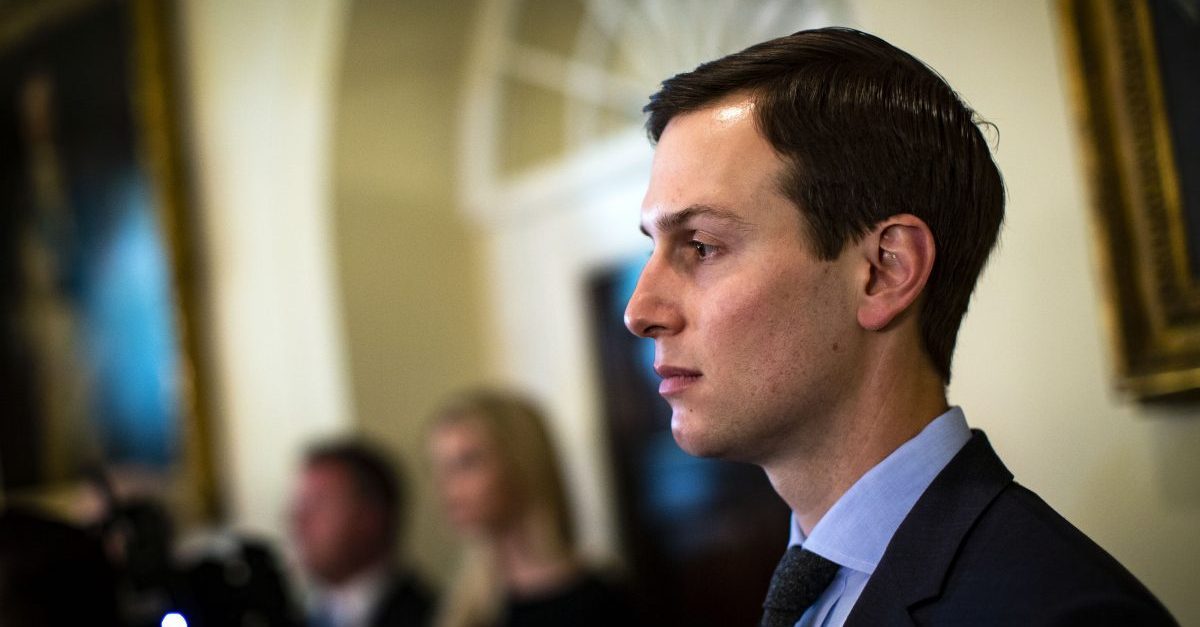 In the Spectator USA column, which was published on Sunday, pseudonymous blogger Cockburn wrote of the shocking evidence being compiled by House Democrats in the impeachment inquiry. Cockburn wrote that “Kushner (allegedly) gave the green light to MBS to arrest the dissident journalist, Jamal Khashoggi, who was later murdered and dismembered in the Saudi consulate in Istanbul,” citing an anonymous source.

“A second source tells Cockburn that this is true and adds a crucial twist to the story. This source claims that Turkish intelligence obtained an intercept of the call between Kushner and MBS. And President Erdogan used it to get Trump to roll over and pull American troops out of northern Syria before the Turks invaded,” Cockburn further claimed, adding that he “hears that investigators for the House Intelligence Committee know this whole tale and the identities of some of the people telling it.”

“Whether any of is true is another matter but Adam Schiff certainly seems to be smiling a lot these days,” Cockburn concluded.

Though the allegations made waves on social media, according to The Daily Mail, a unnamed White House official described the report as “false nonsense.”

Disclaimer: This author has previously written for Spectator USA