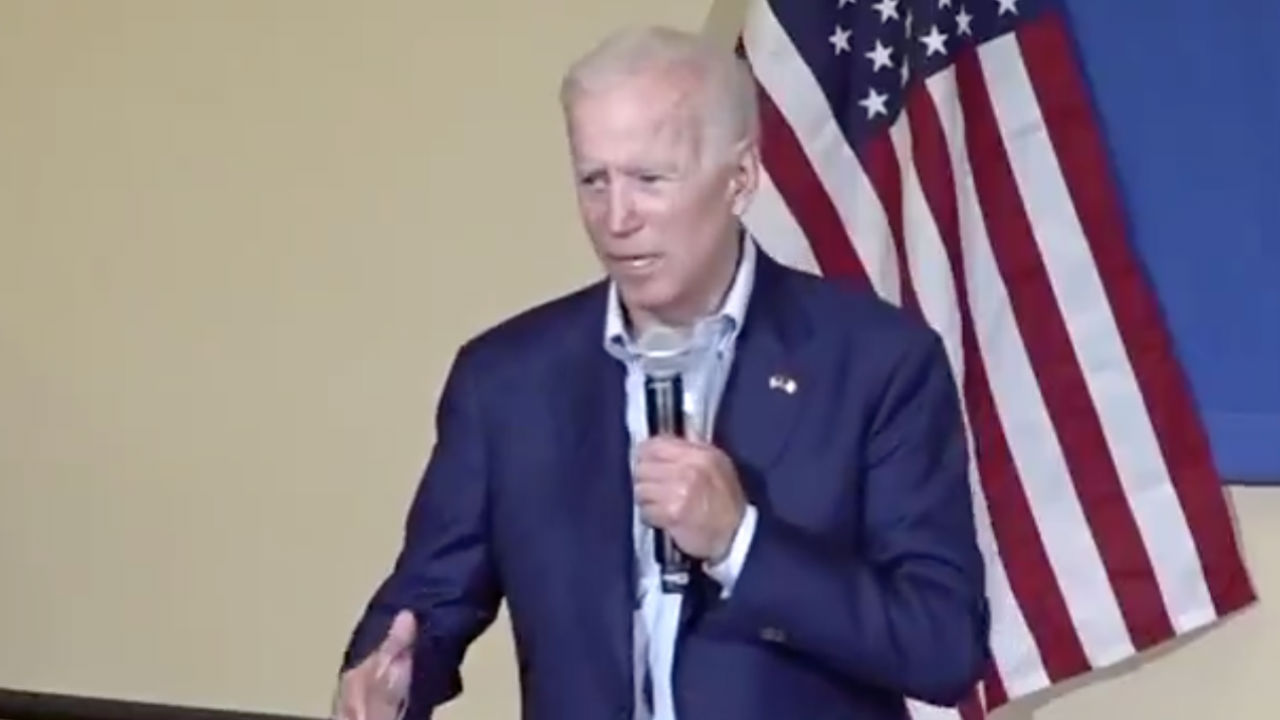 Joe Biden is facing another round of circular fire this week over comments he made on Tuesday about working together with colleagues in the Senate in years past, in which he used segregationist Senators as his example.

The former Vice President spoke to a group of wealthy Democrat donors on New York City’s Upper East Side on Tuesday night, and on Wednesday took heat from the left in his own party on several points, including that he assured them he doesn’t want to “demonize” the wealthy, a jab at the more leftward part of the party.

But the most heat came for his reminiscing about the good old days of civility, for which anecdote he named former Senators James Eastland of Mississippi and Herman Talmadge of Georgia, both of whom were segregationist.

“I was in a caucus with James O. Eastland,” said Biden. The pool reports that he imitated the Senator’s southern accent. “He never called me boy, he always called me son.”

He then referenced Talmadge, calling him one of the “meanest” guys he’s known, but saying that he was able to work with them both.

Biden told the donors that the young, liberal part of the party may see him as “old-fashioned” for expecting to work with the opposition in a civil way, but that it is how things “got done.”

“If we can’t reach a consensus in our system, what happens?” Biden also said. “It encourages and demands the abuse of power by a president.”

His anecdote did not go over well with the part of the party he was pushing back against. New York Times columnist Jamelle Bouie tweeted that it was an example of “accommodation” of the powerful.

This is a good example of how “civility” (as opposed to decency or good faith) is nothing more than accommodation with the powerful for their own comfort https://t.co/vdzdeOVw7K

He continued, saying that while it may have been “necessary” to work with segregationists, it’s nothing to be proud of.

biden had an iron-clad belief in his own goodness and lacks any sense of his own fallibility, which are definifely great qualities to have in someone who might be president

Bouie (and many others) also retweeted a lot of objections to what one person called Biden’s “misty-eyed” recollections.

I’d go further: part of the appeal of Biden is that his misty-eyed evocations of comity past can act (and to some extent are intended to act) as a substitute for a relatively decent understanding of US political history. https://t.co/jeontBgUav

The incident recalls the 100th birthday party for Republican Sen. Strom Thurmond, who in the 1940s ran for president as a Democrat on a segregation platform. At that party, then-Senate Republican leader Trent Lott said that if Americans had voted for Thurmond for president back then, “we wouldn’t have had all these problems over all these years.” Under fire, Lott first said he was simply praising the long-serving senator for his birthday, not the platform, but later he apologized and eventually lost his role as majority leader. He was made Republican whip a few years later.

Biden, too, in his remarks on Tuesday said he was praising the ability to work with those he opposed, not praising the men themselves or their platforms. But judging by the reactions from the party’s left, that explanation isn’t selling so well on Wednesday.