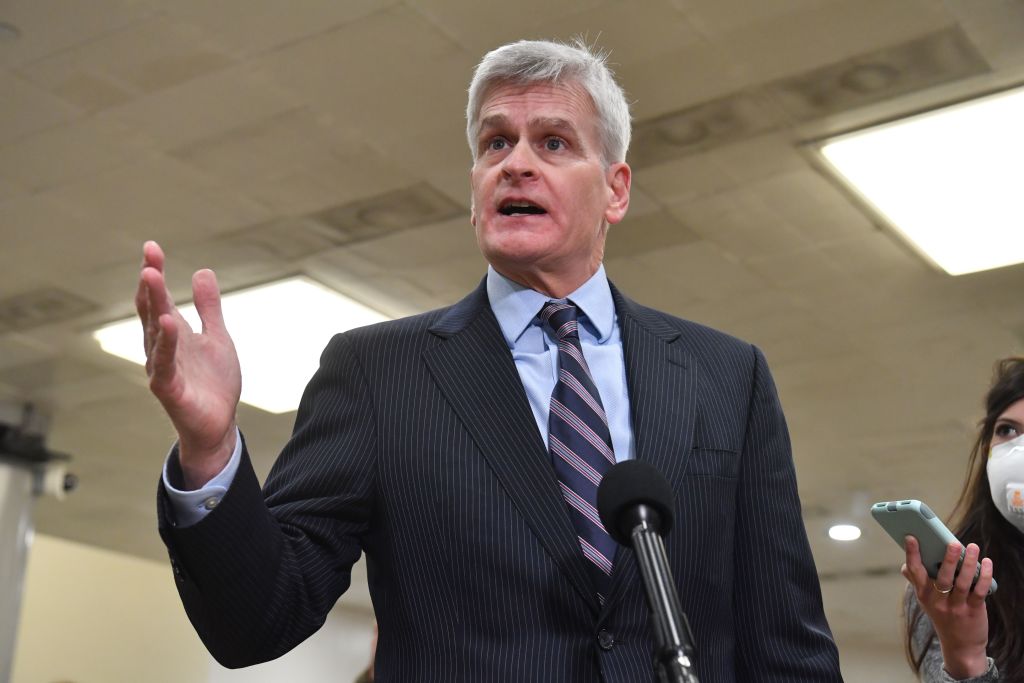 CNN’s Jake Tapper tweeted a criticism of the Republican Party of Louisiana on Saturday night, highlighting how they had swiftly moved — within hours — to censure Sen. Bill Cassidy (R-LA) for voting to convict former President Donald Trump at his second impeachment trial, but in 1989, the state party repeatedly backed away from such condemnation of former KKK Grand Wizard, State Rep. David Duke (R-LA).

The vote to convict Trump fell short of the needed two-thirds of the Senate, with seven Republicans (including Cassidy) joining the Democrats in a 57 to 43 vote.

Barely three hours after the Senate vote, the Executive Committee of the Louisiana GOP posted a statement on their website that they had voted unanimously to censure Cassidy for his vote to convict Trump.

Tapper tweeted a link to the Louisiana GOP’s statement, and then a news article from 1989 describing the party’s decision not to censure Duke. “Two seconds on google,” Tapper wrote, highlighting how easy the information was to find.

Tapper then shared a New York Times article from a few months later on the same topic.

Duke founded the Louisiana chapter of the KKK in 1974, shortly after he graduated from college, and became the organization’s youngest ever Grand Wizard in 1976. He has a long history of making racist, anti-Semitic, Holocaust-denying, conspiracy theory-promoting comments, which he toned down for a few years to aid his political ambitions.

After several failed attempts at running for elected office as a Democrat, Duke switched his party affiliation to Republican and was elected as a state representative in 1989.

He ran unsuccessfully for the U.S. Senate and Governor of Louisiana in 1990 and 1991, respectively. After Duke won the Republican gubernatorial nomination, then-President George H.W. Bush publicly denounced him and directed Republican operatives to Louisiana to campaign against him. The Louisiana GOP stepped back and refused to support Duke’s campaign, but, as noted in the articles Tapper tweeted, they stopped short of censuring him.