WaPo: House And Senate Dems Accuse Each Other of Border Funding 'Betrayal' 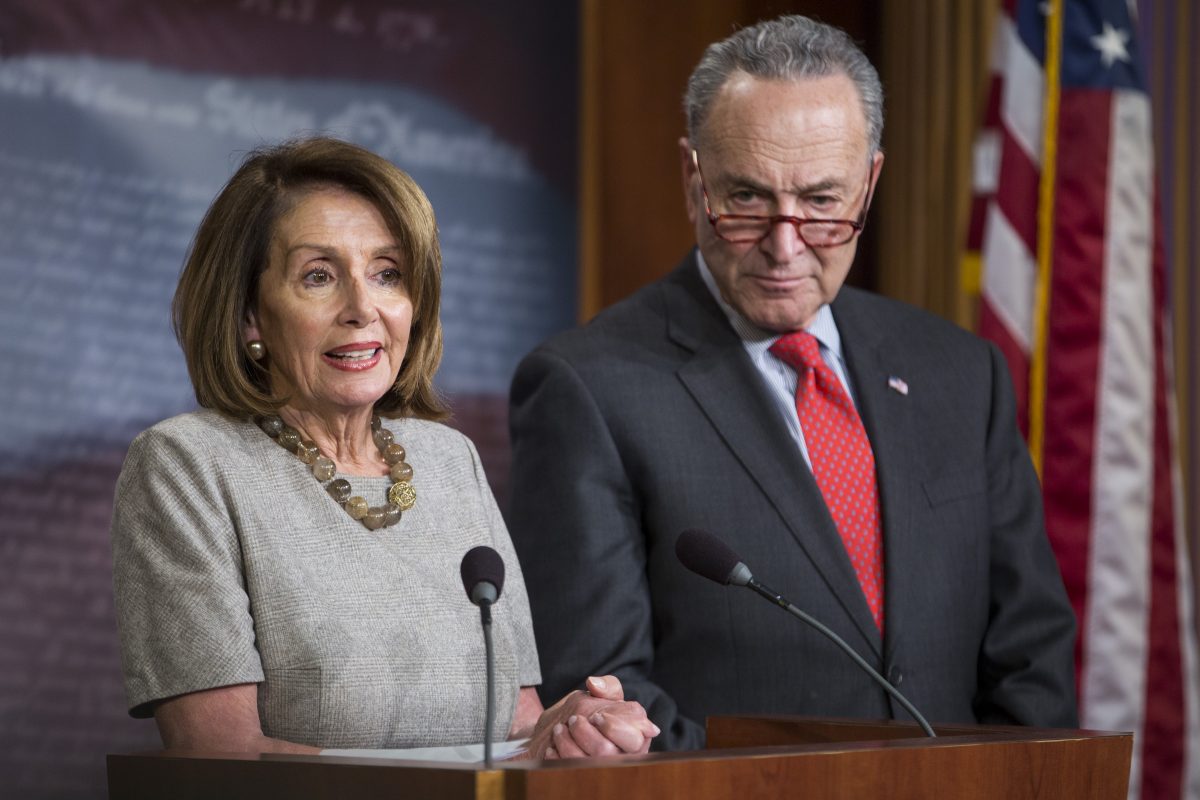 House and Senate Democrats lobbed accusations of “betrayal” at each other in a bitter dispute over an emergency border funding bill that passed over the objections of many progressives like Reps. Alexandria Ocasio-Cortez and Pramila Jayapal.

“Schumer destroyed all our leverage on Wednesday by not being able to hold his people,” an anonymous senior House Democratic aide told the Washington Post, which offers a blow-by-blow account of the Democratic infighting.

According to the Post, Speaker Nancy Pelosi understood that the House would lead the Democrats’ legislative plan, passing a bill early in the week that would raise detention facility standards and put more constraints on the Trump administration’s border policy. Then, Senate Minority Leader Chuck Schumer would use that bill to push Republicans in the Senate to compromise. But things quickly unraveled, prompting House aides to call the debacle a “betrayal” and “broken deal.”

“They’re blaming everyone but themselves,” one senior Senate Democratic aide told the Post, firing back at House Democrats’ complaints. Moderate House Democrats were the ones who unexpectedly revolted, causing Pelosi’s plan to stall and allow the Senate to move on its own version, which passed by a huge bipartisan margin of 84-8.

Democratic progressives lashed out in response at having to accept what they said was a watered-down alternative. Ocasio-Cortez blasted the Senate’s version as a “militarization bill.”

His Senate bill is a militarization bill. McConnell killed the House Bill & dropped this one right before recess to force passage.

Well, too bad. This is our job. Cancel vacation, fly the Senate in. Pass a clean humanitarian bill & stop trying to squeeze crises for more pain.

Congressional Progressive Caucus chair Jayapal also slammed her fellow Democrats in the upper chamber. “The Senate Democrats did us a huge disservice,” she said. “The benefit to having one chamber controlled by Democrats is you have people who can fight and win. But that requires the people in the minority chamber to also fight, even if they lose.”

Ultimately, Pelosi accepted the Senate’s $4.6 billion emergency border funding bill as “a good bill” although she added that the “our bill is much better.” It passed the House on Thursday, despite failing to get a majority of House Democrats to vote for it.

Perhaps most telling about the legislative snafu was the Post‘s kicker: “Neither spokesman would address questions about the other leader.”