Did Biden Call a Guy 'Fat' or Did He Say 'Facts'?
WE REPORT YOU DECIDE 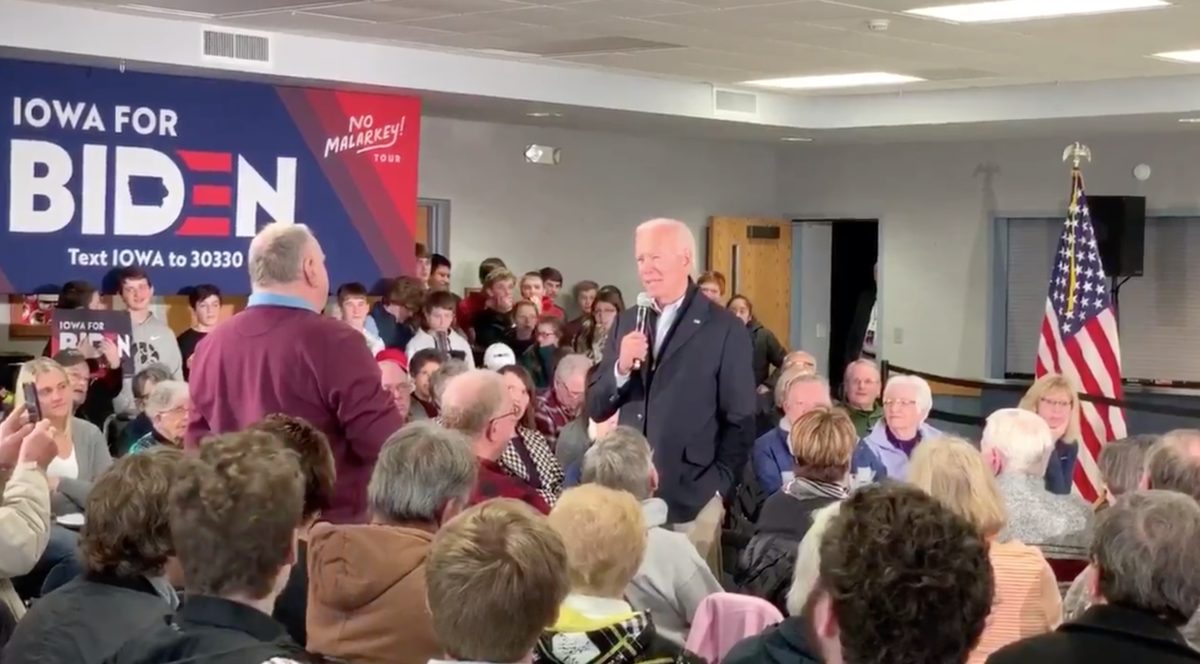 Political Twitter erupted on Thursday into an argument over whether 2020 Democratic presidential candidate and former Vice President Joe Biden called a man in Iowa “fat,” or was trying to say “facts.”

After footage of the Biden 2020 event was published online Thursday — in which Biden engaged in a bitter argument with a voter over his age and his son’s work in Ukraine — social media users pointed out that it sounded like Biden had called the critic in the audience “fat”.

To be clear: Any assertion VP Biden said a word about the gentleman’s appearance is making this something it is not. In the latter part of the exchange, the VP began to say “Look, facts” then said “here’s the deal.” If you’ve been to a Biden event, you’ve heard this before.

Sanders’ theory was backed up by several others, including conservative commentator Ben Shapiro.

For the record, I totally buy that Biden was trying to say “Look, facts.” He barely speaks intelligible English anymore. But like the Swalwell fart that may-or-may-not have occurred, life is more fun if Biden said “Look, fat.”

I think it’s overwhelmingly more likely biden was winding up to say “fact is,” which is a verbal tic he uses often, but sure, if the calling someone fat outrage train is leaving the station let’s all pile on board

Others, however, dismissed Sanders’ statement as little more than a quick PR cover up — claiming that “fat” could be heard clearly in the footage.

This is a lie. It’s on video. Biden said “fat” not “facts” https://t.co/arA5BalIPu pic.twitter.com/8vcMRQVBFv

Biden camp spin is that he actually said “Look Facts” which would be believable if you didn’t hear the former VP challenge him to a push up context https://t.co/cZtKeqlc2M

If you believe Biden was saying “fact” instead of “fat,” I may have a pee tape to sell you

Even if Biden did mean to say “facts,” with the sedentary line and challenging a guy to push-ups, it would clearly be a Freudian slip. So how exculpatory is it, really?

Tell me if I’m mishearing but Biden at 1:57 calls this man fat “Look fat…” because he dared to challenge him on Hunter. He also challenges him to a push up contest and warns him about being “sedentary.” So wrong. This man deserves an answer and apology. https://t.co/jl1QXEQ6Xn

Instead he fat shames the voter, touts his I.Q., and challenges the voter to a push up contestpic.twitter.com/OcRTgF3128

This is really awful. Joe Biden basically calls this voter a liar, insinuates that he’s fat, asserts his intellectual superiority, and gets hyper defensive. This is a man who cannot win. https://t.co/2IujQllGAm