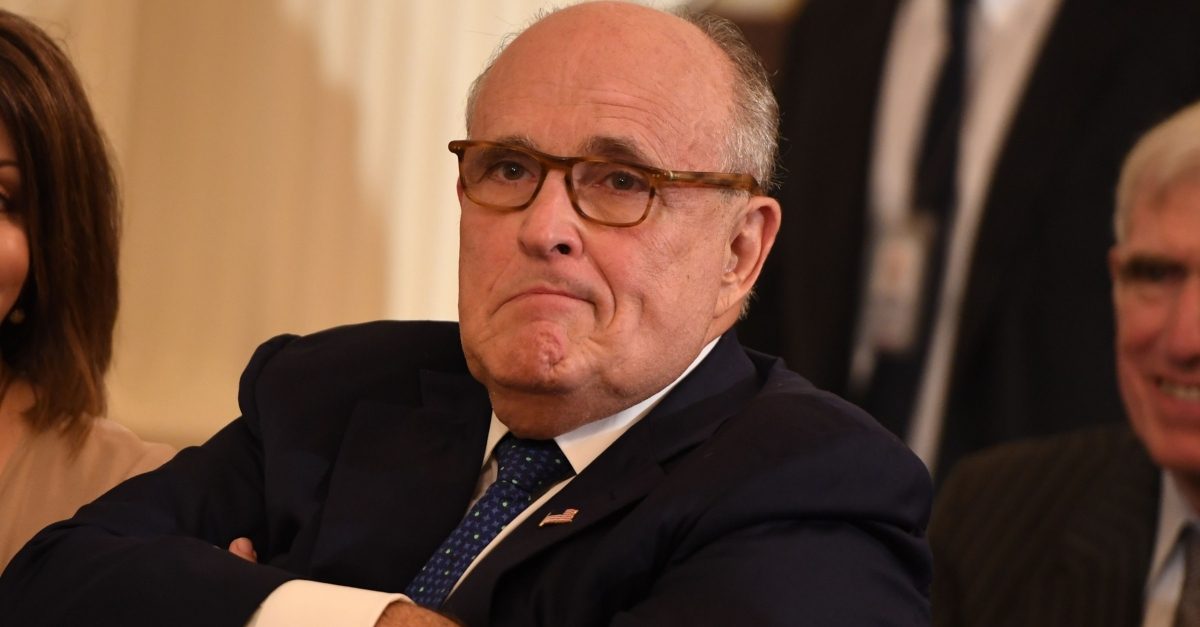 Rudy Giuliani has breathed new life into the conspiracy theories surrounding the death of Seth Rich.

The former mayor of New York turned lawyer for President Donald Trump amplified a tweet from right-wing blogger Matt Couch, writing he’d “like to know” the answer to questions about Rich’s death.

Since Rich, a DNC staffer, was fatally shot in 2016, there have been numerous conspiracy theories that his death wasn’t the result of a botched robbery, but an assassination set up by the DNC. These conspiracy theories baselessly claim that the DNC, or top members of the Democratic party, including Hillary Clinton, had Rich killed as revenge for leaking documents to Wikileaks during the 2016 election. Police have repeatedly maintained there is no evidence Rich’s murder was anything other than a botched robbery.

Rich’s family has condemned these conspiracy theories and have pursued legal action in the past against those who have spread them. In addition, Robert Mueller’s report on Russia’s 2016 election interference blew a hole in Seth Rich trutherism when he laid out how Wikileaks founder Julian Assange fueled the theories:

“As reports attributing the DNC and DCCC hacks to the Russian government emerged, WikiLeaks and Assange made several public statements apparently designed to obscure the source of the materials that WikiLeaks was releasing. The file-transfer evidence described above and other information uncovered during the investigation discredit WikiLeaks’s claims about the source of material that it posted.”