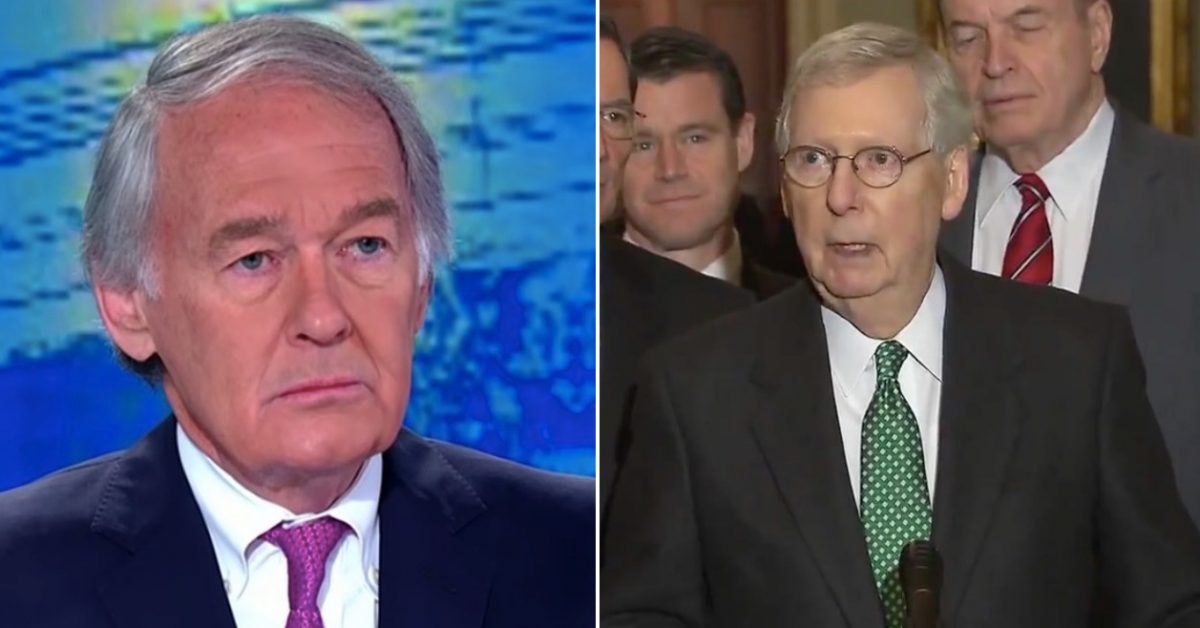 Senator Ed Markey (D-MA) accused Senate Majority Leader Mitch McConnell (R-KY) of trying to “sabotage” and “silence” voters by bringing the Green New Deal, which was also proposed by Rep. Alexandria Ocasio-Cortez (D-NY), to the Senate floor to vote on.

“I’ve noted with great interest the Green New Deal. And we’re going to be voting on that in the Senate. Give everybody an opportunity to go on record and see how they feel about the Green New Deal,” McConnell told reporters on Tuesday.

In response, Markey said it was just a tactic to “sabotage the movement we are building” on climate change:

Don’t let Mitch McConnell fool you: this is nothing but an attempt to sabotage the movement we are building. He wants to silence your voice so Republicans don’t have to explain why they are climate change deniers. McConnell wants this to be the end, this is just the beginning. https://t.co/GUxJ5HG2jb

This isn’t a new Republican trick. By rushing a vote on the #GreenNewDeal resolution, Republicans want to avoid a true national debate & kill our efforts to organize. We’re having the first national conversation on climate change in a decade. We can’t let Republicans sabotage it.

The rollout of this controversial resolution was made more confusing by a now deleted FAQ that included the following details:

While the “unwilling to work” portion, in particular, has been clarified, the resolution does include enough rather enormous goals that critics deem to be unrealistic, incredibly expensive or both.