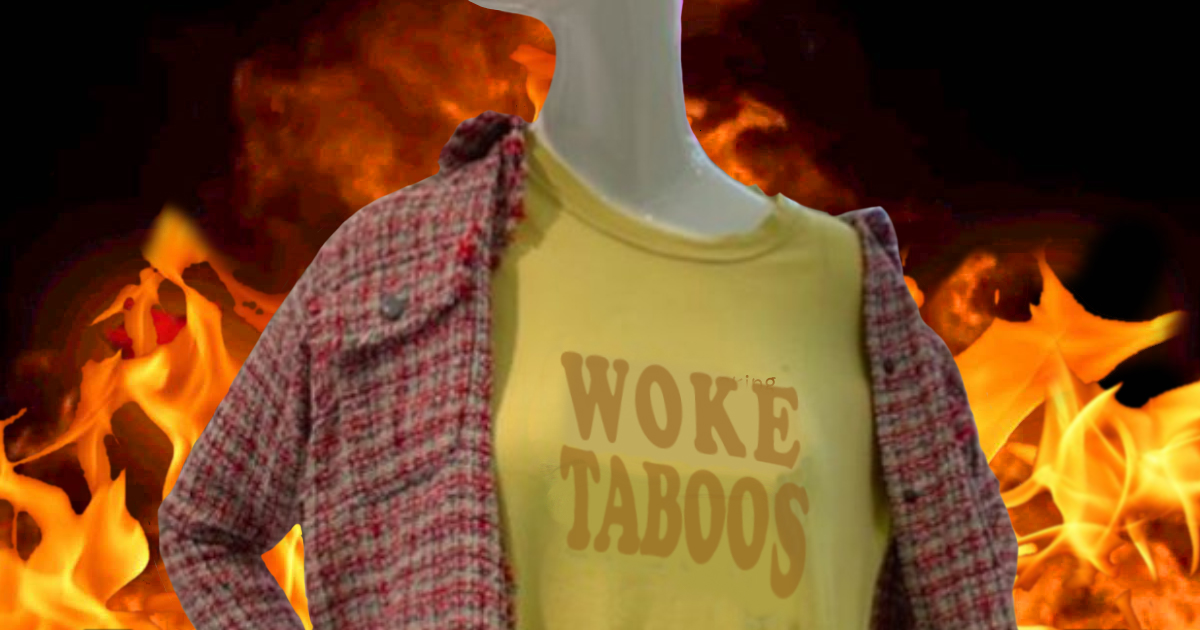 It is a serious and dangerous issue, vilification of the press. That is, when done by a government, by its leader, it is a potentially catastrophic harm.

It’s easy for social media users or pundits to forget history when tossing off hot takes, but a powerful head of a powerful country backed by a committed movement labeling the press as an enemy of the people is a dire and dreadful thing.

President Donald Trump has done this, and it is bad. Additionally, Trump uses the words “fake news” a lot to describe negative or critical stories, or just outlets not in his booster club. It’s a bit murkier — some supposed news is wrong or fake after all — but still a rocky, dangerous, yet well-trod ground.

The press are not the enemy of the people, and a member of the press being attacked at a Trump rally is nothing short of appalling. Fake news, also, is bad for America, which is why there was a crackdown on Facebook.

The phrase “fake news” isn’t itself inherently evil. In fact it’s rather basic. It’s a label, sure, but not innately invective. It’s not a racial or gender slur, or class-ism or ageism or anti-dentism*. It’s a common phrase. It’s used all the time even by the actual news, to describe actual fake news, go figure.

More than that, it is very much in popular culture. As a parent of two teens, this writer can assure you that “the kids today” use it all the time in a host of ways, including just to contradict something jokingly.

They laugh, no one goes to reeducation, it’s fine. Because it’s commonplace.

“Fake news” was added to Dictionary.com. The Collins Dictionary named it the Word of the Year for 2017. It’s everywhere. 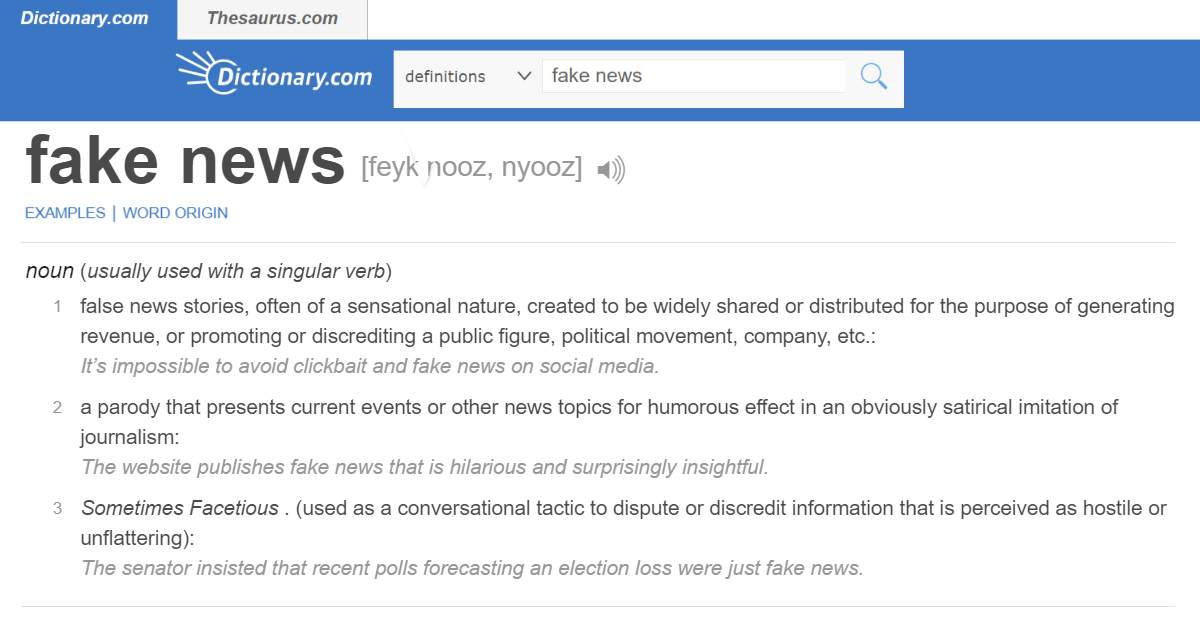 The words “fake news” have been used in comedy bits, sitcoms, podcasts, and millions and millions of tweets. Would you be surprised to hear the words in a song lyric? A TV commercial? How many times have you heard the phrase just today?

Why, there’s even a t-shirt of it!

Oh wait, not so fast.

Thank you for bringing this to our attention and we apologize for any offense we may have caused. We take this feedback very seriously and are working quickly to remove this t-shirt. Again, thank you for taking the time to alert us.

Yes, after a frankly overblown reaction from Verified Twitter users, mainly of the media variety, the department store Bloomingdale’s has removed the shirt. Obviously the store knows its constituency. It was only one day after the storm began that Bloomingdale’s folded the shirt (sorry) because it didn’t suit (sorry) these Twitter users to a tee (okay, not that sorry).

The exemplar and first pitchfork of the outrage was from reporter Allison Kaden, of CW-affiliated WPIX in New York City.

Although there were obviously many more, the reactions to this one tweet tell the tale. It’s not just the number of retweets/likes, it’s the retweets with commentary from blue check media.

Kaden’s colleagues agreed. The features editor for Raleigh’s News & Observer retweeted it at Bloomdingdale’s with the comment, “pls don’t disappoint me”. A Washington Post food and arts writer, a foreign policy reporter from Reuters, a Miami Herald reporter, a WABC New York reporter, even Keith Olbermann got in on it.

Some were more dramatic than others. Seattle journalist Lindsay Cohen tweeted, “Using this term is offensive; profiting off of it is unacceptable.” Logan Jaffe of ProPublica and the New York Times linked it to possibly being shot.

All this, in case anyone has forgotten, is about a T-shirt that simply and ambiguously read “Fake News.” You remember, the Dictionary-defined phrase from above? The phrase that isn’t even of Trump’s making?

Is it meant to be self-identifying the wearer as fake news? Is donning the drapery a protest against Russian Facebook stories? Is this somehow a MAGA t-shirt inexplicably for sale at flipping Bloomingdale’s, of all places?!!

The ocean of reasons not to be outraged is so vast it defies containment in an article, but among them one could argue:

A) It’s better to own it than let it become a battle cry.
B) It’s better to make it small than to allow it to be big.
C) Humor and irony exist.
D) Flipping out only confirms for some the accuracy of the sentiment.
E) It’s innocuous and ambiguous.
And, of course…
ALL THE LETTERS) You should be able to differentiate between genuine, dangerous rhetoric and t-shirts.

T-shirts can conceivably be offensive. They can be so offensive as to warrant outrage, and so outrageous as to warrant removal from stores. This is a thing that is possible. But that is not this thing.

This thing is a simple t-shirt with a common phrase over which the press — perhaps sensitive over many past failures or recognition of a genuine bias, perhaps understandably shell-shocked by abuse at the hands of a president and bewildered that this nation of free speech and press cheers it — has nevertheless hugely over-interpreted and overreacted.

Bloomingdale’s had every right to sell the t-shirt to make money, just as they have every right to pull it from the shelves in hopes of continuing to make money selling other things. The apology, though, like everything in hyper-partisan America, isn’t earning much good will back.

Hi, @bloomingdales. Apologizing “for any offense we may have caused” is not a sincere apology. This is not about journalists’ hurt feelings. This is about damage done to our democracy when your brand joins in perpetuating and celebrating the idea of “fake news.” Please try again.

They have transgressed, and the offended will see them punished. Which is neither fake news nor great news, but just another example of outrage war in our social media-driven culture. If you don’t like something, simply destroy it. That is, assuming you’re Twitter-privileged enough.

In any case, the fate of the Bloomingdale’s shirt seems sealed, but if you still think the innocuous phrase is NBD (also a t-shirt), there are still plenty of alternatives at other stores.

Here’s one that probably won’t get PIX11’s reporters too worked up: 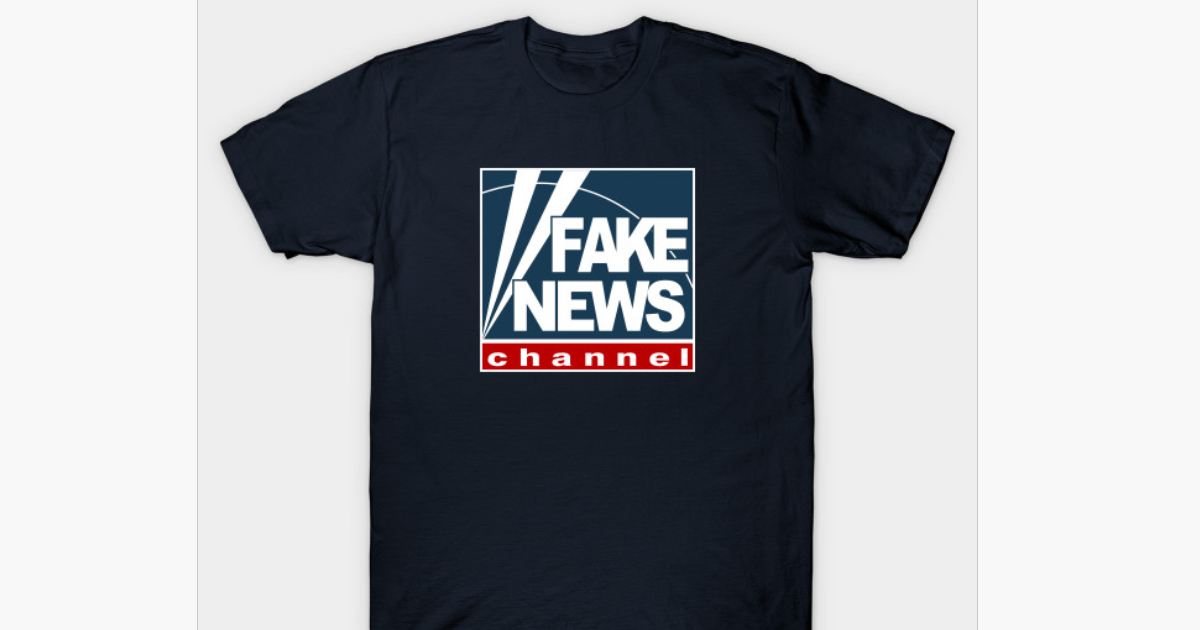 You can also find ones that say ‘Faux News’. Back before Trump, it was a very en vogue and not dangerous thing to say. For some reason. 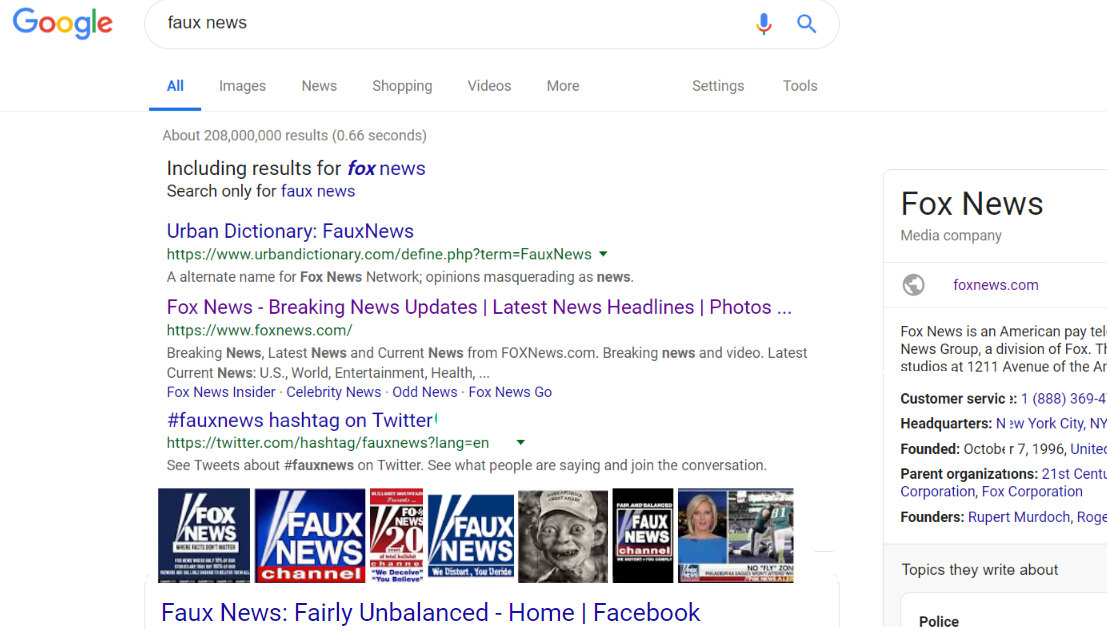 There is powerful, dehumanizing, vilifying rhetoric, and then there’s a mildly amusing t-shirt. Yes there is a difference. And yes, it actually matters that you know that difference.