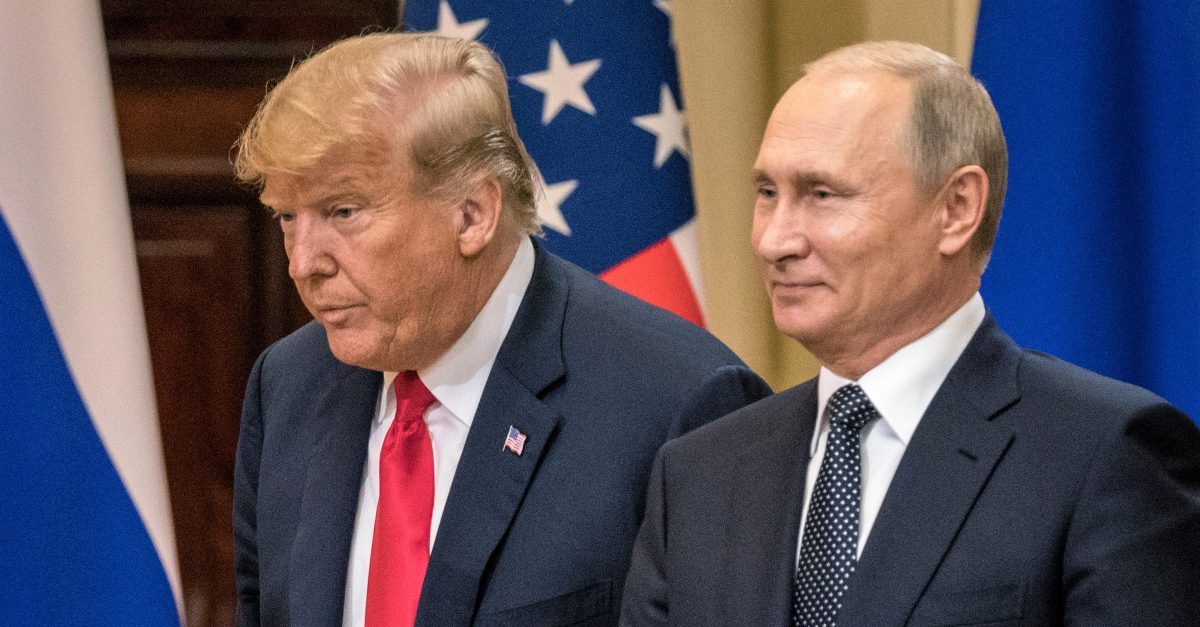 The Senate Intelligence Committee released a bipartisan report saying they still stand with the U.S. intelligence community and their conclusions about Russia’s interference during the 2016 presidential election.

The new report is the fourth of five volumes to emerge from the intelligence committee’s assessments from 2017, when the CIA, the FBI, and a number of other agencies agreed that Russia tried to meddle with the election to Donald Trump’s benefit. Though highly-redacted, the volume reaffirms that there was “specific intelligence” to support the conclusions that Vladimir Putin ordered a campaign to undermine public trust in American institutions, and it was carried out to the detriment of Hillary Clinton.

The report found that there was “a coherent and well-constructed intelligence basis” in assessing Russia’s activities, that the intelligence gathered was properly represented, and that “the Committee heard consistently that analysts were under no politically motivated pressure to reach specific conclusions.” Committee Chairman Richard Burr (R-NC) and Vice Chairman Mark Warner (D-VA) released statements following the report’s release, expressing agreement on the findings and saluting the “sources, tradecraft, and analytic work behind the 2017 Intelligence Community Assessment (ICA).”

“The committee found no reason to dispute the intelligence community’s conclusions,” Burr said in an individual statement. “With the 2020 presidential election approaching, it’s more important than ever that we remain vigilant against the threat of interference from hostile foreign actors.”

“The ICA summarizing intelligence concerning the 2016 election represented the kind of unbiased and professional work we expect and require from the Intelligence Community,” said Warner in his own statement. “There is certainly no reason to doubt that the Russians’ success in 2016 is leading them to try again in 2020, and we must not be caught unprepared.”

The report flies in the face of Trump’s frequent claims that the Russia investigation was a “hoax,” and that Ukraine might have actually been responsible for the 2016 interference. It also contradicts Attorney General Bill Barr, who has condemned the Trump-Russia probe despite Inspector General Michael Horowitz’s view that the FBI wasn’t tainted with political bias when they opened the investigation.