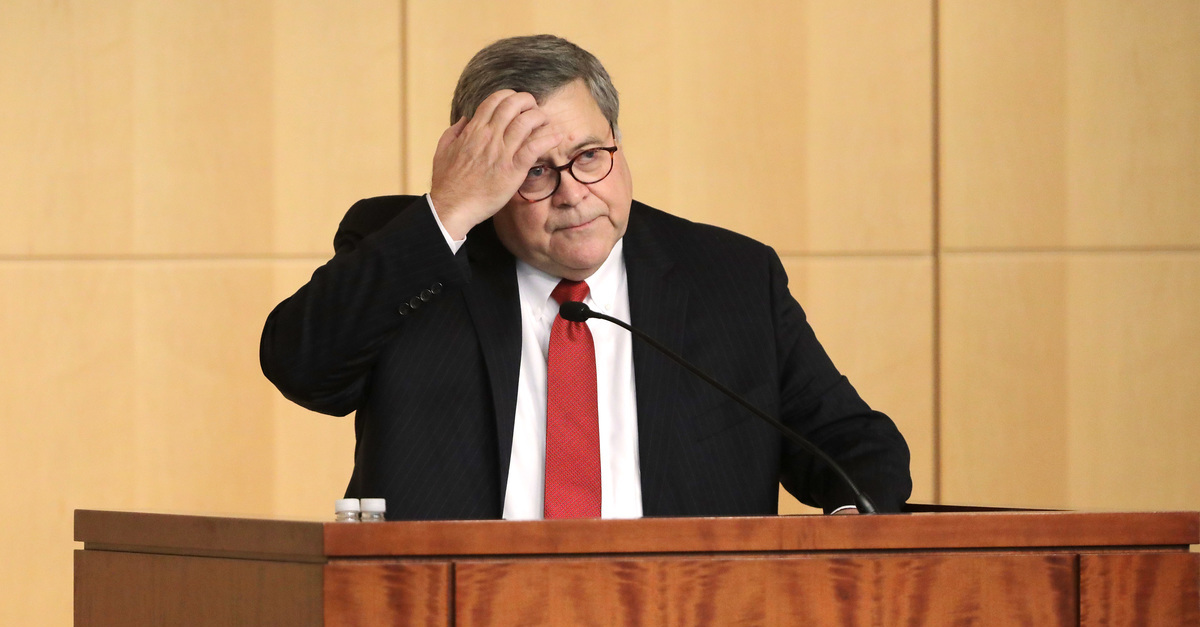 Many political thought leaders, and those who simply have a Twitter account, recently revealed deep skepticism of a new report saying Attorney General Bill Barr might quit his job.

The Washington Post reported on Tuesday night that Barr is “considering quitting” over Donald Trump’s tweets about Justice Department matters. A source described Barr’s thinking by saying the AG “has his limits,” and the report comes after Barr gave an interview where he complained that the president’s tweets “make it impossible for me to do my job.”

Trump has acknowledged that his tweets make Barr’s life more difficult, all while defending his right as president to direct the AG and comment on DOJ cases involving his allies. Whether there is a real dispute between Trump and Barr though, many people have taken to Twitter and said they aren’t buying the notion that Barr will resign over Trump’s tweets.

Color me cynical, but I think all this BS about Barr considering resigning is 99% head fake and 1% wishful thinking https://t.co/AQXHourLaS

I’ve gotten emails from Nigerian princes that are more believable than this https://t.co/UgfgMOaWWc

This is something a man of decency would do.
ie not Barr.

p.s. Surely, this is untrue. Ol’ Barr’s doubling down on the cover story, and doing it as badly as Trump’s pretending to root for certain Democratic candidates.

So keep up the pressure! 83,000 of you have signed on to demand his resignation. Add yours:https://t.co/h3HG1dc6oB

Now *this* is three-dimensional chess. I would be extremely surprised if Barr is going anywhere. Nobody should get too excited about this slight of hand. https://t.co/bzhUaF6PLn

To summarize:
1) Barr isn’t resigning;
2) Trump isn’t firing him;
3) Nonetheless, people close to Barr and Trump claim they’re furious at each other, a story that is vastly more convenient than it is convincing.https://t.co/xX3EPNqvRE

Oh come on. This is not a real story, it’s a cheap attempt by Barr to reclaim some of his reputation. https://t.co/yjaabzXOy4

Everybody who believes this, rub your unicorn’s horn.
Barr has told those close to Trump he is considering quitting over the president’s tweets about Justice Dept. investigations https://t.co/5BdkE25EHa