WATCH: Trump Waves at Protesters Calling Him Racist While Golfing in Scotland

WATCH: Trump Waves at Protesters Calling Him Racist While Golfing in Scotland 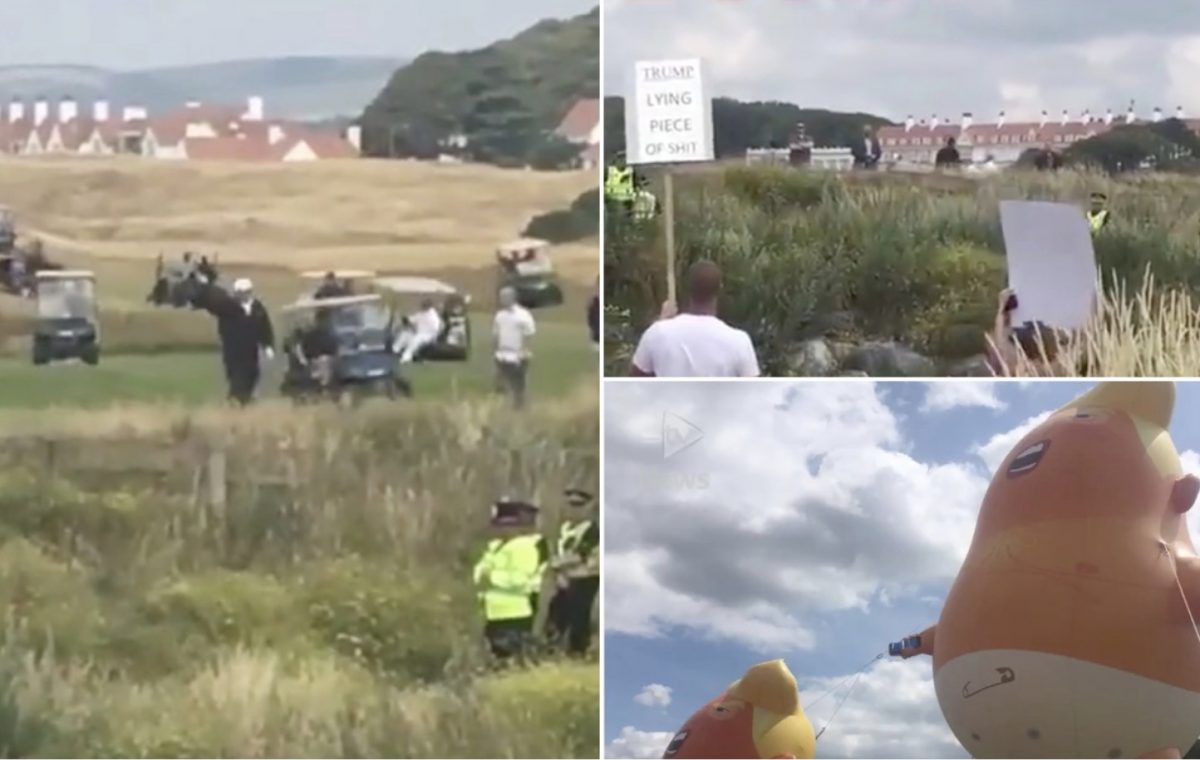 On Saturday, President Donald Trump decided to get in a round of golf at his Turnberry golf club in Scotland. He quickly found himself being shouted down by nearby protesters who made it clear they did not want him in the country.

Earlier in the day, Trump had tweeted out that he was at Turnberry for meetings and “hopefully, some golf – my primary form of exercise!”

I have arrived in Scotland and will be at Trump Turnberry for two days of meetings, calls and hopefully, some golf – my primary form of exercise! The weather is beautiful, and this place is incredible! Tomorrow I go to Helsinki for a Monday meeting with Vladimir Putin.

Just a few hours later, Trump was out on the greens with very vocal protesters camped out nearby.

“No Trump, no KKK, no racist USA,” protesters could be heard saying from their spot near the rough. Trump, close enough to see them, gave them a wave.

#BREAKING President Donald Trump waving a protestors who are calling him racist as he plays golf at #Turnberry @realDonaldTrump #TrumpProtests #TrumpVisitsUK #trump pic.twitter.com/aZFmqFzkzX

At another point on the course, another group of protesters shouted “leave our country” from a nearby beach.

WATCH ? US President Donald Trump has started playing golf on his course at Turnberry. Protesters shouted from the beach as he took his shot. pic.twitter.com/ZSiyDWCDgx

The protests at Turnberry come on the same day as massive protests were held throughout the country, including Edinburgh, where Baby Trump blimp was spotted among the crowds.

On Friday, mass anti-Trump protests were also held in London.

Also on Friday, a paragliding protester flew within feet on Trump on his arrival at Turnberry for the weekend. His sign read: “TRUMP, WELL BELOW PAR #RESIST.” So far, the protester has not been caught.