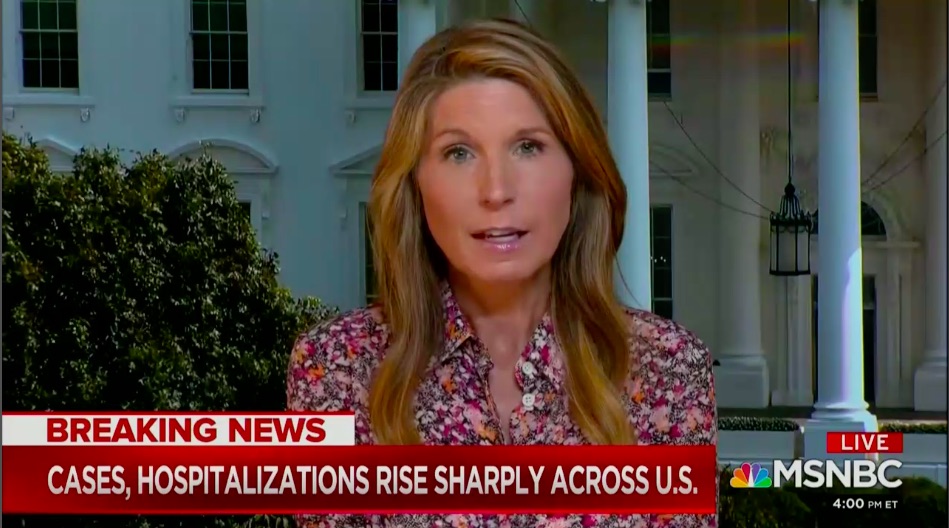 Perhaps the most competitive hour of cable news has seen a leader emerge from the pack, as MSNBC’s Deadline: White House, hosted by former Bush White House communications director Nicolle Wallace, has taken a consistent lead among total viewers in the past few weeks. As the public health, racial injustice, and economic crises storylines have begun to intermingle, Wallace’s show has sharpened its typically scathing criticism of President Donald Trump of late.

According to Nielsen Media Research, Deadline had triumphed in overall viewers at 4:00 p.m. for seven days straight through Friday, July 3, and won 18 out of the previous 25 days. That consistency helped the show to average roughly two million total viewers across all of June, beating out CNN’s The Lead with Jake Tapper‘s 1.5 million and Fox News’ Your World with Neil Cavuto‘s 1.8 million.

The last hour of daytime programming has been a closely contested battleground for months and Friday’s ratings were an example of how hard-fought the time-slot remains — and how impressive Wallace’s win streak is. Deadline won the day with 1.74 million total viewers, edging out Your World‘s 1.43 million and The Lead‘s 1.19 million total viewers. The show’s seven consecutive ratings victories mark its longest win streak since last November.

Can Deadline shore up its viewers in the demo to win the time-slot outright or will it continue to hold its lead in overall viewers and cede the A25 – 54 audience to its CNN rival?