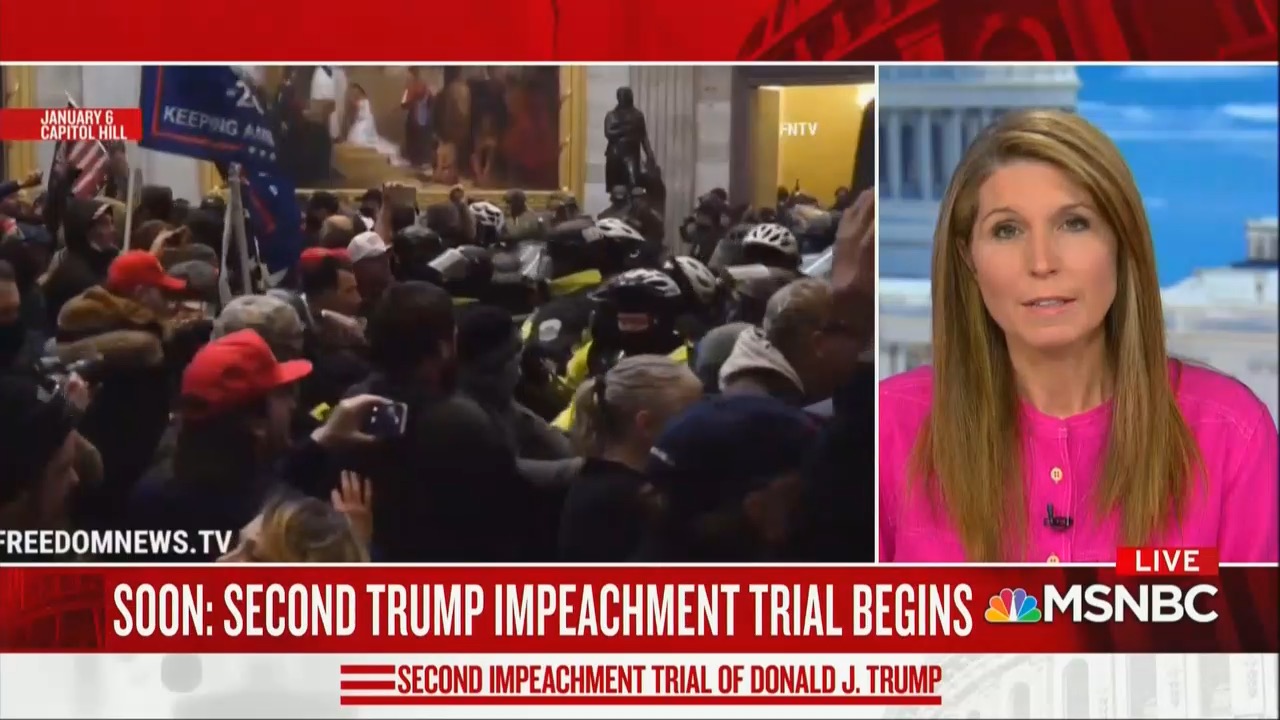 MSNBC was most-watched across all of cable in total day viewers in February, an historic win for the network in the first month with new president Rashida Jones at the helm. Fox News won prime time for the month, while CNN was the most-watched among the valuable demographic of viewers age 25-54 for the fourth month in a row.

In total day viewers, MSNBC averaged 1.36 million, and 206,000 in the key demo, according to data from Nielsen. This is the first time ever that the network has taken the top spot in total day, and in an internal note obtained by Mediaite, Jones thanked staffers, saying she was “proud of our coverage the past few weeks” – perhaps a nod to the fact that MSNBC was most-watched during the second impeachment trial of former President Donald Trump – and thanking them for their “excellent journalism and dedication to reporting these important stories”.

Fox was second most-watched overall in total day in February, averaging 1.32 million total viewers, and was second in the demo, with 210,000.

CNN averaged the fewest total day viewers in February, with 1.19 million total viewers, but dominated in the demo, averaging 281,000 viewers.