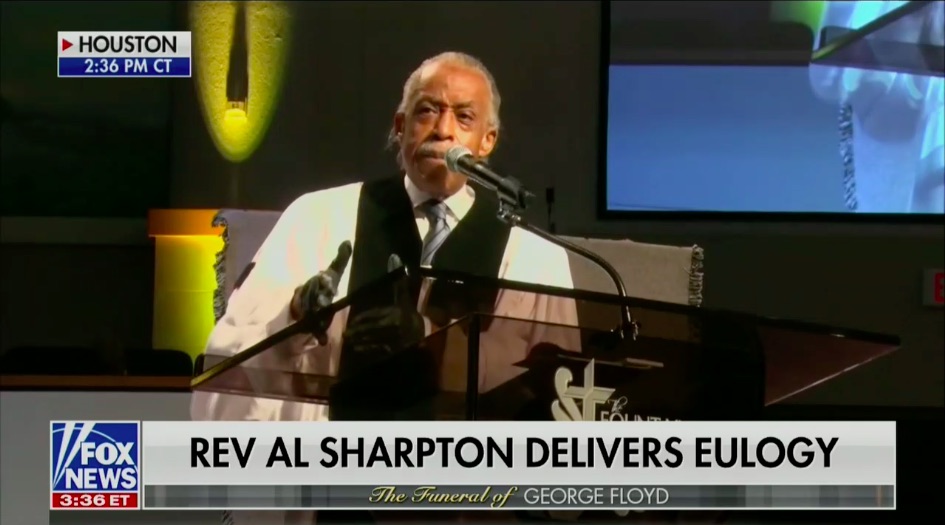 All of the major cable news networks devoted their entire afternoon of programming on Tuesday to covering George Floyd’s funeral — and Fox News viewers did not stick around to watch. Though all three channels saw noticeable dips in their daytime ratings, Fox’s numbers cratered and dropped to third in both overall viewers as well as those in the coveted 25 – 54 year-old demographic.

According to Nielsen Media Research, CNN far outpaced its competition in daytime with 350,000 average viewers in the demo, beating out MSNBC’s 182,000 and Fox News’ anemic 144,000. That last figure represented a more than 50% drop from Fox News’ daytime demo ratings of 304,000 on Monday. This same collapse happened in total audience as well, with Fox News’ average daytime ratings falling to below one million, coming in behind MSNBC’s 1.05 million and CNN’s leading 1.19 million.

The tale of Tuesday’s primetime ratings were, literally and figuratively, night and day from the 9:00 a.m. to 5:00 p.m. story. Fox News now reigned supreme with 644,000 viewers in the demo and 3.73 million in total. CNN’s recent, breaking news-led ratings surge continued to abate, as its three primetime shows slipped further into second place in the demo, averaging just 560,000 A25 – 54 viewers. That network also fell to third in overall viewers with 1.81 million on Tuesday night, behind MSNBC’s 2.20 million. MSNBC trailed both CNN and Fox News with its 366,000 viewers in the primetime demo.