Can Media Take a Break From Trump’s War on Them To Cover Real War Zone in Chicago? 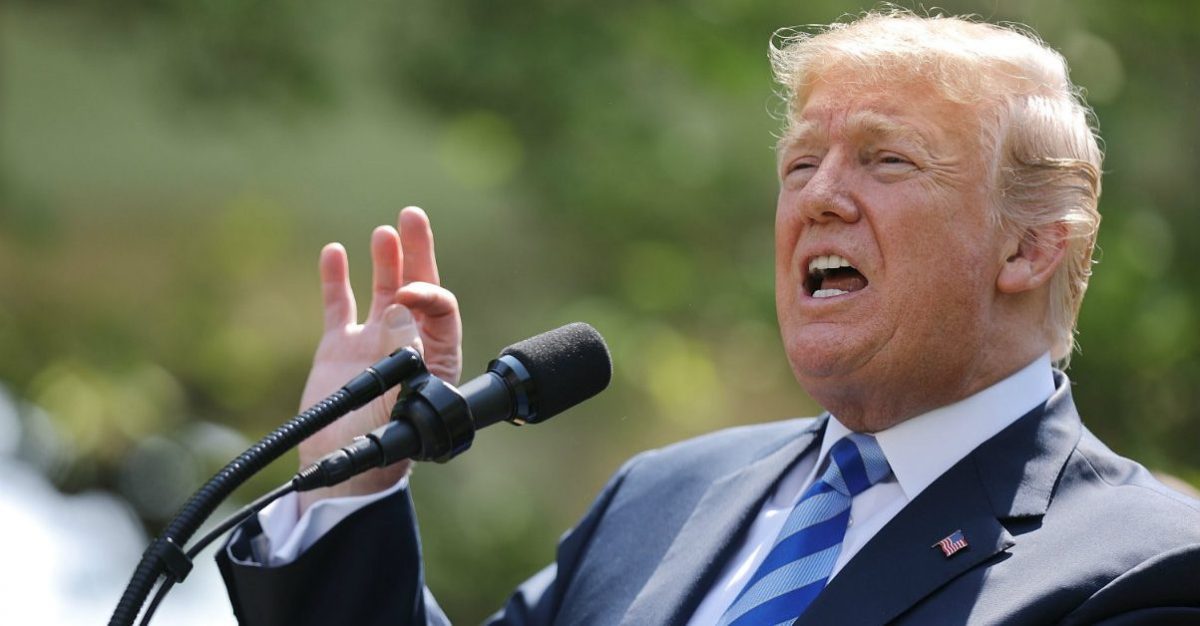 As President Donald Trump continues to stoke a war of distraction on the mainstream media in order to provide his base an antagonist to defeat at the polls in 2018 and 2020, journalists have understandably become concerned for their safety along with their loved ones.

From CNN’s Brian Stelter to the New York Times’ Bret Stephens to MSNBC’s Katy Tur, corporate media journalists have shared unsettling accounts ranging from death threats to assault. CNN’s Jim Acosta has become quite the polarizing figure, standing on the front lines in decrying the threats and hyena mentality coming from Trump supporters at the president’s Bizzaro World rallies.

Journalists — even ones that, quite frankly, perpetuate sensationalist, substance-less coverage on Trump and Russia 24/7 at the expense of serious news and injustice nationwide — deserve the ability to do their job without threats of imminent death. There’s no excuse or rationale for what Trump has been selling to his base, which is a re-dux of his successful strategy of blaming the other — from Mexicans to Muslims now to the media.

But the natural, human-instinct by journalists to cover and discuss on-air and in print the threats against themselves—from round tables to social media—reveals a broader problem with our majority coastal, wealthy mainstream media: they cover what interests and effects them while ignoring similar threats and grave violence happening elsewhere.

Reporting on the ground in Chicago last week, I witnessed the war-zone that one of America’s premier cities have become. Since the anti-police violence and economic oppression protest I covered on Thursday, at least 73 people were shot and 11 killed across Chicago.

Mayor Rahm Emanuel, a Democrat who has done more to create a gentrified tale of two cities — one for wealthier white people and one for poor black people — responded the way he always does: blaming violence on violent gangs, illegal guns flooding into Chicago, and avoiding any talk and examination of the systemic reason for violence: lack of jobs and economic opportunity; the closure of over 50 schools; the shuttering of mental health facilities; and the overall  gentrification and beautification of the North Side and downtown of Chicago while the South Side is left to rot without basics like supermarkets in many neighborhoods.

Journalists haven’t hesitated to cover the threat of Russia to our oh so-precious Democracy, or the violent sentiment Trump is provoking against their own safety. But the same indignant, blinking-red-lights coverage doesn’t occur for cities like Chicago that resemble a war zone.

Anthony Clark, a Chicago activist and teacher who ran for Congress as a Democrat in Chicago’s 7th district, decried the selective media outrage.

“Media is supposed to serve as the watchdog of democracy,” Clark told me. “Through monitoring the conduct of the government & informing citizens, the media shapes public opinion & should aim to strengthen society. While members of the 4th estate continue to dedicate time defending their reputation against attacks from this current presidency, I have yet to see any appropriate amount of time or concern dedicated to Black people in cities like Chicago, whose lives are literally under attack. So, who is the media watching out for?”

Of course, it’s human nature for the majority of us to worry more about ourselves and those around us than for people in far-away cities and communities. But, the very class of people that are the exceptions are supposed to be journalists, who by definition are supposed to shine a spotlight on those afflicted, oppressed, and threatened by the powerful and governmental bodies.

This doesn’t mean there isn’t a place for coverage of the unprecedented threat and venom targeted at journalists. This is not normal or acceptable. But, at the risk of being attacked with that favorite line from the Trump derangement syndrome crowd — Jordan, stop with the Whataboutism! — journalists are abdicating their duty to report on the national emergency that’s been allowed to persist in Chicago for too long.

It’s the media’s responsibility to not only call out Trump for his ridiculous tweets, but to call out a Democratic Mayor who is presiding over the massacre of American citizens on a daily basis.

Ultimately, threats, violence, and American carnage need to be treated as urgent by the mainstream media in all places; from the South side of Chicago, to Trump rallies, to their email inboxes.

In this case, media coverage can literally make the difference between life and death.

So maybe a little less Russia, Trump’s Playboy mistresses, and countless panels on threats to journalists…

And a lot more Chicago.