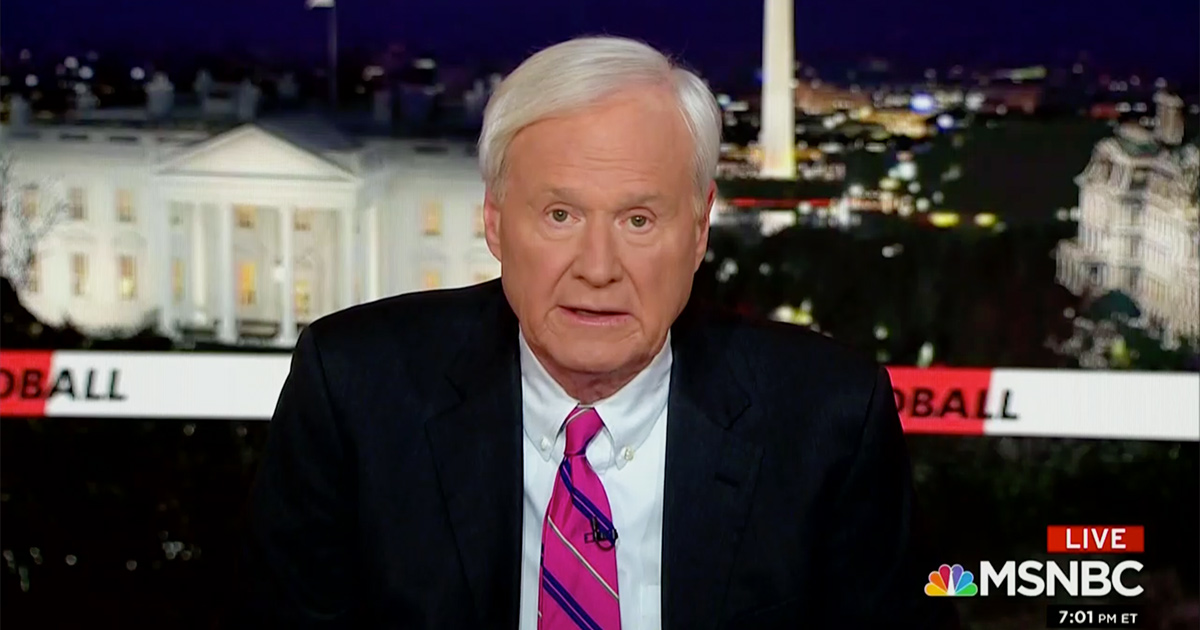 Either Chris Matthews managed to become a massive R&B star since his departure from television, or Amazon is having some technical difficulties in connection with his book launch.

The former host of MSNBC’s Hardball has just released his new book, This Country: My Life in Politics and History. According to the description provided by Amazon, the book is a memoir in which Matthews reflects on his career in politics and media, accompanied by his view of American history as it unfolded in front of him.

Matthews kicked off a promotional tour to sell his book this week, and it has already taken him back to MSNBC despite the fact that he left the network last year amid controversy.

In March 2020, GQ columnist and frequent MSNBC guest Laura Bassett accused Matthews of making sexist and inappropriate comments. Joy Reid hosted Matthews on her show Tuesday night — the first time he appeared on MSNBC since his departure — and he admitted “I commented, remarked on somebody’s appearance in the makeup room, and I shouldn’t have done that. Nobody has to come defend me. I did something wrong.”

Matthews also spoke about his book.

While his promotional tour is likely to boost sales of This Country, the memoir has already rocketed to the top of an unlikely chart: Amazon’s “R&B & Soul Artist Biographies” category. For some reason this puts Matthews above books written by actual singers and songwriters — including Mariah Carey, Alicia Keys, and Lenny Kravitz — all of whom have their own memoirs in the Amazon’s top 20. 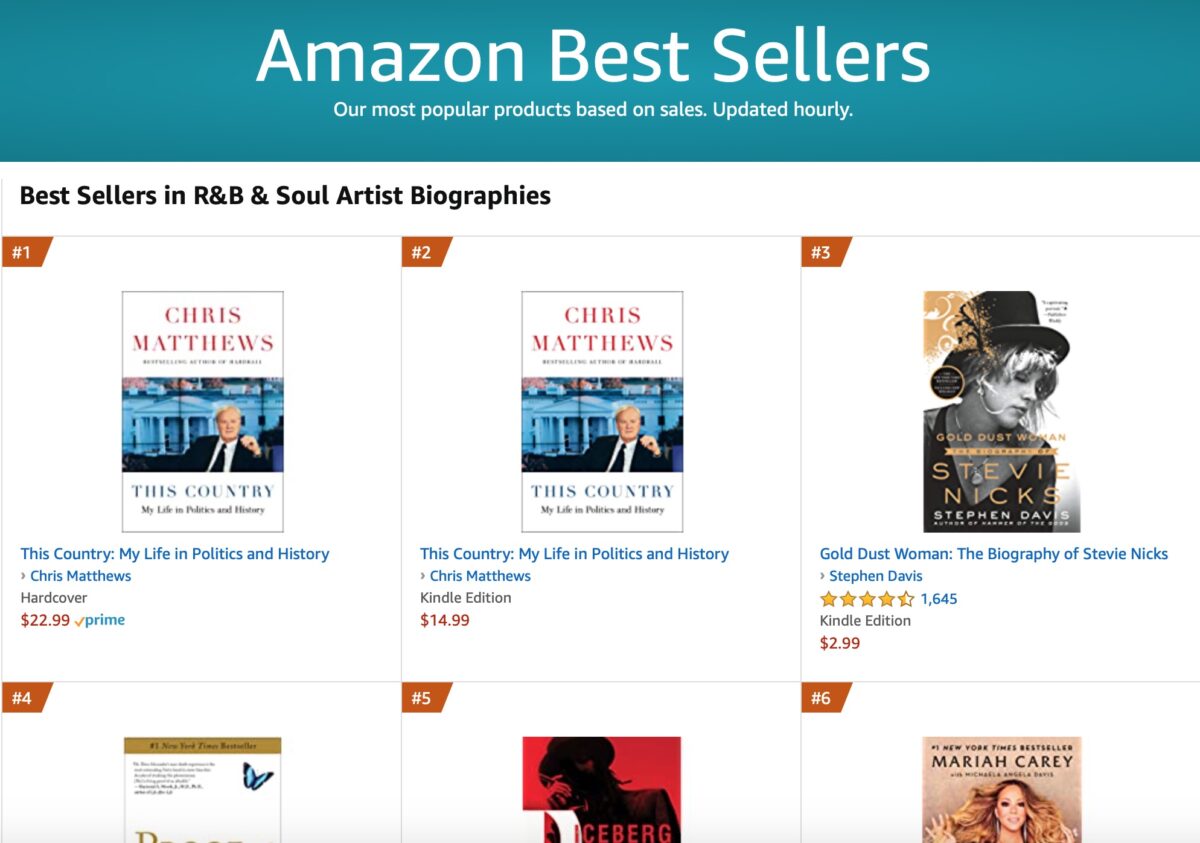 It’s hard to say what’s going on here. Is this a glitch from Amazon? Did someone break reality by dividing by zero and we’re mere moments away from vanishing into the void? Who knows, but we’ll keep track and keep you up to date.