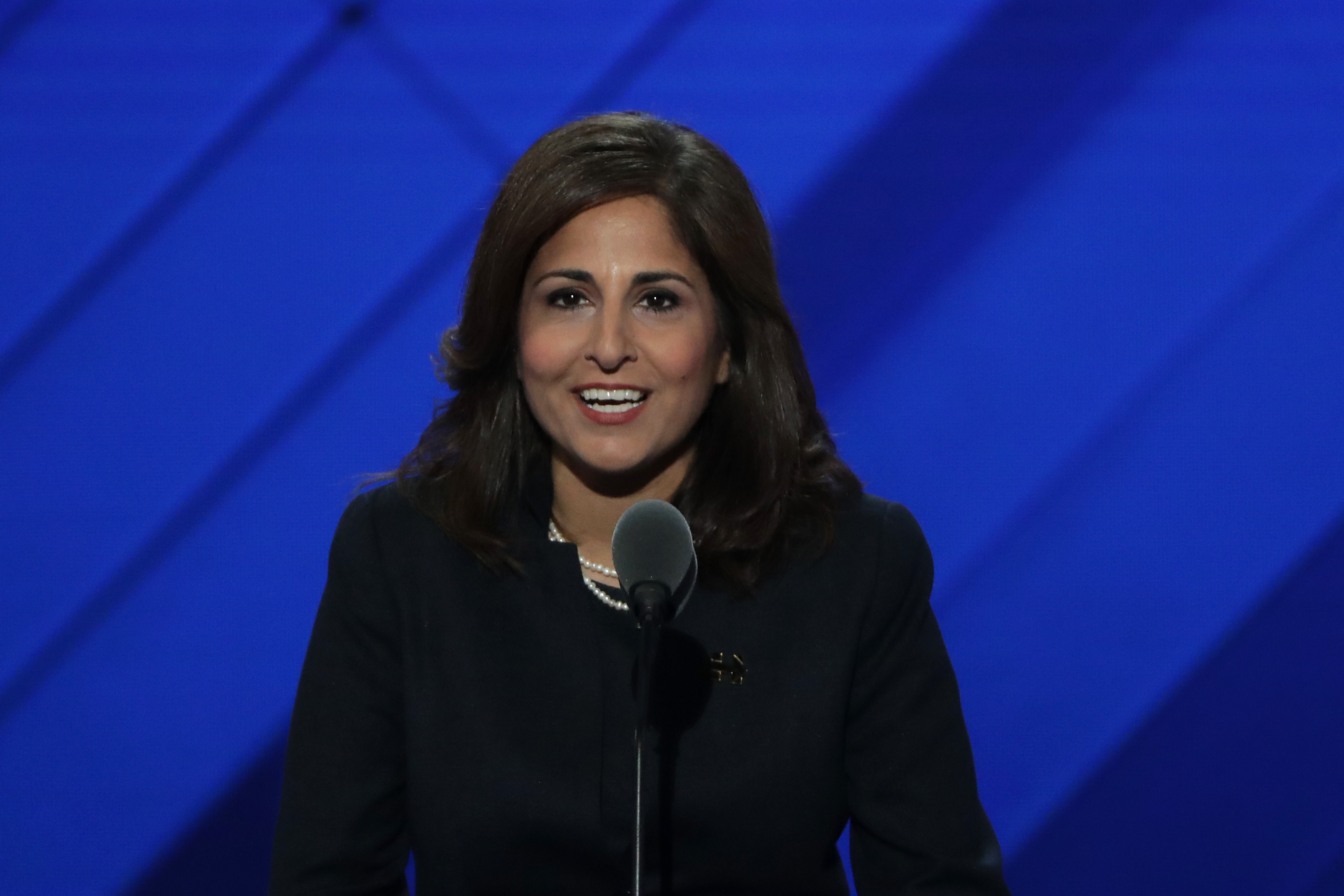 Former Hillary Clinton campaign staffers and others are furious with The New York Times for publishing a piece in which the mother of ex-Clinton adviser Neera Tanden was quoted in a piece against her wishes.

In a piece which reported that Tanden punched a current Bernie Sanders staffer in the chest, Maya Tanden — the 78-year-old mother of Neera — was quoted as saying that her daughter “can be very aggressive.”

Tanden later shared a statement from her mother:

A statement from my mom, Maya Tanden pic.twitter.com/SlYY4zqQYC

The inclusion of Tanden’s mother drew widespread criticism from her ex-Clinton campaign colleagues, as well as others across the political spectrum — including a high-profile Times columnist.

Here’s a sampling of the reaction from ex-Clinton staffers:

The NYT story on Neera Tanden should never have brought her mom into it. And whether you agree with Neera's views or not, her aggressiveness is one of her biggest strengths and would be lionized if she were a man.

But duping someone’s mom is the skeeziest stunt a reporter can pull.

The NYT will dig in, but even their toughest reporters are ashamed of their colleagues. https://t.co/QssAMMemVt

Completely irresponsible of the @nytimes to call Neera’s mother: an apology is owed. In the meantime, I am grateful for Neera, her loyalty to the Democratic Party and leadership running CAP. Her passion for what she believes is one of her greatest assets. https://t.co/zDjRLMZaNA

And here’s a sampling of the reaction from other observers:

I don't care how you feel about Neera Tanden and her politics, but what the @nytimes did to her 80-year old mother was prey on a senior citizen — a well-known favorite target of scammers: https://t.co/tmoBTBqaLK

The 2016 primary of Bernie vs Hillary never stopped. And the 2020 primary will almost certainly repeat some of the worst dynamics on this web site.

But why in the world does Ken Vogel think Neera Tanden's **mother** is a viable source? https://t.co/Sgsf7IL0pu

Agree w/the criticism of this NYT story for bluntly quoting Neera Tanden's 78-yr-old mother. Wonder if mom realized it was on record (I doubt it). I may not agree with #NeeraTanden on much politically, but the media needs to be fair to progressives too https://t.co/us7ebp9vT5

Never tell me there isn’t sexism in American media.

this is what happens to liberals like Neera when they, from time to time, accurately criticize NYT journalism—that newsroom is thin-skinned and has a long memory https://t.co/FhJkwFDRMa

The New York Times Should Apologize to Neera Tanden and Her Mother https://t.co/pzCGgrNuAR pic.twitter.com/V8rwLeJ6Y0

Regardless of what you think of Neera Tanden, the @nytimes involving her mom in this story is unacceptable journalism. pic.twitter.com/aFN2veMWKw

I agree with Neera Tanden on little-to-nothing of political substance, but dragging her mom into this is gross. She's a civilian. Let her be. https://t.co/fpD5w3qoOS

Yeah this is outrageous. However you feel about Neera, this is not responsible coverage, and yes it’s very sexist. https://t.co/KXybDhmin2

Even a prominent Times columnist criticized the paper:

So it's sad and a bit scary to see @neeratanden getting the Hillary treatment. And yes, I think there's a fair bit of sexism involved too. 3/