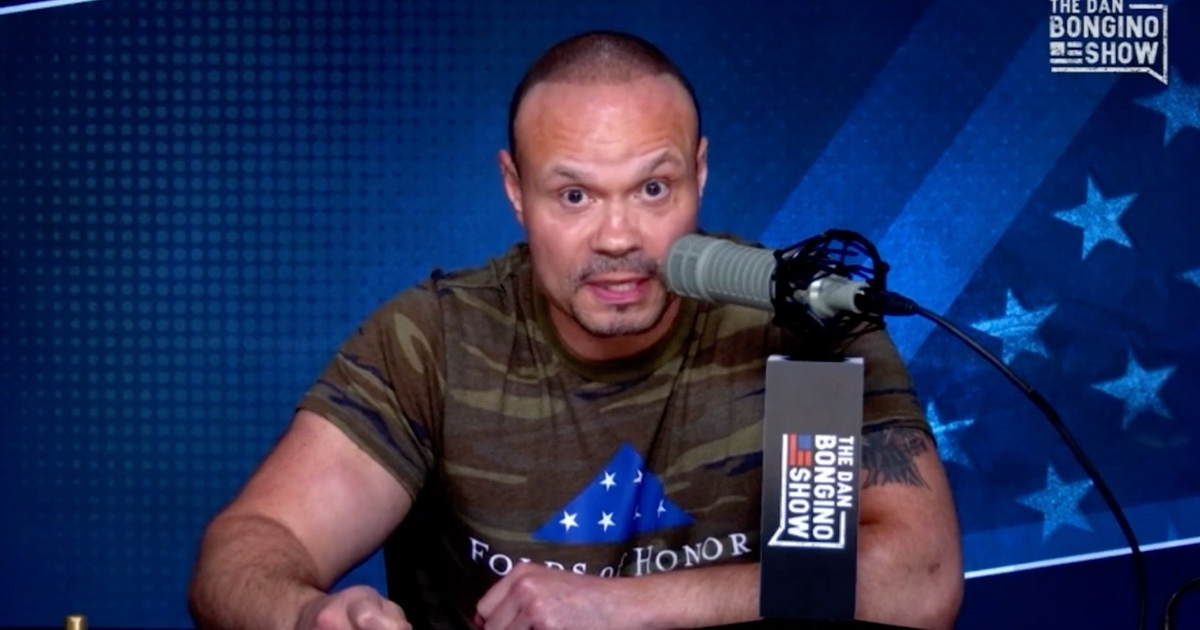 Dan Bongino has been off the air for weeks as he carries out an intense feud with the syndicator of his radio show.

It’s a been bad time to take off for a conservative firebrand, given the abundance of news: a tight gubernatorial race in Virginia that ended in a Republican victory, the looming threat of vaccine mandate strikes, and President Joe Biden either falling asleep on the global stage as his approval ratings sink to lower lows.

But Bongino is not currently hosting his widely-syndicated show, and the radio stations that carry him are left to air re-runs of past programs that are by definition pretty stale.

The reason for this, according to Dan Bongino, is principle: he is protesting the vaccine requirement of Cumulus Media, the parent company of Westwood One, which syndicates The Dan Bongino Show.

Bongino is vaccinated but says he opposes the mandate, and on October 18 he threatened to quit over it. Four days later, Bongino told his audience, “It’s been an extremely exhausting week. I just want to assure you again you will get my content here. This is my podcast. I own this podcast, okay? This will be here next week.”

“The radio program, syndicated through Cumulus, which has a vaccine mandate — that conversation has not been going well,” he continued. “It’s been degenerating even worse. It is ongoing, but as I said to them, and I will repeat again with Cumulus: I am not going to be there while there is a vaccine mandate. They can have the vaccine mandate or they can have me, but they can’t have both.”

Since that blow-up, Bongino has been off the air. Cumulus has aired re-runs of the show and said in a statement that the host is “taking a well-deserved vacation.” Bongino has continued to host his podcast.

But the timing of his self-imposed exile? Well, it has raised questions. The Cumulus vaccine policy was announced in the summer, with pretty clear deadlines: first shot in September and a second by October 8. Anyone who did not follow the policy was let go by the company by that date.

A source with direct knowledge of the company’s policy revealed to Mediaite that anyone on the chopping block for refusing to get the vaccine was already fired. So the notion that Bongino is taking a principled stand against mandates as a means of protecting the freedom of his colleagues doesn’t make much sense.

It has raised eyebrows among industry insiders who suspect that Bongino’s protest has a different motivation than a principled stand against vaccine mandates.

Take, for example, North Alabama-based conservative talk radio host Dale Jackson, who called out Bongino for “virtue signaling” his opposition to the mandate. “The reason why I called it virtue signaling is very simple: the mandate went into place a week after he said he wouldn’t work for a company that had a vaccine mandate.”

Jackson is not alone in his criticism of Bongino. The self-imposed exile, sources say, is more about Bongino’s flagging commitment to continuing his three-hour daily show. There is a lot of rumbling within Cumulus — and stations that syndicate his show — that Bongino’s stand against mandates is actually a naked attempt to break a contract he does not like. His colleagues are not happy about it.

The conservative talk community is a pretty tightly-knit group. It’s not exactly all for one and one for all, but it’s pretty damn close. Part of it is just simple like-mindedness and common mission, the other is the joy in bonding over being something of a political outlier from the mainstream. So when one is under attack? Well, all come running in support. It’s easy programming and usually pays off in the end (one good turn deserves another.)

That is curiously not the case in this instance. Take for example a not-so-subtle dig at Bongino from conservative writer Derek Hunter:

When you aren't live for 2 weeks, and so few people notice, it's not a good sign. If you are really so full of principles, resign already.

So what’s really going on here? It’s entirely plausible that Bongino wants out of his contract with Westwood One and is protesting in hopes of scoring a broken contract, perhaps so he can go to Fox Radio or another outlet. He has an audience that most conservative outlets would love to reach. Radio Ink reported on rumors that Bongino, who is a Fox News contributor, could find a home at Fox Radio:

The rumor about Bongino moving to Fox Audio is interesting. Whether it’s even possible is another story. It, most likely, would all come down to Cumulus tearing up their original contract with the popular conservative host. However, it may also allow Cumulus to keep Bongino broadcasting on the hundreds of radio stations they put the muscle of Westwood One behind when they launched him back in May. Fox does not have a vaccine mandate and Bongino already has a working relationship with Fox News where he hosts his own program Saturday night.

When asked about Bongino’s possible move to Fox, one radio executive told Mediaite, “Oh he’d like that very much. But why would Cumulus and Westwood One break his contract, let alone allow him to work for a competitor?”

(By the way? Westwood One also syndicates Bongino’s very lucrative podcast, which he continues to host. So his principled stand apparently has limitations.)

Multiple sources told Mediaite that local radio stations have grown tired of re-airing Bongino shows focused on the issues of yestermonth. Complaining about the Afghanistan withdrawal is not exactly a ratings draw months after it happened, and it is costing stations audience and ad revenue.

Further, his belated stand against vaccines casts his fellow Cumulus hosts as weak corporate shills and hypocrites, which could be another reason Dan Bongino can’t get any love in the community of conservative talk radio hosts. A group whose support he sorely needs to stay relevant in this current political climate.

Mediaite has reached out to Dan Bongino for comment and will update the post if he responds.

UPDATE: Bongino did not respond directly to the email for comment, but instead posted an ‘EMERGENCY’ update video to Facebook in which he denies reporting that he is trying to break his contract, insisting that his refusal to host is in protest to a vaccine mandate. He also criticized conservative criticism he’s received as “a bunch of people leaking to the media are desperate … they don’t want anybody standing on principle on vaccine mandates.” He also says “do you know why I’m losing their support? because of lot of them don’t have the balls to stand up and say anything in support because they don’t want to lose their freakin’ gravy train!”