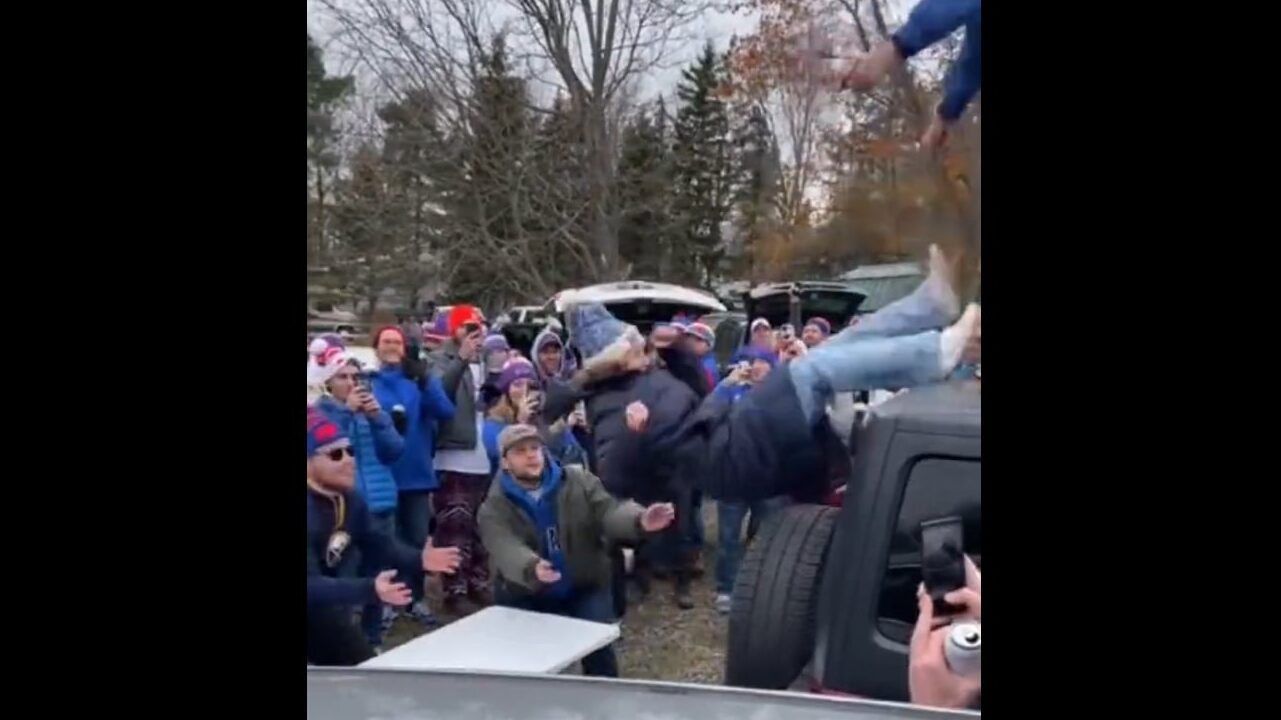 Having a few adult beverages and firing up the tailgate grill are pregame traditions I can definitely get behind. But jumping or getting thrown through a table is one I will never understand.

Bills Mafia is a uniquely fervent NFL fanbase and it may be summed up by their continued desire to violently toss their bodies through folding tables as part of a strange pregame ritual.

On Sunday, Buffalo played embarrassingly bad against the Indianapolis Colts, but for at least one Bills fan, the 41-15 final score was far from the worst moment of her day.

At least she won't remember the game today. pic.twitter.com/03XJUomknI

After climbing the spare tire of a Jeep Wrangler, a woman was picked up by a man standing on the vehicle’s roof and slammed down toward the sacrificial folding table. There was really no good outcome that could have occurred during this scenario and unsurprisingly, the table smash turned into an epic fail.

The seemingly willing participant fell short of the table after getting tossed off the Wrangler and onto the ground, a near six-foot drop. On her way down, the woman smacked her head, generating a massive thud that caused all of Bills Mafia to “oooh” in pain, while the two spotters on either side of the table stood hopelessly helpless.

At the end of the 15-second video, the woman begins to get up, which at a minimum – thankfully signals she did not plummet to her death. But it was still a brutal outcome to a dumb tradition that has seen fans get seriously injured and even set on fire. While some Buffalo fans were attempting to jump on tables, others were inside the stadium getting handed $100 bills from Colts owner Jim Irsay.