LeBron James Weighs In on NBA-China Controversy: Daryl Morey ‘Wasn’t Educated on the Situation’ When He Tweeted 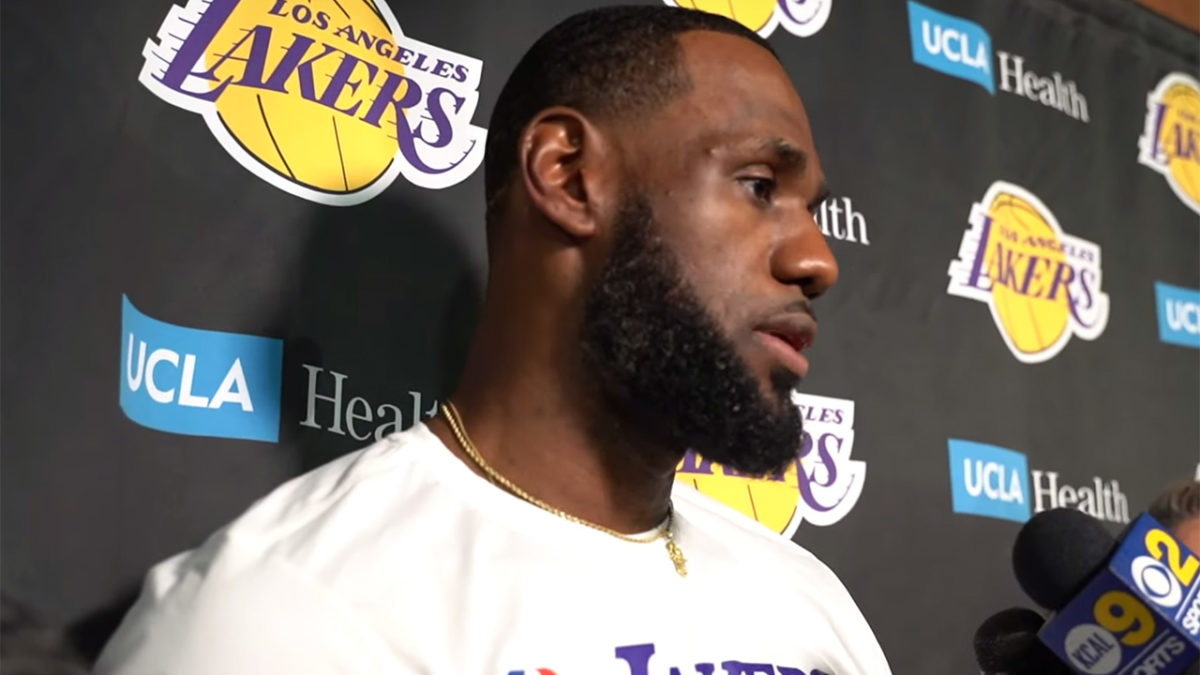 The NBA has faced serious criticism in the past week for caving to pressure from China, set off by Rockets general manager Daryl Morey‘s tweet in support of protests in Hong Kong.

In the past week, others like Steve Kerr and Gregg Popovich have gotten criticism for answers on the controversy that basically dodged the issue.

Lakers’ LeBron James on NBA’s China controversy: “I don’t want to get into a … feud with Daryl Morey but I believe he wasn’t educated on the situation at hand and he spoke.” pic.twitter.com/KKrMNU0dKR

LeBron James was asked for his take tonight and had this to say:

“We all talk about this freedom of speech. Yes, we all do have freedom of speech, but at times there are ramifications for the negative that can happen when you’re not thinking about others, and you’re only thinking about yourself. I don’t want to get into a… feud with Daryl Morey, but I believe he wasn’t educated on the situation at hand and he spoke.”

As soon as his comments spread around Twitter, James was immediately criticized:

"We all do have freedom of speech, but at times there are ramifications for the negative that can happen — when you're not thinking about others, you're only thinking about yourself."

That quote should forever be an asterisk attached to the on-court legacy @KingJames leaves.

I actually can't believe that LeBron, who had DAYS to think about his answer, went with blaming Daryl Morey and saying that it was MOREY who was uneducated in speaking about the topic. And then suggests it was MOREY who was selfish here, instead of the Chinese government.

Ironic. Morey's tweet wasn't about himself. It was about people in Hong Kong, who LeBron didn't even mention.

Someone is definitely thinking solely about himself in this situation, that's for sure. https://t.co/pf7irXdQ5u

Let me clear up the confusion. I do not believe there was any consideration for the consequences and ramifications of the tweet. I’m not discussing the substance. Others can talk About that.

My team and this league just went through a difficult week. I think people need to understand what a tweet or statement can do to others. And I believe nobody stopped and considered what would happen. Could have waited a week to send it.