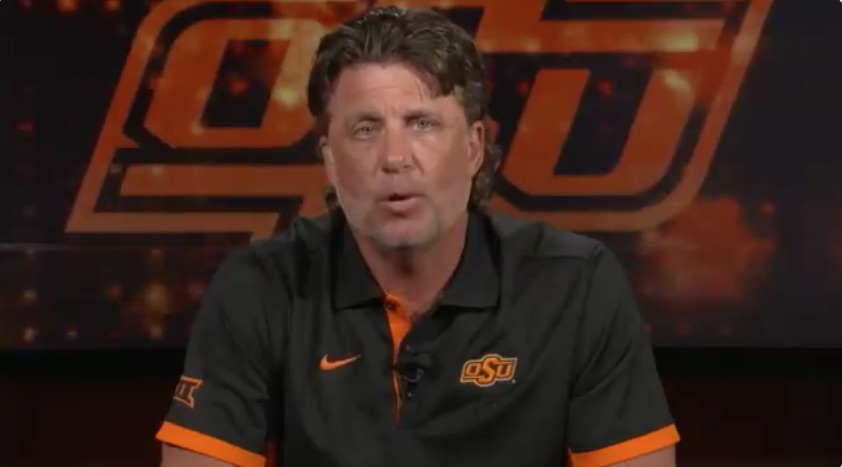 Oklahoma State head football Coach Mike Gundy posted a contrite video on his Twitter account on Tuesday, apologizing for wearing a T-shirt featuring the logo of the pro-Trump cable channel One American News Network. He also added that, after meeting with some of his players, he was “disgusted” at how the network has portrayed the Black Lives Matter movement.

“They helped me see through their eyes, how the T-shirt affected their hearts,” Gundy said. “Once I learned about how that network felt about Black Lives Matter, I was disgusted and knew it was completely unacceptable to me.” One OAN commentator has very publicly trashed the movement, calling it a “farce” that wants African-Americans “to be above the law because of your skin color.”

“I want to apologize to all members of our team, former players and their families for the pain and discomfort that has been caused over the past two days,” Gundy added. “Black Lives Matter to me, our players matter to me.”

Gundy had been skewered online on Monday after a CBS Sports writer tweeted out an image of him wearing the OAN T-shirt during a fishing trip. Among those who called the coach out, his team’s own All-American RB, Chuba Hubbard, who effectively threatened a boycott on playing for the Cowboys and called for change. Gundy and Hubbard then both appeared in a brief video on Monday night, saying they were working together to affect change on the team, without Gundy offering any specifics.