QB Drew Brees Offers Shout-Out to US Women's Soccer Team at ESPYs: 'Way That You Represent Our Country…Is Inspiring' 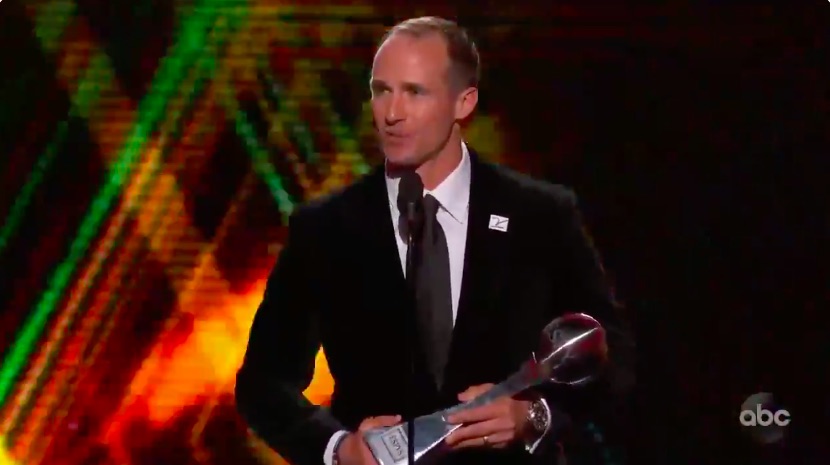 At the 2019 ESPY awards, New Orleans Saints QB Drew Brees gave a special shout-out to the “inspiring” U.S. women’s soccer team, praising “the way that you represent our country.”

Drew Brees was excited to bring his sons to the #ESPYS to meet some of their heroes … from Zion to the USWNT. pic.twitter.com/yJplvkODcc

Brees’ recognition of the team came during his acceptance speech for the Best Record-Breaking Performance, which he won for becoming the NFL’s new all-time leader in passing yards during the 2018 season. After accepting the award, Brees singled out basketball phenom Zion Williamson as well as NFL superstars like Saquon Barkley, Odell Beckham, and 2019 NFL MVP Pat Mahomes II. But he saved his last — and longest — shout-out for the new Women’s World Cup champions.

“How about the U.S. women’s national team,” Brees said, eliciting loud applause. “I just want [the team] to know how much fun you’ve made these last couple weeks, having the chance to watch you each and every step of the way. Your commitment to the game, your love and respect for the game, the way that you represent our country, the way that you love one another, compete with one another, play as a team: you all are inspiring. Congratulations on your accomplishment and know that you inspire us all.”

His callout seemed to offer a subtle rebuke to mounting criticism of the team and its outspoken co-captain, Megan Rapinoe, from some on the political right. Since winning the World Cup, the team and Rapinoe have been smeared as “unpatriotic” and “anti-American” with some conservatives criticizing their very public snub of President Donald Trump as “spoil[ing]” their victory.