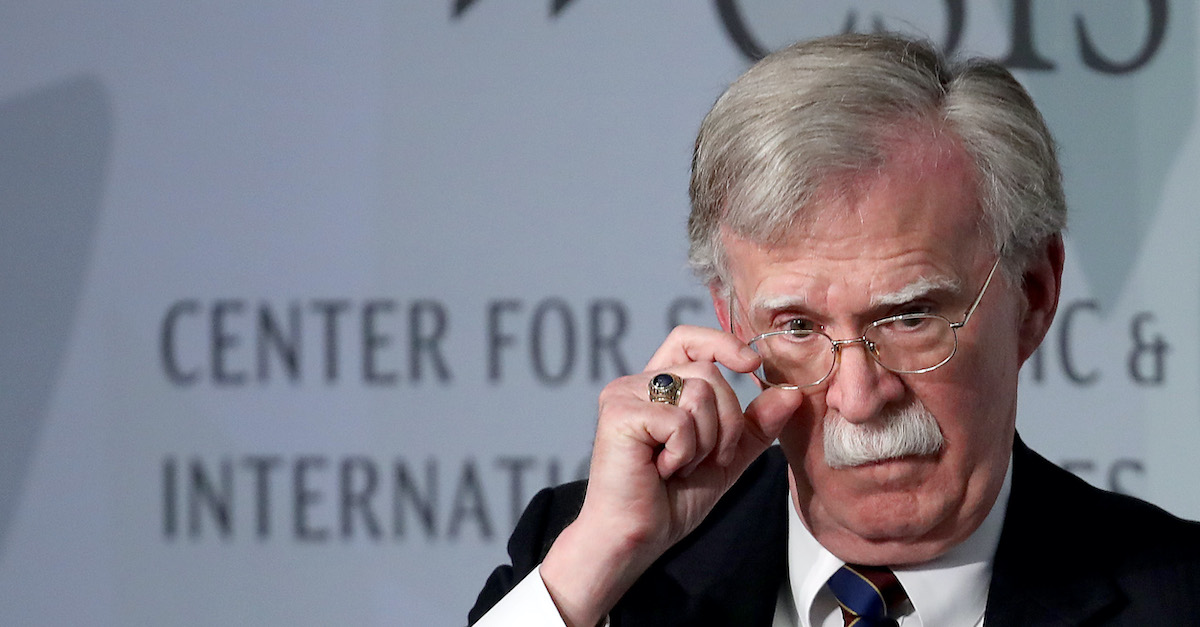 John Bolton, the former national security adviser who left his post in 2019, claims to have documented impeachable offenses across the “full range” of President Donald Trump’s foreign policy.

According to a press release put out by publishing giant Simon & Schuster, Bolton’s soon-to-be-released book — The Room Where It Happened: A White House Memoir — contains a thorough accounting of Trump’s transgressions.

What Bolton saw astonished him: a president for whom getting reelected was the only thing that mattered, even if it meant endangering or weakening the nation. “I am hard-pressed to identify any significant Trump decision during my tenure that wasn’t driven by reelection calculations,” he writes. In fact, he argues that the House committed impeachment malpractice by keeping their prosecution focused narrowly on Ukraine when Trump’s Ukraine-like transgressions existed across the full range of his foreign policy—and Bolton documents exactly what those were, and attempts by him and others in the Administration to raise alarms about them.

The White House has reportedly tried to pull out all the stops to keep Bolton’s book from being released — claiming that Bolton is divulging classified information. But Simon & Schuster says the book will be out on June 23 nonetheless.

“In the months leading up to the publication of The Room Where It Happened, Bolton worked in cooperation with the National Security Council to incorporate changes to the text that addressed NSC concerns,” Simon & Schuster said, in the release. “The final, published version of this book reflects those changes, and Simon & Schuster is fully supportive of Ambassador Bolton’s First Amendment right to tell the story of his time in the Trump White House.”