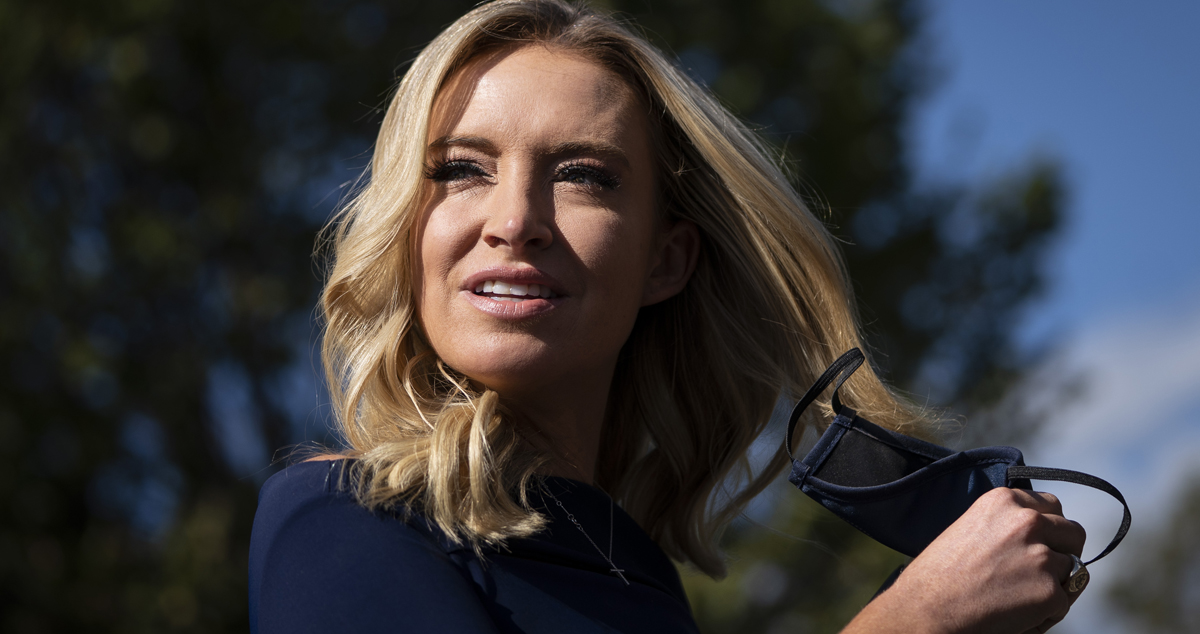 White House Press Secretary Kayleigh McEnany announced in a statement Monday that she has tested positive for the coronavirus.

She said she tested positive Monday morning and is experiencing no symptoms of the disease.

“After testing negative consistently, including every day since Thursday, I tested positive for Covid-19 on Monday morning while experiencing no symptoms,” McEnany said. “No reporters, producers, or members of the press are listed as close contacts by the White House Medical Unit.”

“Moreover, I definitively had no knowledge of Hope Hicks’ diagnosis prior to holding a White House briefing on Thursday,” she added.

Hope Hicks, one of President Donald Trump’s closest aides, experienced symptoms of the coronavirus last Wednesday night and tested positive for the virus Thursday morning. McEnany held a press briefing with reporters on Thursday — which she conducted without wearing a mask — raising questions about when she knew that a colleague was sick.

McEnany received well-wishes from the White House press corps on Monday, but many reporters expressed outrage that she held mask-free pressers as recently as Sunday night.

Trump was airlifted to Walter Reed Medical Center aboard Marine One on Friday, where he has been given Remdesivir and a steroid, amongst other treatments. White House physician Dr. Sean Conley revealed Sunday that Trump was hospitalized due to fluctuations in his oxygen levels on Friday. The president’s doctors said he has been free of a fever since Friday, but that his oxygen saturation levels dropped a second time on Saturday.

After McEnany announced her diagnosis, it was reported that two more staffers in the White House press shop haven now tested positive for the coronavirus.