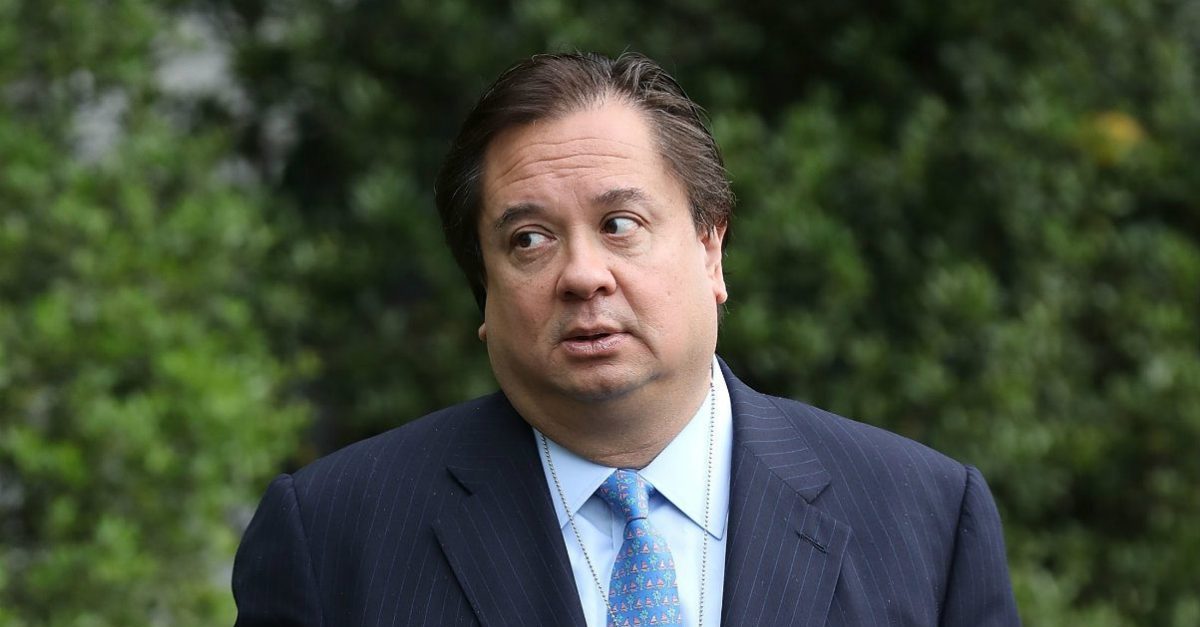 George Conway fired back at Senate Majority Leader Mitch McConnell saying today impeachment “diverted the attention” of the government away from responding to the coronavirus sooner.

This is gaslighting of the highest order… While some lawyers in the executive branch and Congress were working on impeachment around the clock, impeachment didn’t consume the government. Trump managed to get to Mar-a-Lago at least four times in January and February, working in a few rounds of golf along the way. He held five campaign rallies around the country during the impeachment trial…

The problem wasn’t impeachment — it was the president. There was never any chance that the government was going to take sufficient action on the virus when the president himself wasn’t taking the virus seriously. It was Trump, after all, who claimed — at the very end of February, weeks after the impeachment trial had ended — that criticisms such as Murphy’s were a “hoax” and that “within a couple days,” the number of coronavirus cases “is going to be down to close to zero.”

He argues there is a throughline with both Ukraine and the president’s response to coronavirus: “Just as his focus on himself, and his reelection, led him to extort Ukraine and lie about it, so, too, it led him to deceive the public about the coronavirus as well.”

“For Trump, it’s always about Trump and only Trump. If anything, it was McConnell and his fellow Senate Republicans’ refusal to remove him, not the impeachment itself, that helped bring us to where we are today,” he adds.