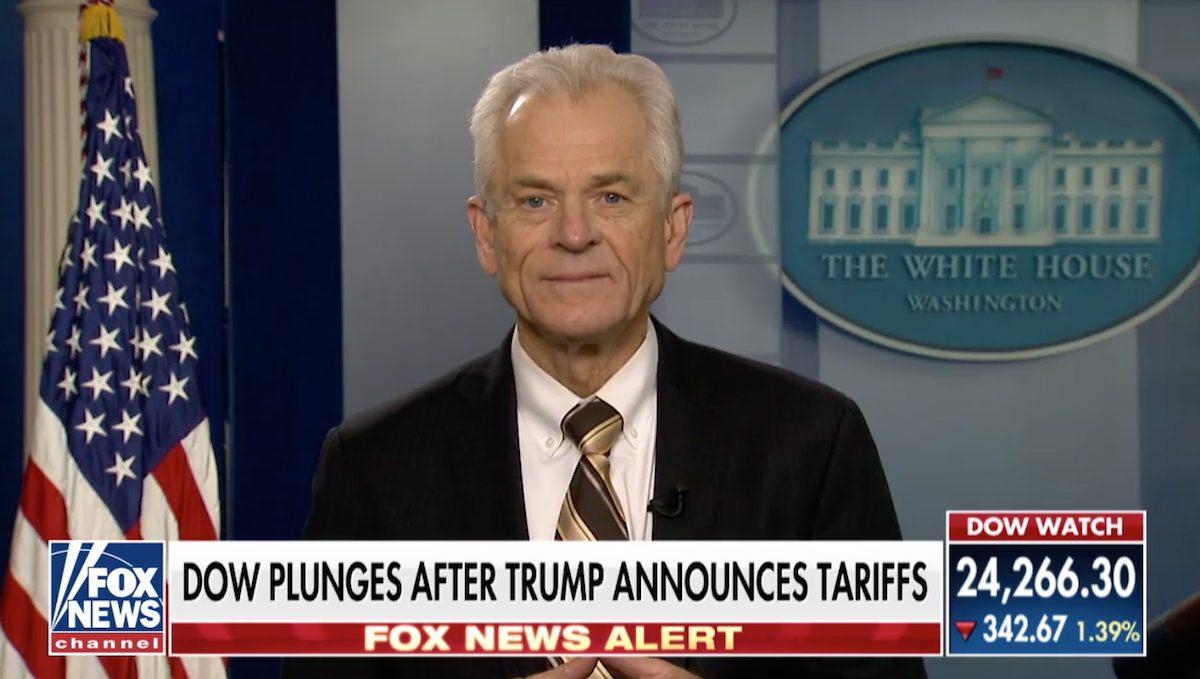 He may be President Donald Trump’s top trade advisor, but Peter Navarro also has undertaken an unofficial side project: hunting down the most famous of Trump’s despised “leakers” — the senior official known simply as ‘Anonymous,’ according to a Daily Beast report.

The official’s identity has befuddled the Trump administration, while they were busy writing in the New York Times and a bestselling book titled A Warning.

The presidential gumshoe, Navarro, has gone as far as to create a profile of Anonymous, per the Beast, cross-referencing the official’s public writing “with a list of potential suspects.”

Navarro, who Trump affectionally refers to as “my Peter,” has compiled a written report that he shared with White House Counsel Pat Cipollone, who is leading the internal investigation into Anonymous.

Anonymous, who has said they will deny the accusation if publicly-fingered as the leaker, has promised to reveal their identity when the time is right.

Read the full story at The Daily Beast.