Russia Boasts That Trump Questioned Their Involvement in Skripal Poisoning

Russia Boasts That Trump Questioned Their Involvement in Skripal Poisoning 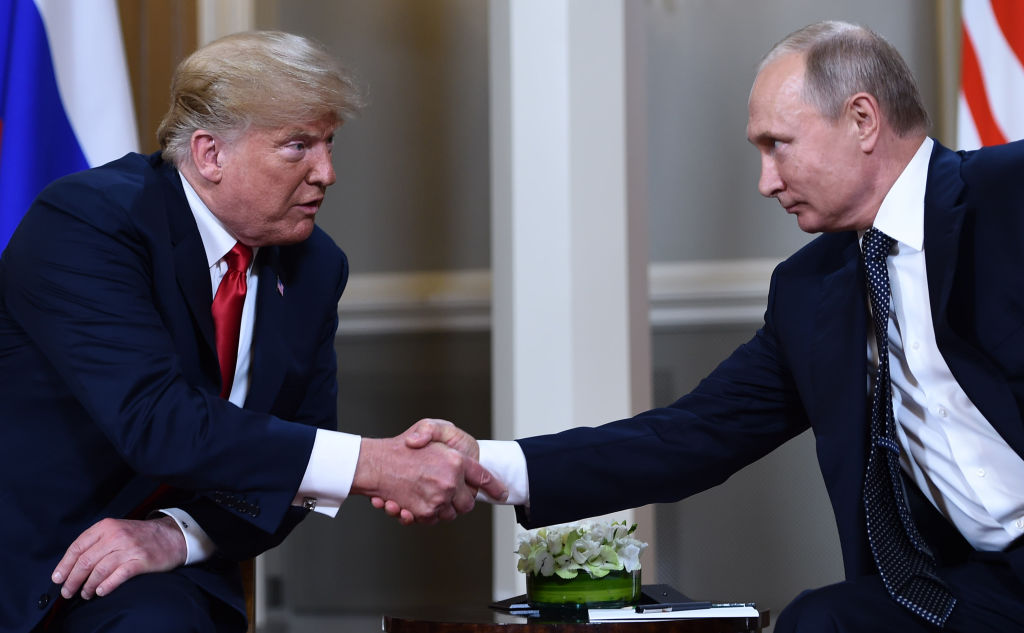 Russia’s UK embassy cited reporting that President Donald Trump questioned who was responsible for the attempted murder of a former Russian spy as evidence the Kremlin was not behind the 2018 attack.

The U.K. government has said there is “overwhelming” evidence that the poisoning of the former spy, Sergei Skripal, and his daughter Yulia in the British town of Salisbury was carried out by Russian agents.

According to the Washington Post, Trump is skeptical of that conclusion. “In a summer 2018 call with Prime Minister Theresa May,” the Post reported, Trump “disputed her intelligence community’s conclusion that Putin’s government had orchestrated the attempted murder and poisoning of a former Russian spy on British soil.”

“Trump was totally bought into the idea there was credible doubt about the poisoning,” one person briefed on the call told the Post. “A solid 10 minutes of the conversation is spent with May saying it’s highly likely and him saying he’s not sure.”

Trump pushing Russian propaganda in a call with May drew the attention of the famously trollish Russian Embassy U.K. Twitter account, which tweeted out the news along with the comment: “Best evidence that no evidence of Russian involvement exists.”

Best evidence that no evidence of Russian involvement exists.https://t.co/nvUojfCmLo

It’s worth pointing out that the reported comments from Trump — a famously stubborn conspiracy theorist who is oddly deferential to Russian President Vladimir Putin — are not great evidence of Russia’s innocence.