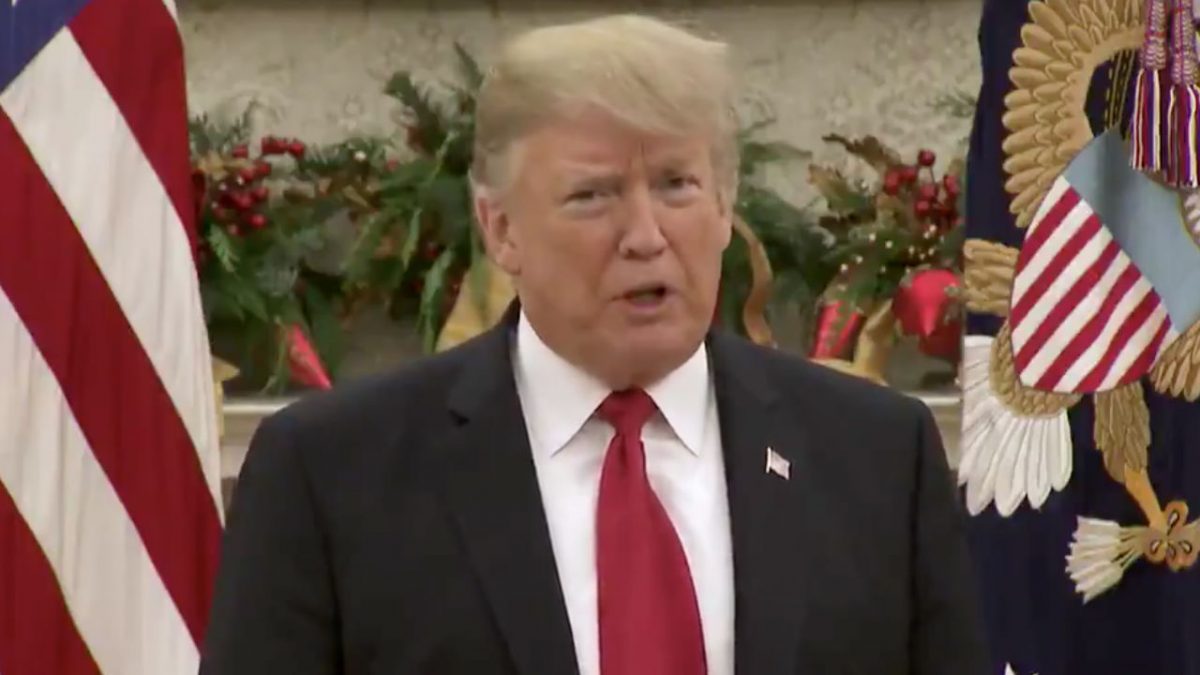 It has been a wild few weeks for the White House and according to a top Trump official, the crazy is not just contained to the headlines. Instead, even national security decision-making has broken down and “basically stopped working.”

A senior administration official told CNN’s Jim Sciutto that national security decision-making has “basically stopped working” and decisions are “made on a whim on phone calls.” The official added the Syria withdrawal was “a complete reversal” and it was done “without deliberation, no consideration of risks.”

American allies and partners are “shocked and totally bewildered” and the Syrian Democratic Forces “don’t believe this is happening,” the official said.

The CNN report comes on the heels of two major defense departures.

Last week, Secretary of Defense Jim Mattis resigned — and then was pushed out two months early — after Trump announced the Syria withdrawal.

Trump reportedly has not spoken to Mattis since his resignation letter came out.

Brett McGurk, who I do not know, was appointed by President Obama in 2015. Was supposed to leave in February but he just resigned prior to leaving. Grandstander? The Fake News is making such a big deal about this nothing event!

Following up on Christmas Eve, Trump then bashed McGurk — who he claimed he did not know — in a follow-up tweet that looped in Barack Obama and Bob Corker.

For all of the sympathizers out there of Brett McGurk remember, he was the Obama appointee who was responsible for loading up airplanes with 1.8 Billion Dollars in CASH & sending it to Iran as part of the horrific Iran Nuclear Deal (now terminated) approved by Little Bob Corker.

Trump’s actions, the resignations and talk of a dysfunctional national security process are all part of what CNN insists, “adds up to a feeling of a White House that is hurtling out of control and a President who is becoming increasingly emotional and vexed.”

Things are also about to get worse for Trump beginning in the New Year when the GOP will no longer control the House.

Meanwhile, despite reportedly little consideration of the risks,  the order to withdraw troops from Syria has already reportedly been signed and the drawdown may begin in weeks.