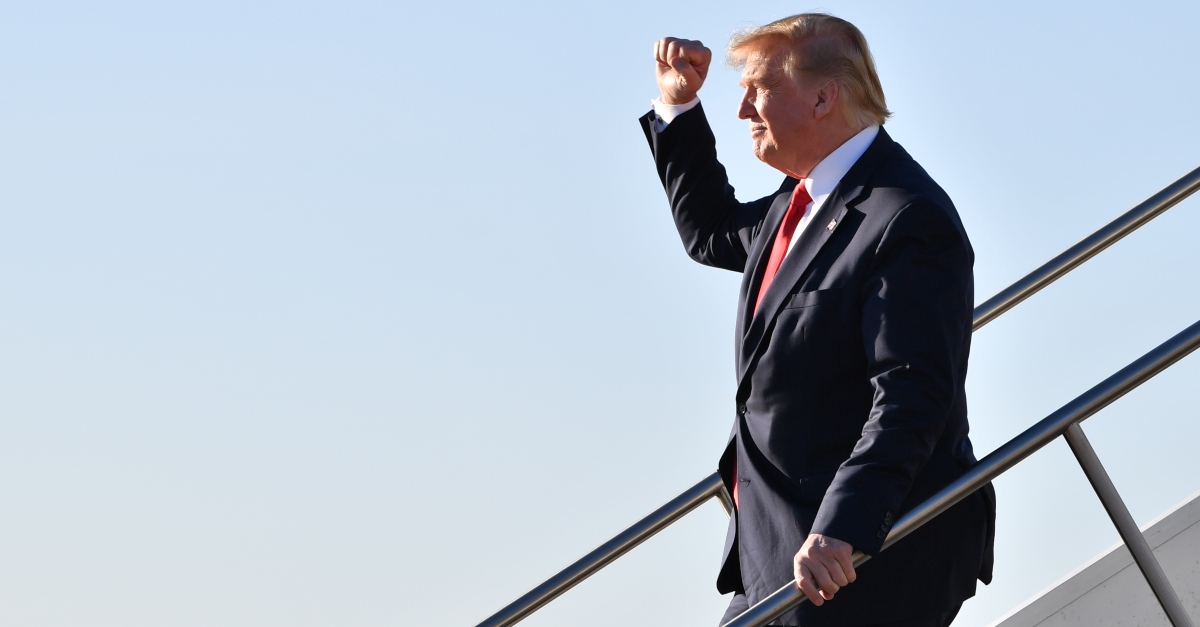 If Democrats harbored no real belief that President Donald Trump would be removed via the impeachment process thanks to a Republican Senate majority, they surely hoped that the process would at least put a dent in the commander in chief’s popularity. Yet the latest numbers indicate that not only has the Senate trial had the opposite effect, it has also bolstered Trump to an all-time high approval rating.

According to the latest survey released by Gallup, 49 percent of Americans approve of the job Trump is doing as president. The poll was taken from Jan. 16-Jan. 29 — which covers much of the period during the trial. (Although it does not factor in Friday’s 51-49 vote against witnesses being called.)

What has powered the Trump surge? The economy, pure and simple. Gallup reports that 63 percent of Americans approve of the Trump economy. Not only is that a high for the Trump presidency, but it’s also a number that tops former President Barack Obama’s high of 59 percent in that category — a mark that Obama reached during the early months of his administration. (Obama, per Gallup, never topped 45 percent in economic approval rating after 2010.) The last president above 63 percent economic approval was George W. Bush in the months after 9/11.

But Trump is on the rise in other categories as well. The passage of the USMCA trade deal helped Trump reach 50 percent approval in foreign trade. And despite initial, widespread criticism about his handling of Iran, 47 percent approve of Trump on foreign policy.

Notably, former President Bill Clinton also reached an all-time high in Gallup approval after being impeached by the House. Seventy-three percent of Americans approved of his job performance at that point in his presidency.