Trump: I'd 'Love' Gordon Sondland to Testify on Ukraine 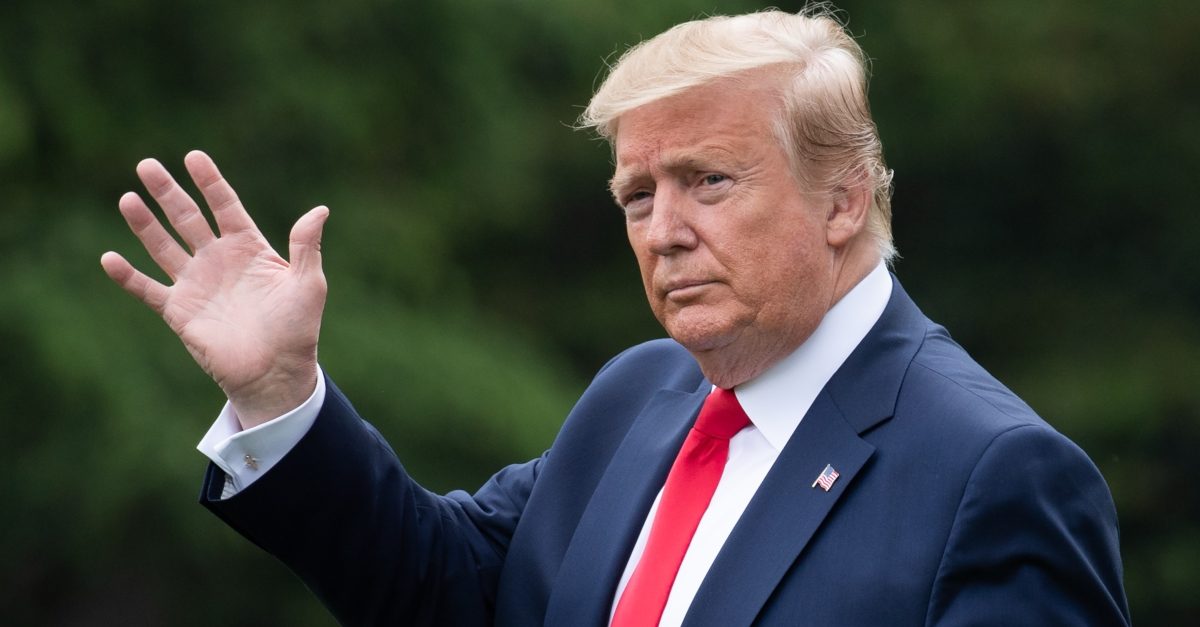 There’s a recurring joke on the Internet about how every time President Donald Trump lands in a political quandary, there’s “always a tweet” from his past that makes him look like a hypocrite, a flip-flopper, or otherwise undermining his position of the day. Usually, it takes more than a month before the joke re-occurs, and yet…here we are.

On Wednesday, U.S. Ambassador to the European Union Gordon Sondland defied the White House’s orders and publicly testified before the impeachment inquiry on Trump’s dealings with Ukraine. Sondland’s remarks have already been a groundbreaking development in the scandal since he not only attested that the administration engaged in a quid pro quo effort to pressure the Ukrainian government into investigating Trump’s foes, but he also connected a lot of Trump’s most prominent allies to the endeavor.

As it were, when Sondland’s name first appeared in the Ukraine scandal firestorm, there were a lot of Trump defenders who pointed to a text message he sent saying there wasn’t a quid pro quo. Sondland has revised his testimony to make it clear that he was echoing the president when he said that, but what did Trump tweet about this about a month ago? Well…

I would love to send Ambassador Sondland, a really good man and great American, to testify, but unfortunately he would be testifying before a totally compromised kangaroo court, where Republican’s rights have been taken away, and true facts are not allowed out for the public….

So, that doesn’t look like it went according to plan.