Trump: Afghanistan Seems to Be ‘The Harvard University of Terrorism’ 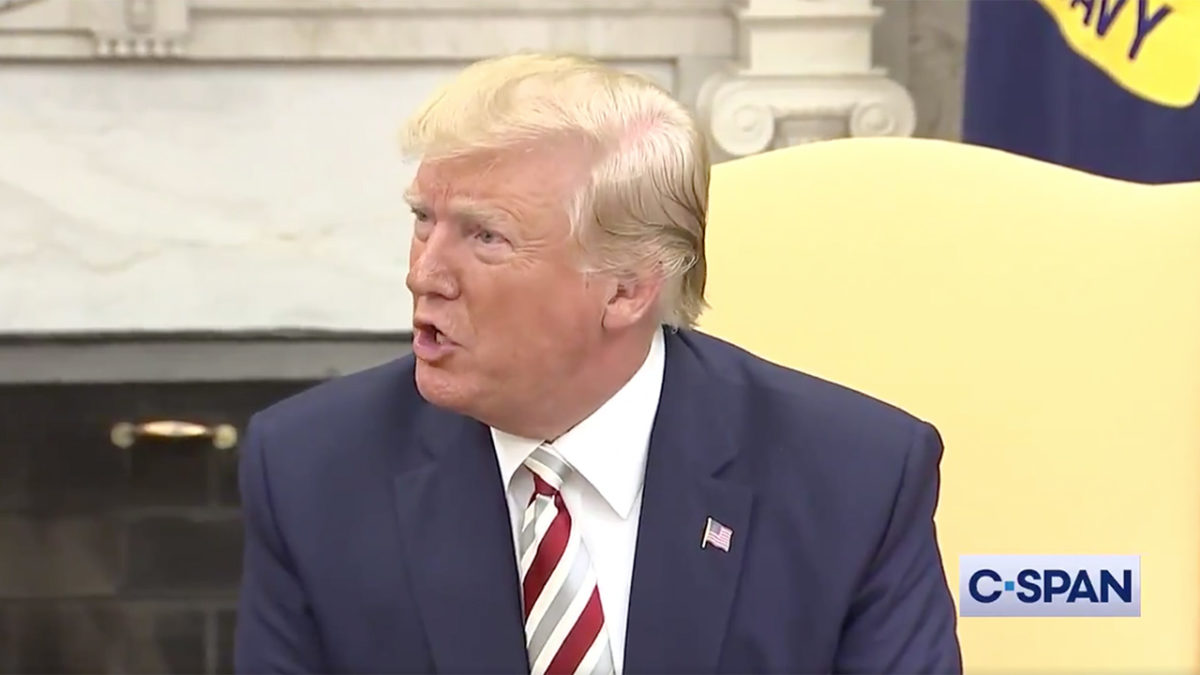 As Afghan peace talks continue, President Donald Trump today talked about the Taliban and referred to Afghanistan as “the Harvard University of terrorism.”

President Trump on Afghanistan: "That does seem to be the Harvard University of terrorism." pic.twitter.com/cma8mT14am

“We’ve been a peacekeeper there in a way for 19 years,” Trump said. “And at a certain point, you have to say that’s long enough.”

Trump added that “we could win that, but I don’t want to do what we have to do to win it.”

He said the negotiations with Afghanistan and the Taliban are ongoing and “we’ll see what happens from it,” adding that the Taliban “would like to stop fighting us.”

You can watch above, via C-SPAN.