Trump Calls for 'NO Violence' in Written Statement

Trump Calls for ‘NO Violence’ or Lawbreaking in Written Statement: ‘ALL Americans’ Should ‘Ease Tensions’ 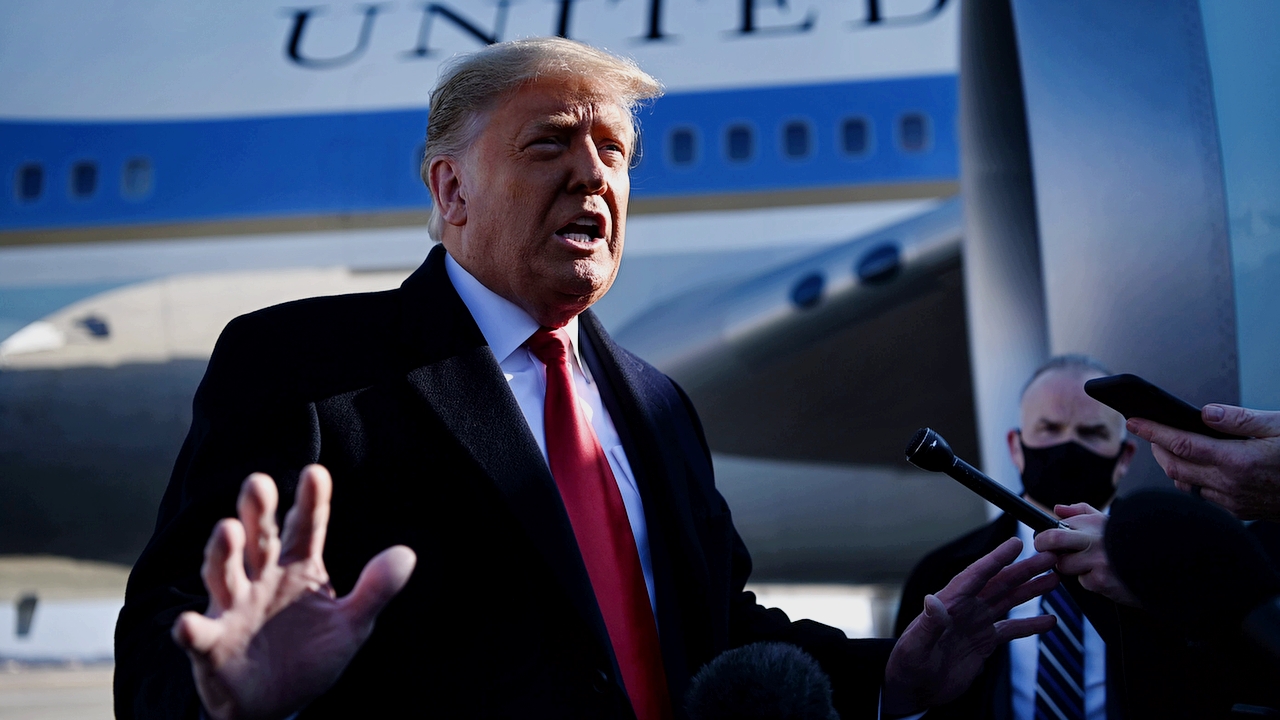 There has been a great deal of concern that there could be more violence over the next week, between now and Joe Biden’s inauguration on January 20th. There’s been reporting of additional threats lawmakers have been briefed on, including a disturbing new report today from The Daily Beast, and security at the Capitol has increased.

Even some top Republican lawmakers have said the president is to blame for stirring up the violent rioting at the Capitol, and many have called on him to make an explicit statement telling his supporters to stay peaceful.

And now it appears he has. In a written statement.

Here’s what the statement reads:

In light of reports of more demonstrations, I urge that there must be NO violence, NO lawbreaking and NO vandalism of any kind. That is not what I stand for and it is not what America stands for. I call on ALL Americans to help ease tensions and calm tempers. Thank You.

Fox News obtained the statement prior to the White House releasing it, and according to their reporting, one Trump adviser said, “President Trump is asking all Americans to join with him in ensuring that there is an orderly and peaceful transition next week. “President Trump is also asking that Big Tech companies join with him in this effort… This is a critical time in our nation’s history and surely we can all come together to deliver this important message and not continue to play partisan politics.”

The House is expected to impeach the president today because of his words and actions that led to the violence at the Capitol. As of this posting, six House Republicans have said they will vote for impeachment. Other reports have indicated some Republicans have legitimate fears of threats if they vote to impeach.

It is unclear at this moment whether the president will make a public speech reiterating this message out loud. Last week in his video telling people to be peaceful and go home, he started by repeating the lie that the election was stolen.