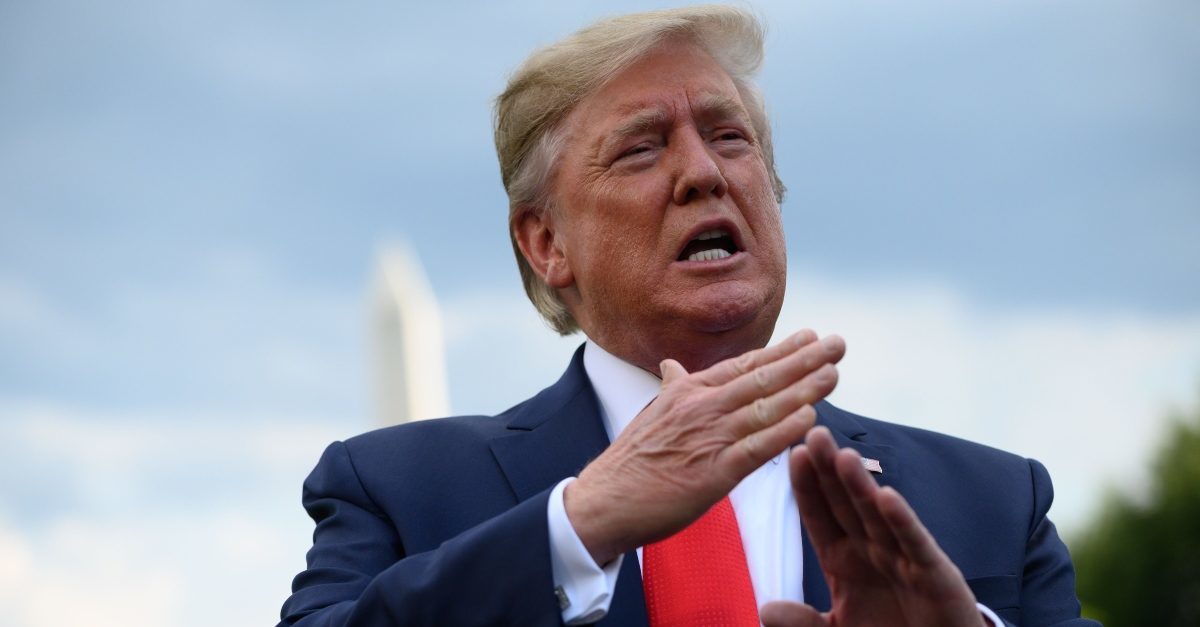 President Donald Trump offered his insights into the ongoing impeachment inquiry into his alleged attempt to bribe Ukraine officials. The Trump administration has admitted to withholding Congressionally-approved military aid, but was that tied to a request to announce a politically-damaging investigation into former Vice President Joe Biden? Well, that’s what the impeachment inquiry is all about.

After holding a political rally in Louisiana, the president flew back to the White House and shortly before midnight, Trump cited a recent Interfax Ukraine report in which Ukrainian Foreign Minister Vadym Prystaiko said there was no link between military aid and an investigation.

According to a Reuters report:

Trump and his allies are accused by Democrat opponents of freezing nearly $400 million in security aid to Ukraine to pressure President Volodymyr Zelenskiy to open investigations into Biden, Trump’s main rival for the 2020 presidential race.

Trump amplified this Ukraine report just before midnight via Twitter, following with an ALL CAPS proclamation that “THE FAKE IMPEACHMENT INQUIRY IS NOW DEAD!” Trump tweeted:

Democrats must apologize to USA: Ukrainian Foreign Minister Vadym Prystaiko said that “United States Ambassador Gordon Sondland did NOT link financial military assistance to a request for Ukraine to open up an investigation into former V.P. Joe Biden & his son, Hunter Biden…..

….Ambassador Sondland did not tell us, and certainly did not tell me, about a connection between the assistance and the investigation.” THE FAKE IMPEACHMENT INQUIRY IS NOW DEAD!

It is not clear whether the House Intel Committee leading the impeachment probe into President Trump will take the Interfax Ukraine report into account, or follow Trump’s suggestion that the “inquiry is now dead” and cancel scheduled hearings.