Trump 'No Comment's on Whether He's Happy With Mick Mulvaney 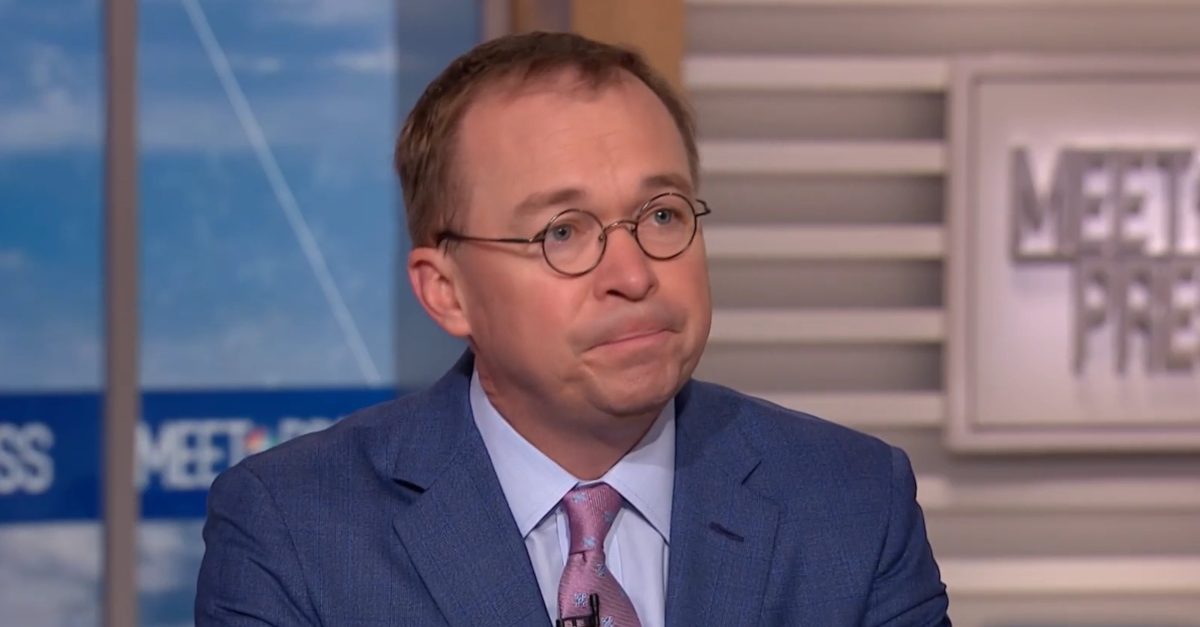 President Donald Trump offered a “no comment” when asked if he’s happy with acting Chief of Staff Mick Mulvaney.

Mulvaney’s been in the spotlight since his recent press conference and subsequent attempt at a walk-back on a Ukraine quid pro quo. There had been reports about Trump looking at replacements for Mulvaney. One of those reports said the president spoke to Steve Mnuchin and Kellyanne Conway, though he publicly denied that:

The Washington Examiner interviewed the president this week and asked about Mulvaney:

Asked during an Oval Office interview with the Washington Examiner if he is happy with the job Mulvaney is doing for him, Trump demurred.

“Happy?” he said, mulling the question. “I don’t want to comment on it.”

Instead, Trump offered a general defense of his senior team and said some West Wing “bedlam” was the inevitable result of an administration that had been besieged by federal investigations and congressional subpoenas from Day One.

The Examiner‘s report adds that when asked about Republican senators being frustrated with Mulvaney, the president responded, “I could see that.”

Trump was asked about Mulvaney today and had this to say:

We asked just now if Trump is weighing replacing Mulvaney. "I like Mick Mulvaney," he says. "I have a very good relationship" with him. https://t.co/ftVezORYc1