Trump Gets Brutally Mocked For Claiming King of Israel Status: ‘Thinks He’s Jesus. That’s Where We Are’ 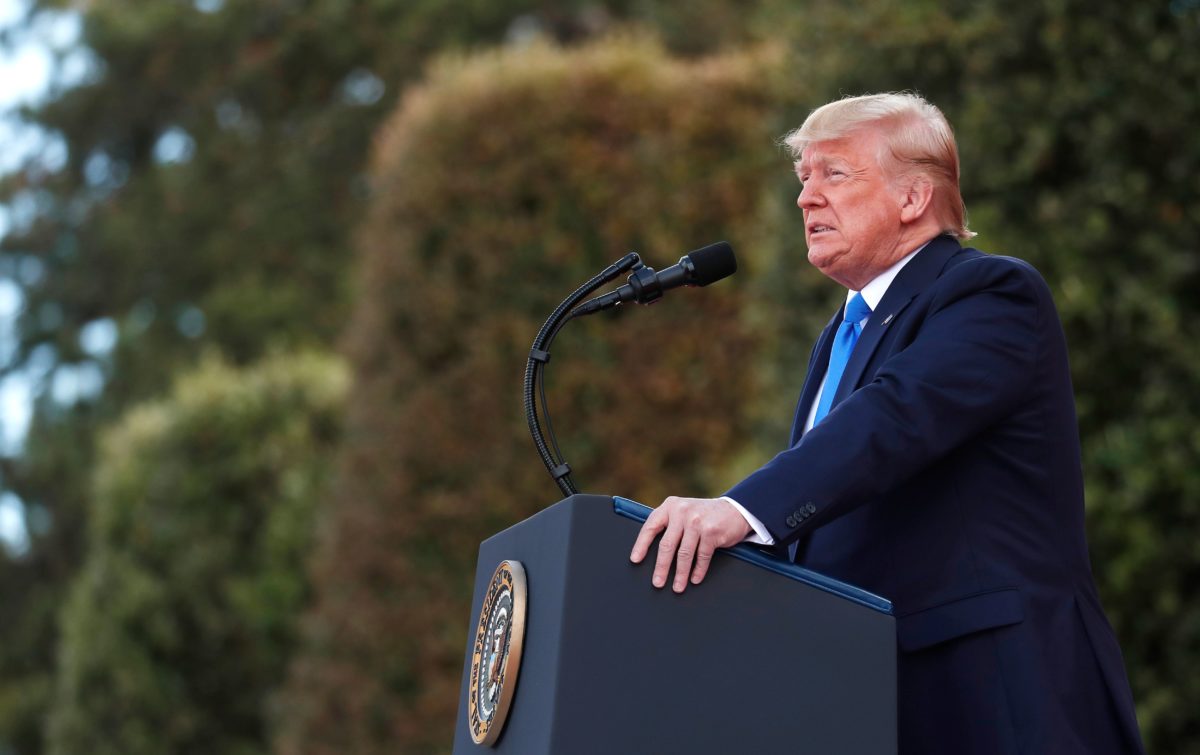 Twitter users expressed a collective thousand-yard stare after President Donald Trump praised a supporter claiming Israelis viewed him as their king and as the Second Coming.

On Wednesday morning, Trump tweeted out praise of himself from far-right writer and radio host Wayne Allyn Root, who claimed Israelis love Trump “like he’s the King of Israel. They love him like he is the second coming of God.”

DID YOU KNOW I’M THE KING OF ISRAEL?! MANY PEOPLE ARE SAYING IT. pic.twitter.com/PRd7Xuh6DN

Who is the greatest king in the history of Israel?

If you were writing a novel where the villain tried to buy Greenland and then declared himself the King of Israel, every editor would turn it down for being too unrealistic.

When ‘King of Israel’ is trending and you already know it is because Trump believes that’s how he is viewed by Jewish people in Israel. pic.twitter.com/z1CLKZNcnO

In the past 24 hours Trump cancelled a trip to Denmark because it wouldn’t sell him Greenland, referred to American Jews who vote Democratic as disloyal, and tweeted Israeli Jews view him as the “second coming of God” and the “King of Israel.”

The King of Israel? The second coming of God? He thinks he’s Jesus. That’s where we are. https://t.co/nNUCGuNP1D

We have reached a point as a civilization where “King of Israel” is trending on Twitter and it is about Donald Trump, the President of the United States.

Once Trump finds out the price of an apartment in Tel Aviv he’ll regret calling himself the King of Israel.

The president kicks off his morning by referring to himself as the King of Israel and the Jewish messiah https://t.co/rxYYUMjBMj

Nothing but respect for our King of Israel https://t.co/LZLXHK8MvE

Your daily reminder: In America, we’re not ruled by Kings. And we’re certainly not ruled by God, the second coming of God, a messiah, or any King of Israel.

If someone said he was the “King of Israel” and the “second coming of God,” and got mad because he couldn’t buy Greenland, you’d probably be talking about a mental health evaluation.

But in the USA in 2019, we call this person “Mr. President,” and this situation “Wednesday.”

The president quoted a “Jew turned evangelical Christian” saying that in Israel, Trump is loved like the “king of Israel” and “the second coming of God,” but I’m not sure either Jews or Christians would endorse that theologically.
https://t.co/KOTBMKlh2c https://t.co/qfITixsjJn

You know it’s going to be a weird day when you open up Twitter and “King of Israel” is trending.