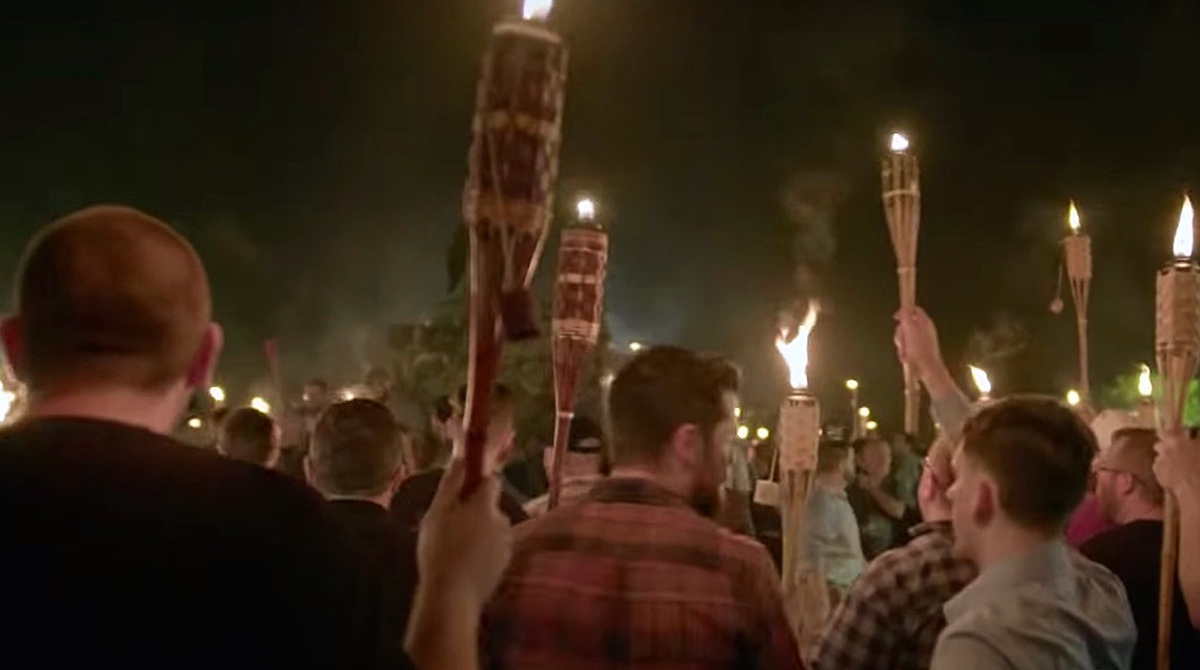 Joe Biden‘s presidential launch thrust back into the spotlight President Donald Trump‘s infamous comments that there were “very fine people on both sides” of the 2017 Charlottesville rally.

This coincides with a parallel effort, conceived by right wing pundits, to whitewash the history of the “Unite the Right” rally and exonerate Trump of his widely condemned remarks.

The 2017 event, organized by white nationalists to protest the removal of a statue of Confederate general Robert E. Lee, erupted in clashes between protestors and counter-protestors. The violence came to a head when a neo-Nazi plowed his car into a crowd, killing a counter-protestor named Heather Heyer. In remarks after the event, the president said that “both sides” were to blame for the violence.

Trump added there “were very fine people on both sides” of the protests, sparking outrage. The president noted that he was “not talking about the neo-Nazis or the white nationalists because they should be condemned totally.”

Trump’s remarks were widely condemned at the time, by both his supporters and detractors.

Yet in the years since, a theory that he was taken out of context has been birthed. It’s origins are hard to trace. The Daily Beast reported the theory originated with Scott Adams, the Dilbert cartoonist with a penchant for Seth Rich conspiracies. Breitbart editor Joel Pollack eagerly embraced the theory, waging a fierce war to clear Trump’s name. Trump surrogate Steve Cortes dubbed criticism of the president’s comments “the Charlottesville hoax.” Eventually, the idea made it on the air at Fox News thanks to contributor Mollie Hemingway, a writer at the Federalist. Fox News reporter Doug McKelway, a member of the network’s news division, pushed the theory (and was scolded for it by a colleague) in leaked internal emails.

As recently as Thursday night, following the release of Biden’s video, Fox News host Raymond Arroyo covered the so-called Charlottesville hoax as if it were settled fact.

“Biden is simply wrong,” Arroyo said. “The president was not referring to the white supremacists in Charlottesville as fine people.”

It feels as though this has been pointed out ad nauseam, but apparently still needs to be made clear.

Here’s a flyer from the event, via Tim Miller: 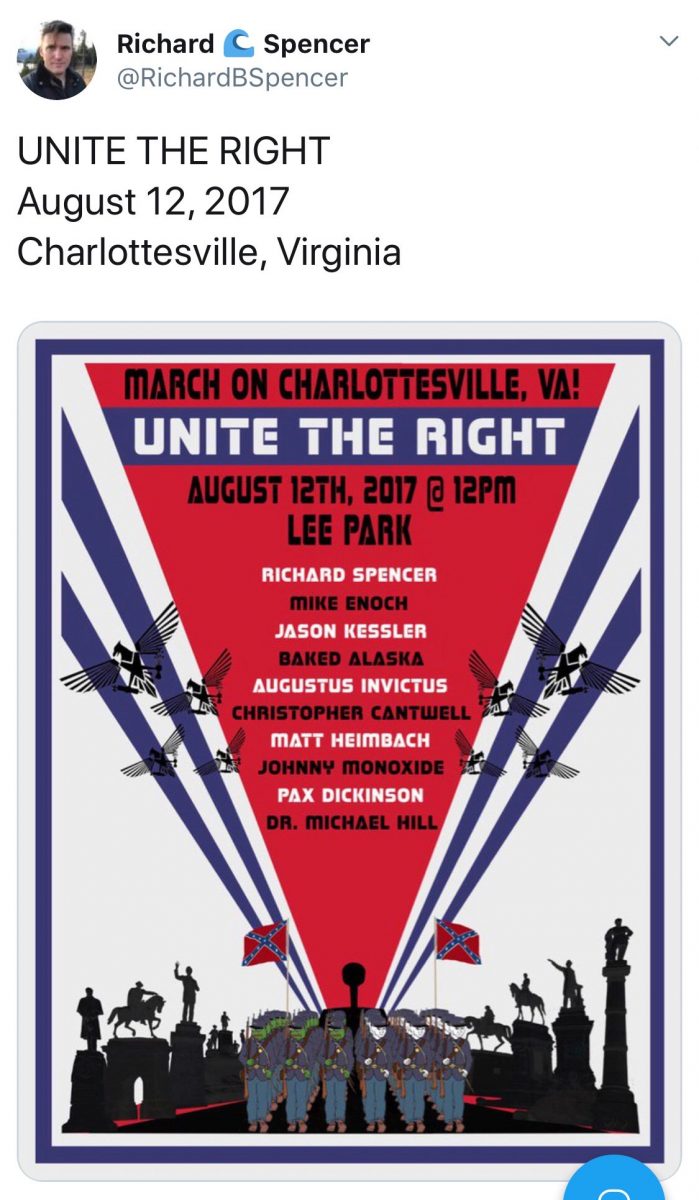 The night before the rally, protestors marched through the University of Virginia. The group brandished torches, shouted Nazi slogans and chanted “Jews will not replace us.” One banner, according to the Washington Post, read “Jews are Satan’s children.” The torch-lit rally was widely covered.

It’s mind-boggling to think that Trump’s supporters genuinely believe “fine people” could have stumbled into such a rally, without realizing what it stood for. Perhaps the fine people were so blinded by their Robert E. Lee fetishism they didn’t look up to see the tiki torches.

Trump appears to suffer from that affliction. When asked about his Charlottesville remarks on Friday, he doubled down.

“If you look at what I said, you will see that that question was answered perfectly,” Trump told reporters. “I was talking about people that went because they felt very strongly about the monument to Robert E. Lee — a great general, whether you like it or not.”