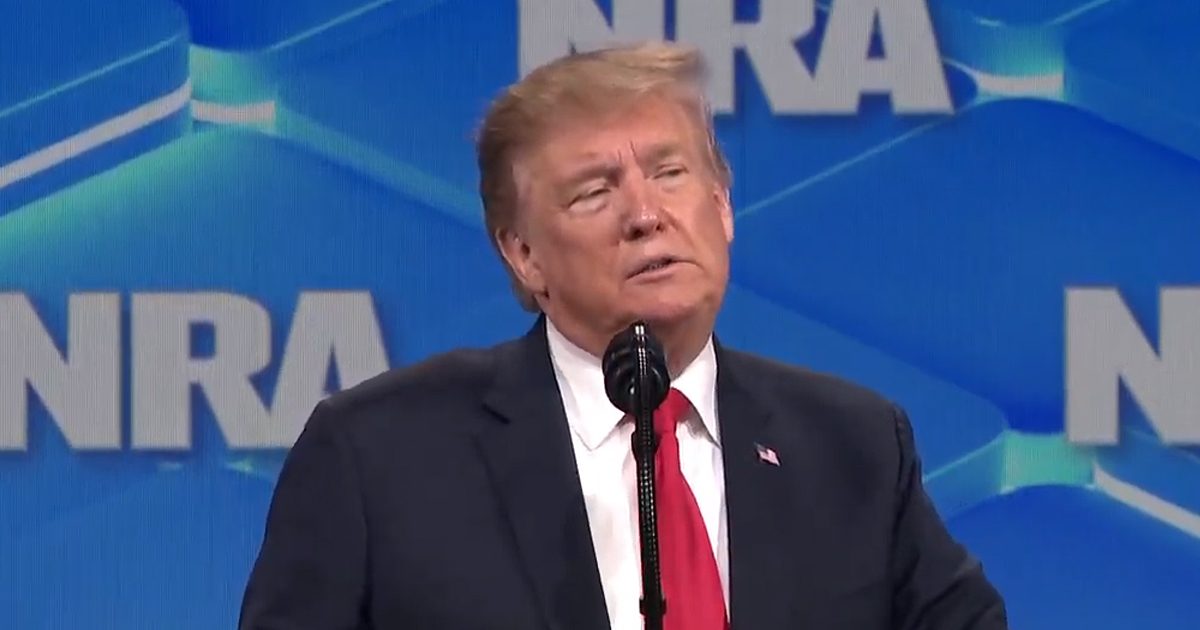 Trump, whose comments to LaPierre were reported by The Atlantic, made the guarantee during a phone call on Tuesday afternoon — a day after he told reporters that the U.S. already has “very strong” background checks and warned that increasing such measures could lead to a “slippery slope” where all guns are taken away. One source told The Atlantic that Trump cemented “his stance that we already have background checks and that he’s not waffling on this anymore” during his chat with the NRA chief.

“He doesn’t want to pursue it,” the unnamed person familiar with the conversation added, adding that instead of universal background checks Trump is considering “increasing funding” for mental health programs and using the Justice Department to federally prosecute “gun crime.”

LaPierre appeared to respond to The Atlantic‘s report on Tuesday, as he tweeted about his phone call with the president via the NRA’s Twitter account.

“I spoke to the president today. We discussed the best ways to prevent these types of tragedies,” he wrote. “Trump is a strong #2A President and supports our Right to Keep and Bear Arms!”

I spoke to the president today. We discussed the best ways to prevent these types of tragedies. @realDonaldTrump is a strong #2A President and supports our Right to Keep and Bear Arms! – Wayne LaPierre

The president’s bending to the NRA goes contrary to comments he made shortly after the recent mass shootings in Dayton, Ohio and El Paso, Texas, in which Trump said, “Republicans and Democrats must come together and get strong background checks, perhaps marrying this legislation with desperately needed immigration reform.”

While speaking in the Oval Office on Sunday, the president appeared to revert back to an NRA aligned position:

“People don’t realize, we have very strong background checks right now. But we have missing areas, and areas that don’t complete the whole circle. And we’re looking at different things. And I have to tell you that it is a mental problem. And I’ve said it a hundred times it’s not the gun that pulls the trigger, it’s the people.”