Trump Reportedly Gloated About Acing Cognitive Test: ‘Aren’t a Lot of People That Can Do That’

Trump Reportedly Gloated About Acing Cognitive Test: ‘Aren’t a Lot of People That Can Do That’ 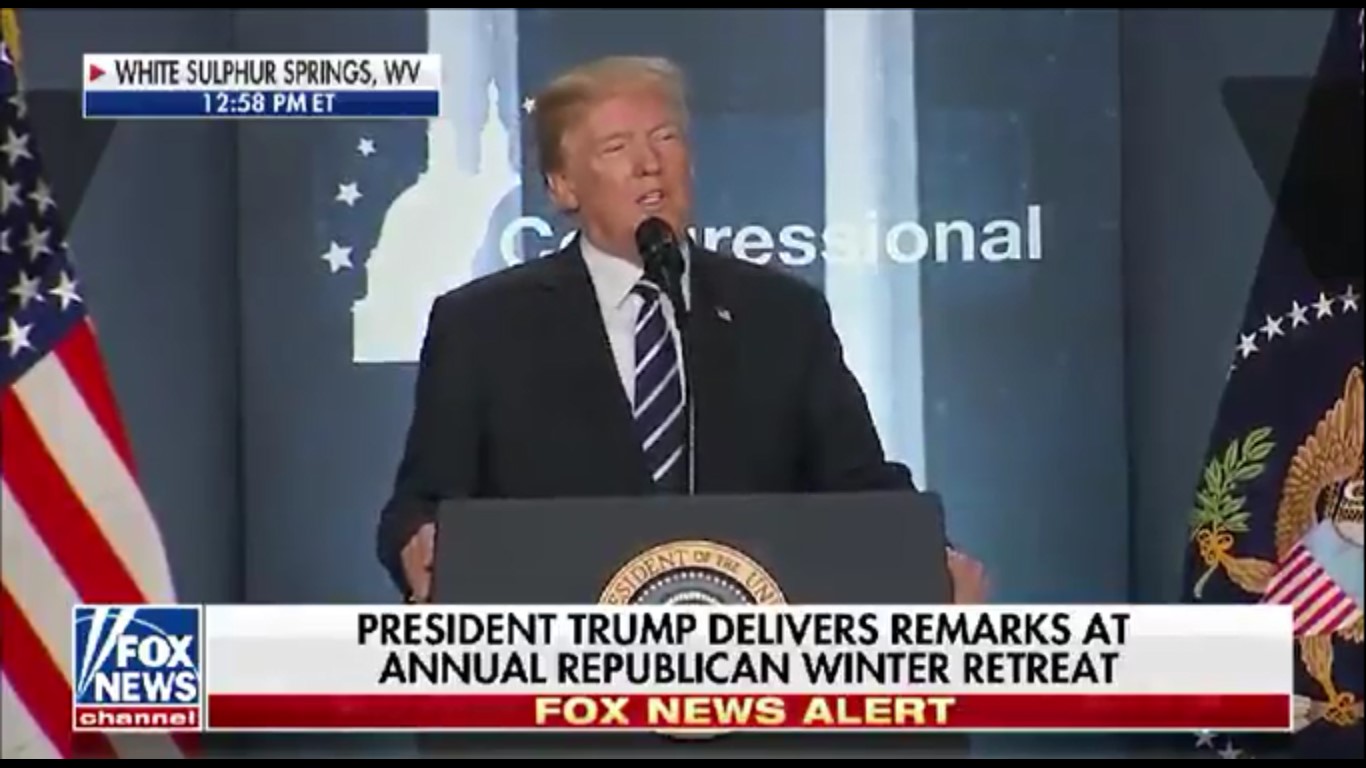 President Trump is reportedly so pleased with his recent medical examination that he boasted about it when he spoke with the Republican National Committee recently.

There was a good level of intrigue last month when White House physician Dr. Ronny Jackson examined the president and gave him a clean bill for his physical and mental health. Trump spoke before the RNC’s annual Winter Meeting last night, and even though the media was sent away after, Breitbart says they’ve obtained audio of the president bragging about how he scored “30 for 30” during his cognitive test.

He said that in the beginning of the test, he had to identify sketches of animals, which was pretty easy.

Later in the test, he explained, he had to repeat disassociated words as the test administrators asked him to repeat them at different points in the test.

“Let me tell you, those last ten questions are hard,” he said, and added. “There aren’t a lot of people that can do that.”

Breitbart also reported that Trump gloated about spending nine minutes on the treadmill instead of the five the doctor asked for, and he also talked about how he’s never needed knee and hip replacements like other people he knows. Trump was surrounded by friendly faces last night, so it might not surprise anyone that he also apparently took shots at the media between remarks about how well the Republican Party is doing.

So…maybe it’s true then, Trump IS a “very stable genius.”