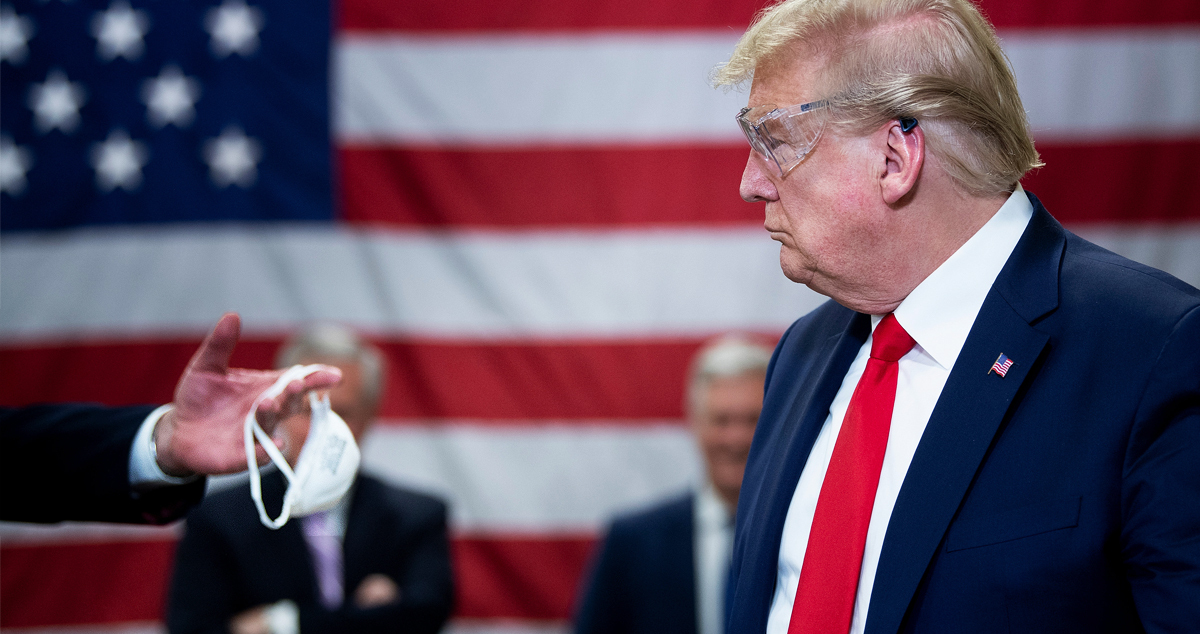 On Thursday morning, President Donald Trump‘s Twitter featured a flood of eyebrow-raising tweets and retweets, from promoting a video that said “the only good Democrat is a dead Democrat” to “Obamagate” to pimping a tweet that called medical masks are an endorsement of slavery. “So many viewpoints,” marveled Trump.

The article was from Trump-devoted site The Federalist, which Trump shared as a quote retweet from pro-Trump author Lee Smith. Smith reacted to the article, written by attorney and director of the Phyllis Schlafly Virginia Constitution Center Molly McCann, as saying that “masks aren’t about public health but social control. Image of Biden in black mask endorses culture of silence, slavery, and social death.”

So many different viewpoints! https://t.co/DCesPbJu5M

In the article itself, McCann argues that masks are not for health but an organized plot with many conspirators designed as “a critical predicate conditioning” for Americans to accept “rule by executive fiat.”

Incidentally, President Trump will be expected to announce an executive order regarding social media today, after suggesting on Wednesday he might shut down private business like Twitter for being unfair.