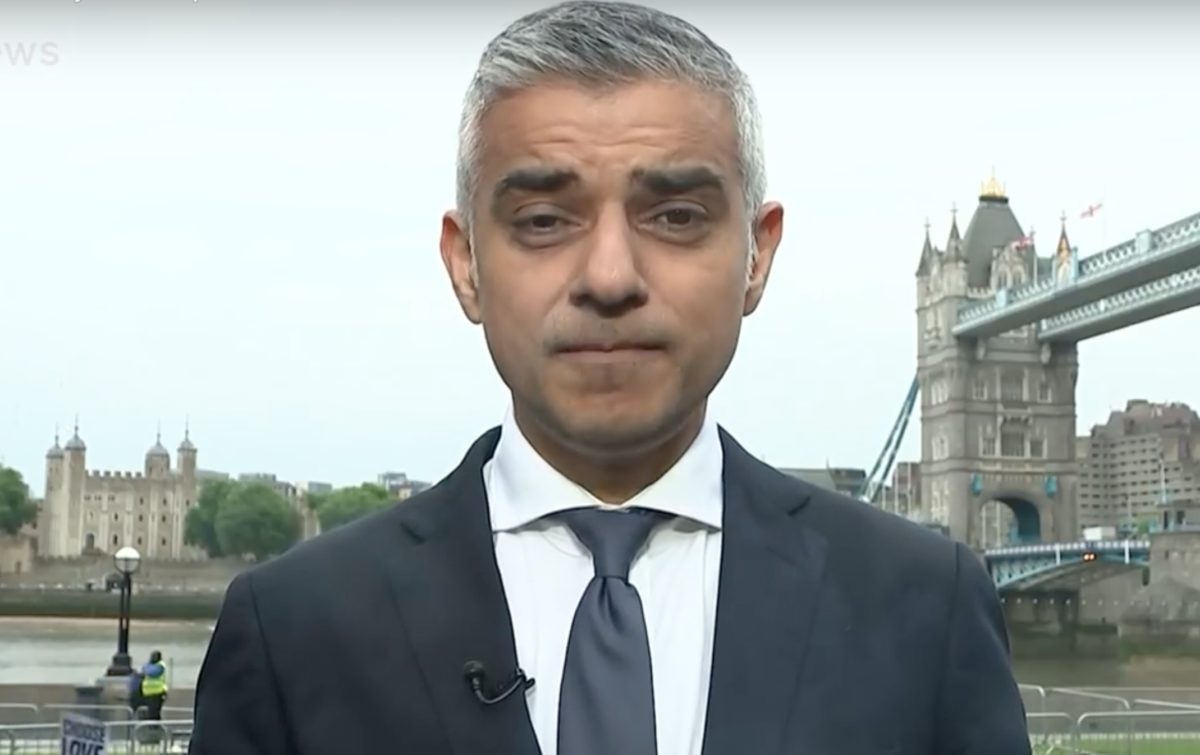 President Donald Trump‘s state visit to the United Kingdom got off to an awkward start on Monday since he went after London Mayor Sadiq Khan as Air Force One was getting ready to land.

.@SadiqKhan, who by all accounts has done a terrible job as Mayor of London, has been foolishly “nasty” to the visiting President of the United States, by far the most important ally of the United Kingdom. He is a stone cold loser who should focus on crime in London, not me……

….Kahn reminds me very much of our very dumb and incompetent Mayor of NYC, de Blasio, who has also done a terrible job – only half his height. In any event, I look forward to being a great friend to the United Kingdom, and am looking very much forward to my visit. Landing now!

Trump followed this up by telling people to boycott AT&T because of his hatred for “fake news” CNN.

Trump and Khan’s mutual dislike has been known for some time, but this latest spat comes after the London mayor penned an op-ed for The Guardian that blasted the president and compared him to fascist, autocratic leaders from the 20th century. Khan also recommended that outgoing prime minister Theresa May use this opportunity to issue a denouncement of Trump “and the far-right agenda he embodies” from around the world.

Here is how Khan responded to Trump via a spokesperson.

NEW: @SadiqKhan responds to Trump – calls the US president “far right” and says his tweets this morning are “much more serious than childish insults” pic.twitter.com/n6BqlcTl53