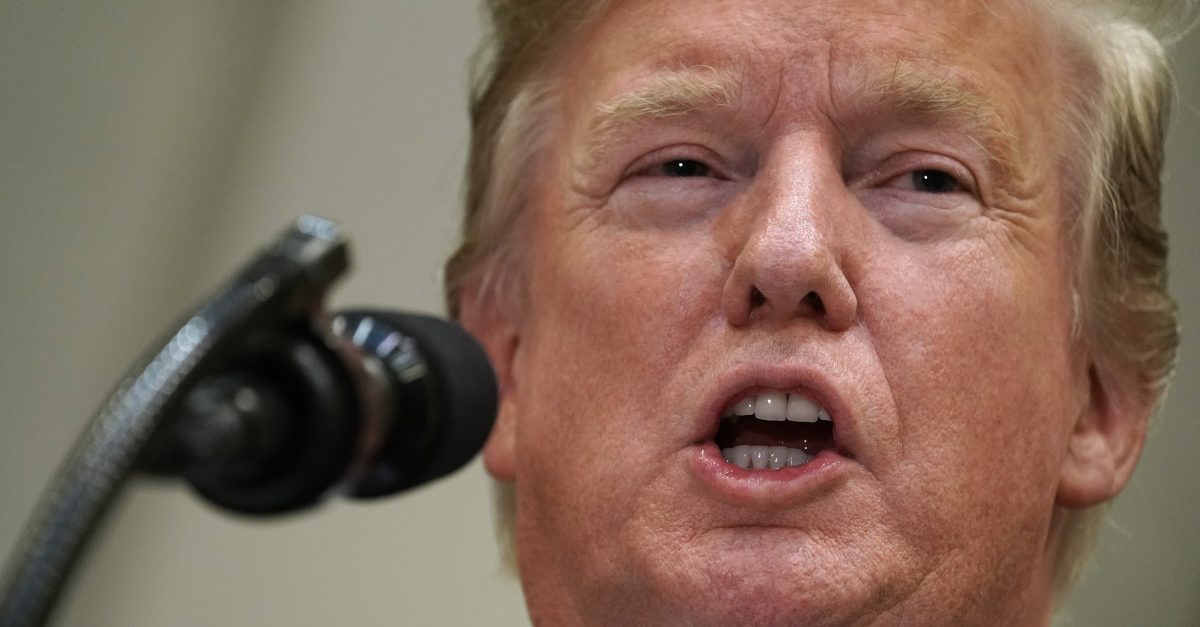 President Donald Trump has just arrived in the United Kingdom for a multi-day diplomatic visit to America’s longest and strongest ally, and what is his first message upon arrival? What else — the blaming of CNN’s coverage and questioning of their new corporate owner, AT&T.

Just arrived in the United Kingdom. The only problem is that @CNN is the primary source of news available from the U.S. After watching it for a short while, I turned it off. All negative & so much Fake News, very bad for U.S. Big ratings drop. Why doesn’t owner @ATT do something?

Shortly after he followed with a strong suggestion of boycotting AT&T because of CNN’s coverage:

I believe that if people stoped using or subscribing to @ATT, they would be forced to make big changes at @CNN, which is dying in the ratings anyway. It is so unfair with such bad, Fake News! Why wouldn’t they act. When the World watches @CNN, it gets a false picture of USA. Sad!

What was happening on CNN just before Trump tweeted? A deep dive segment into Trump’s denial of calling Meghan Markle “nasty” despite audio existing in which he clearly says of Prince Harry’s wife “I didn’t know that she was nasty.”

NY Times reporter Maggie Haberman was featured in this segment from London, and mere minutes before Trump fired the anti-CNN salvo, she offered this analysis of the “nasty” dust-up:

This is a classic of the Donald Trump genre. He’ll say something that could be interpreted in two ways. He could say she’s personally nasty or her comments were nasty. He wasn’t clear. Instead of owning it he torches anyone who notes it and says he didn’t do it in the first place. Then people talk past each other as to what he meant. He clearly said it. He was responding to something she had said two and a half years ago that he appeared surprised by. He did use the word nasty. He has a habit of saying that things didn’t happen when there isn’t audio or video. Sometimes he does it when there is.

So perhaps this commentary piqued Trump’s ire and motivated him to hit out at CNN? Or perhaps it was simply a coincidence.