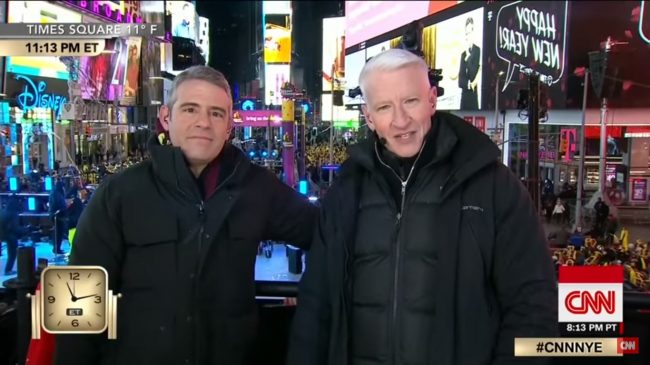 In their first pairing as co-hosts of CNN’s New Year’s Eve live coverage, Anderson Cooper and Andy Cohen gave the network its best-ever ratings for a NYE special. Beyond that, CNN dominated not only cable news coverage as the nation rang in 2018, but topped all of cable.