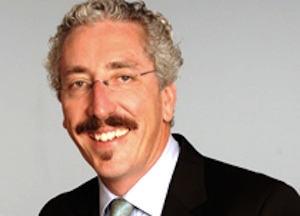 ABC News chief Ben Sherwood announced the move in an email to staff, saying Murphy would remain at ABC News through “mid March.” GMA‘s executive producer, Tom Cibrowski, will remain in that role as ABC “charts a new course for GMA.”

I’m writing to share some important news about GMA.

A talented and experienced newsman, Jim has been a valued leader at Good Morning America for almost five years. Indeed, for three consecutive years under Jim’s leadership, GMA won the Emmy Award for Best Morning Show. He has literally taken our viewers around the globe, providing the news and information they need to understand their lives and the world.

On a personal level, I had the privilege of handing over the GMA reins to Jim in September of 2006. I came to know him during our brief time working together and over the past years as a friend and journalist.

We are all in Jim’s debt for his hard work and many contributions to ABC News. And we wish him the very best.

As we chart a new course for GMA, I’ve asked Tom Cibrowski to continue serving in his current and essential role as Executive Producer of GMA. Tom is a strong and hard-charging leader with remarkable instincts and abilities in news. Again, I had the opportunity to work closely with Tom and know that he has even more to offer GMA and ABC News.

I believe in the model of a partnership at the top of GMA to drive and guide the program at all levels. In the days ahead I plan to announce a new leader who will work closely with Tom and the whole team at GMA.

Jim is staying at ABC News through mid-March. Between now and then, please join me in thanking Jim and congratulating him on his new adventure.